Having successfully avoided them all of my life, in the last two months I have surprisingly found myself in quarries – and loving the experience.

Recently, I attended the acclaimed play adaptation of Kate Grenville’s The Secret River, as part of this year’s Adelaide Festival. The play was staged on a quarry floor, in the foothills of Adelaide, and the audience was seated facing in to the quarry wall.

It was an inspired choice of venue, evoking the agelessness of this ancient land. The last light of the summer evening bathed the yellow stone walls of the quarry in golden light, as we watched the tragic story of two Australian families unfold.

And just a few weeks earlier, in the chilly northern winter, we were invited to visit the glorious Butchart Gardens on Vancouver Island, off the coast of Canada.

These gardens also speak of the history of a region, having been developed on the site of an exhausted quarry owned by Robert Butchart.

Robert and his wife Jenny lived near the quarry. In 1909, when the limestone extraction was completed, Jenny set about turning the quarry pit into a sunken garden.

Clearly on a roll, she also commissioned Japanese garden designer Isaburo Kishida to design an Oriental tea garden for their estate. Throughout the 1920s, she then turned her very artistic eye to the tennis courts and kitchen gardens, transforming them into an Italian garden and extensive rose gardens. 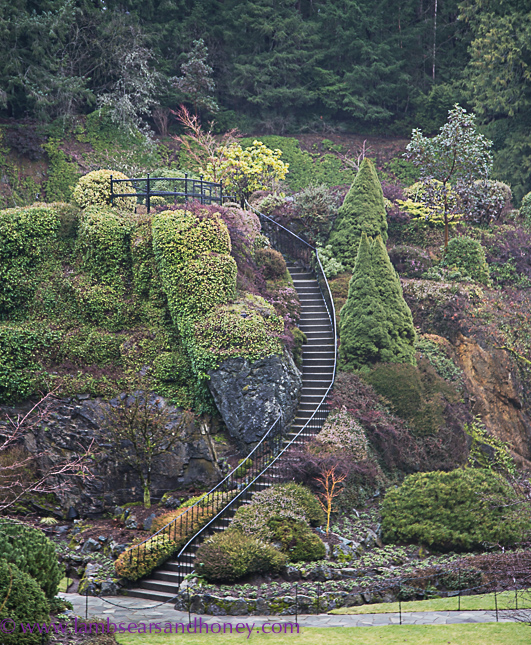 The Butcharts eventually handed the house and gardens over to their grandson, Ian Ross, who continued their legacy, developing the house and grounds into what is now one of the top tourist destinations in the region and a National Historic Site of Canada.

The Butchart Gardens  are world-renowned for their floral displays, and each year more than a million bedding plants in some 900 varieties bloom from March through to October.

Happily, this special spot is still family-owned, with the current owner proudly continuing the legacy, hosting a continuing program of concerts, fireworks displays and community events.

While it was the dead of winter when I visited, there was still plenty to be enchanted by in these gardens. 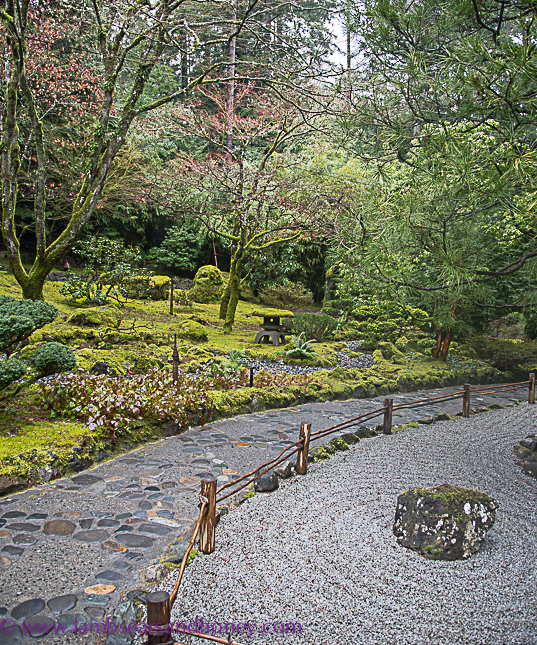 Thoughtfully, in the winter months, the Butchart cafeteria is cleared and transformed into a glorious riot of spring colour. Parts of the house are open for visitors to explore and, no matter the season, there is much to give joy in the rest of the gardens.

South Australian writer Amanda McInerney writes about travel and food on her Lambs’ Ears & Honey blog, where this article was originally published.

Getting there: Vancouver is part of the Canadian province of British Columbia. Daily flights operate between Calgary and Edmonton in Canada to Vancouver Island. Floatplane and helicopter services offer access to some of the island’s more remote locations.

Butchart Gardens are a 30-minute drive from Victoria, the island’s main arrival point.

Other activities: The island has many colourful communities and rugged wilderness areas to explore, as well as a unique history and culture centred on its First Nations people. Activities include whale-watching and wildlife tours, rainforest hikes, kayaking, surfing, fishing, and brewery, wine and distillery tours. Read more here.