Perhaps not the more expensive cuts, which range up to $120kg for strip loin and $100 for scotch fillet in Adelaide butchers, but with waygu, even the cheaper cuts such as brisket, knuckle and hanger steak are meltingly tender due to their high fat content.

This was demonstrated recently to around 20 Adelaide chefs who sat down to a five-course menu prepared by Windy Point executive chef Justin Miles and his head chef Brendan O’Keefe.

Wagyu are Japanese beef cattle, now the most prized beef breed in the world, and Mayura Station, with 7500 of them, claims to have the largest totally full-blood herd in the world. Owner Scott de Bruin says his company, with a breeding herd already totalling 2600 cows, plans to triple production in the next few years with more than 70 per cent already going to China, Singapore and Hong Kong. 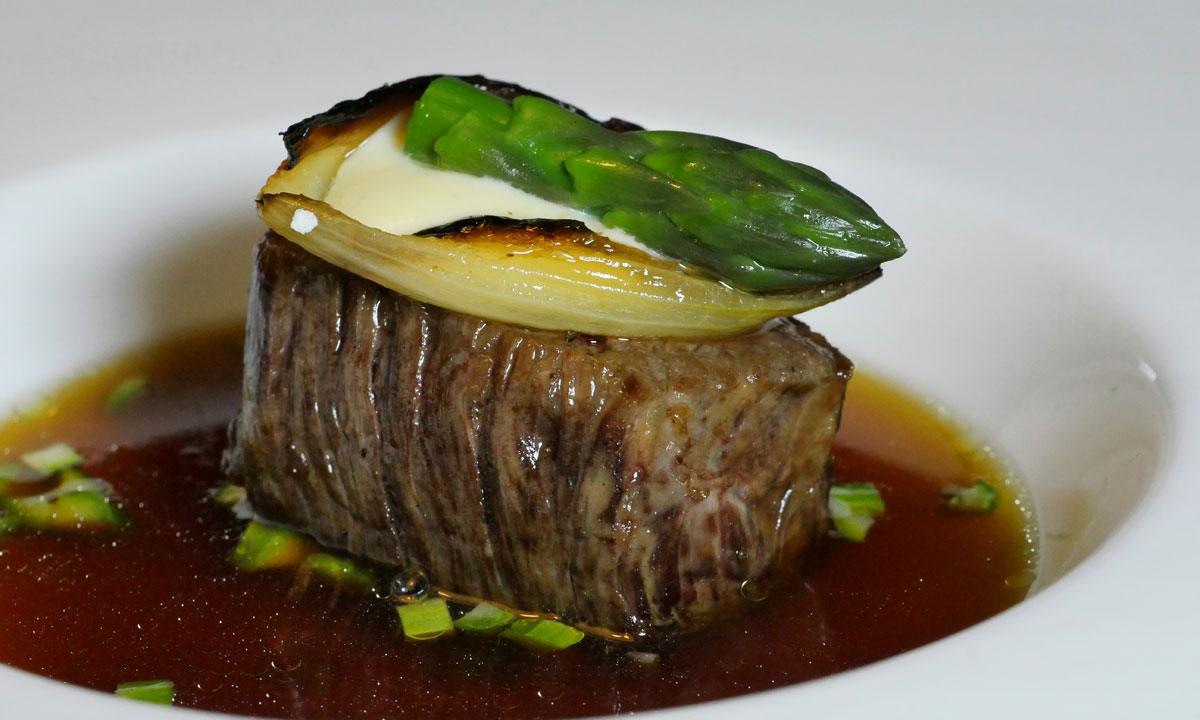 The animals are big beasts, with a dressed weight of around 800kg as opposed to your regular angas at 500kg, which means the really cheap cuts such as hanger steak (bavette) are much thicker and still heavily marbled and tender. This is something Miles and his team exploited with a very cute bavette tartare tucked into charcoal black cones, and a cube of seared bavette in a puddle of intensely-flavoured beef consommé topped with parmesan custard and asparagus.

There was rump cap carpaccio with squid ink aioli; three cubes of short loin rib – each cooked sous vide at 62.5 degrees for 24, 48 and 72 hours – served with cauliflower puree; and the piece de resistance, a couple of 2kg rib-eye steaks to share.

It could have been a daunting experience for Miles and O’Keefe to cook dinner for 20 of Adelaide’s best chefs, but Miles was sanguine about it: “As a chef I knew what I could do to sing to their hearts,” he said. And he did. 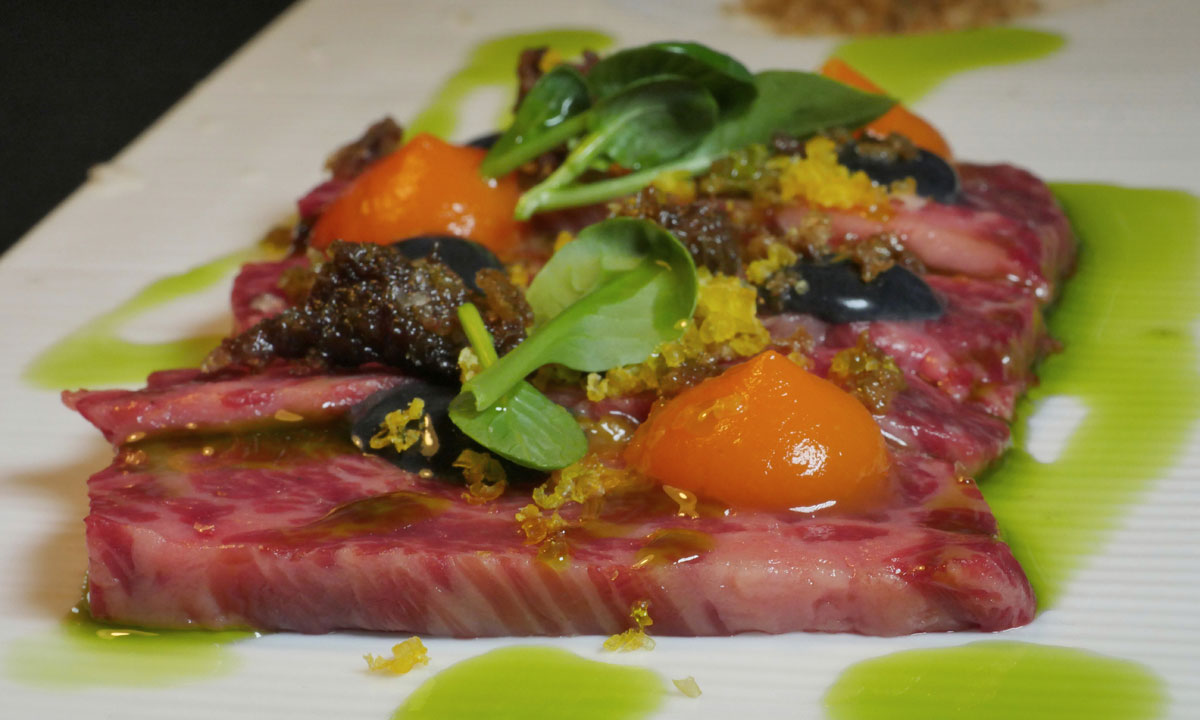 Although raw waygu beef looks uncomfortably fatty, de Bruin is quick to point out that wagyu fat, unlike other types of beef, is high in “good fatty acids” such as omega-3 and omega-6, similar to that found in deep-sea fish such as salmon and tuna. He demonstrates the fat’s low melting point by handing out tiny cubes of it for the chefs to melt between their fingers.

Like us, waygu cattle are what they eat, and herein lies Mayura Station’s secret. You might expect these cows to feed on a carefully calculated diet of pasture grass and specially blended grains.

But the finishing touch comes in their final four months, when they live in the Mayura Moo Cow Motel, a five-star finishing establishment in a large barn, where each day they’re fed 2kg of Arnott’s biscuits, Cadbury chocolate and Allen’s lollies.

Nothing to beef about there.