Lucky to have perched more than most at the bar at the bustling Salopian Inn, I have made a bit of a study of gin chaos. It stocks well over 100 gins, many of them the work of the new wave of hipster or craft distillers.

Of course the intention is not to encourage customers to drink them all. Not at once, anyway. One can be goaded through a tasting of selected types. One even has a choice of craft tonics.

But however I look at it, that wall of gin seems chaotic, even threatening. Sinister. A lot of people have a lot to learn about making good gin. Vodka with herbs.

Add to this spiritous realm the entire walls of deconstructionist post-truth wines that are blooming malignantly in many cellars, bars and diners, often masquerading as natural, and we begin to see what I was taught to recognise as a mess.

Usually of the belief that most people are too stupid to actually conspire, I nevertheless think it’s no accident that the destructive reactionary orange flash of Trump coincided with the advent of orange wine.

Not to mention the new army of beer-makers. Or producers of beer made largely by other people somewhere else in bigger factories that the nuts-and-berries-pretender-vendor would prefer you to overlook. Beers flavoured with chocolate, coffee, honey and ginger seem quite faddy.

To deal with this fractured market, another army of instant critics foments away on the blogs and gossponds of the cobweb, trumpeting forth like seasoned scholars of the sauce; gooing lugubrious praise on products that didn’t exist the day before. Instant provenance. Just whip it in.

Regular readers may recall me suggesting that such chaos was utterly predictable. Once nearly all the beer in Australia began to smell like Carlton United hop essence one could see the unrest fomenting as boutique brewers first tentatively appeared in pubs like Coopers Alehouse, the Lord Nelson and the Port Dock in the later ’80s.

They came and went in waves. Now it’s tsunami in proportion. Fractal chaos!

Same in the wine world. Submerging the country in very ordinary Chardonnay for 20 years didn’t help much with variety and texture in the marketplace: somebody with a beard was certain to make a break back toward the days when viands actually varied.

One of the first such knights to get errant and loose in the plonk cosmos was one Kevin John Casmir Jacob Donovan Symons, who bought the Auburn Temperance Hall from Rick Robertson in 1982 and filled it with barrels of fortified, largely of a sort of portish variety.

Having previously worked at Golden North Ice Cream, Symons recommended his customers wander across the road to the Golden North deli so they could blend his marsala with the cool honeyed ice.

This early example of what has become known as “pairing” opened a window of what the vigneron saw to be opportunity: he began blending flavour essences and whatnot with this fortified grape juice, to be sold in handbag-sized (200ml) bottles.

His chocolate port and blackberry nip were novel enough as far as quirky tinctures went; I drew the line when he claimed to have perfected the steak-and-kidney pie port with some strange essence he’d procured.

Thirty-five years later I notice Black Stump Wines setting up over the ridge from Auburn in the Riverton Railway Station, proudly offering a range of flavoured fortified Rieslings in 375ml bottles: Riesling Forte Lime Fresco, Lemon Fresco, and Mandarinho, which makes a bit more sense than torturing port ’til its tastes like steak-and-kidney.

Sweet Riesling juice has been fortified to 16.5 per cent alcohol with brandy spirit, flavoured with Riverland citrus and aged for a year on oak before bottling. They’re pretty good with ice and soda.

The old pint of hock, lime and lemonade comes to mind.

At least, given their fortified nature, such products offer some reliability and consistency. What deters this critic from recommending many of the craftier beers and wines is their variability: artisan batches change so much there’s no guarantee that my reader will get to taste the same product I recommended, if indeed I did.

As for natural wines, the orange people and the neo-Mennonites? I can’t for the life of me understand why anybody would make, sell or buy wine with the shelf life of unpasteurised milk. 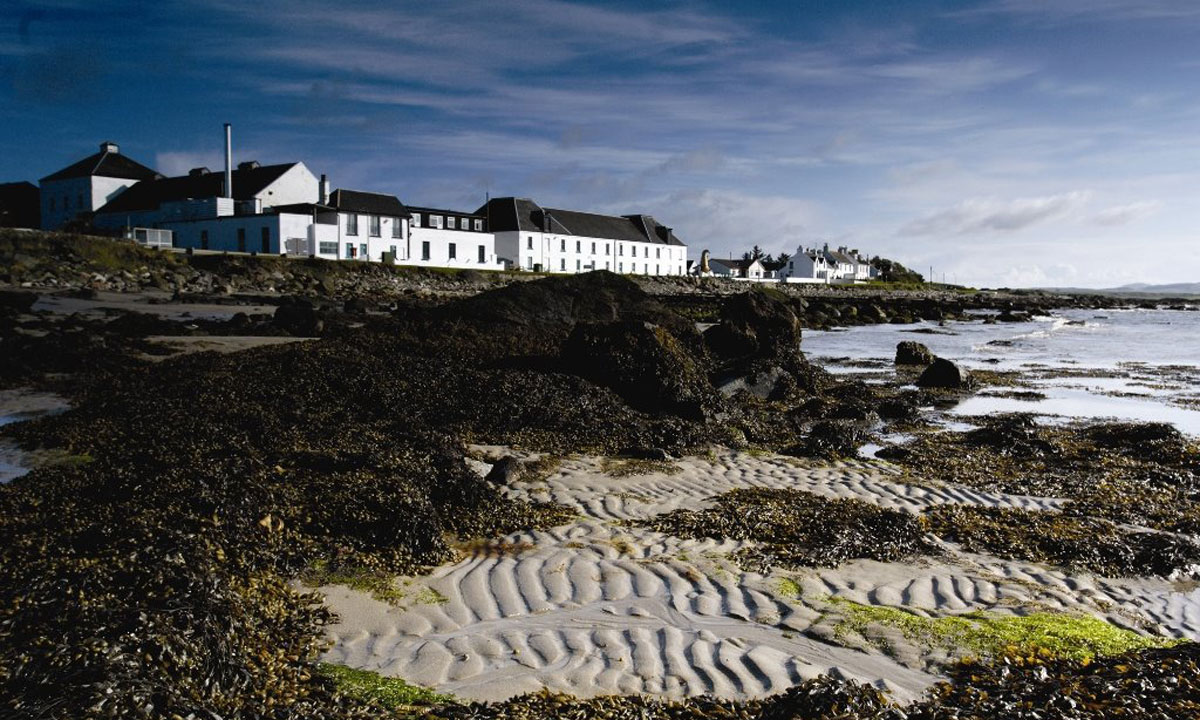 The Bruichladdich whisky and gin distillery on Islay.

Anyway, I reckon I’ve got that gin wall licked. If I want a genteel, fragrant delight I’ll take a shot of The Botanist, that brilliant stuff developed by master malt whisky maker Jim McEwan at Bruichladdich on Islay. I prefer it neat, with one small ice block.

Well, neat within reason. I dribbled like a goon as I slurped through a bowl of Goolwa Beach pippies with my Botanist at the weekend. Something very Islay about that: the seashore cockles with their mild herby broth seem to meld spiritually with the long list of foraged botanicals that Jim and his crew collect in the nooks and crannies of that windswept isle between Scotland and Eire.

Just don’t ever use that “pairing” word within my earshot: I can’t hear it without thinking of toenail clippings.

Which pushes me into the realms of desiring a gin more brusque and brutal to finish the job: something more forceful with some martial rigour: Plymouth Navy Strength will do the trick, thankyou. Neat, with one big ice block and a crisp Navy salute.