The Adelaide Hills Foodies Book Club started in early 2011 after author Liz Harfull (The Blue Ribbon Cookbooks and Women of the Land) attended a food book club with friends in Brisbane.

Harfull approached friend and chef Beverley Millott and hospitality trainer Dotti Telford, who teach Kitchen Operations and Hospitality at Heathfield High School, to ask if they would like to be involved.

The Adelaide Hills Foodies Book Club now meets once every two months at the school’s Piltarilla restaurant for a dinner themed around a particular cookbook which is prepared and presented by the students.

“I select the books, read them and come up with the concepts for the menu,” says Harfull. “Bev fine-tunes the recipes and sometimes has to source suitable recipes if the books don’t include them.”

The books featured at the dinners cover both fiction and non-fiction genres and include food memoirs, food romance and food crime, offering insight into a diverse range of recipes and cuisines from different times and places.

“The first book we did was Pomegranate Soup by Marsha Mehran, about three sisters who escape Iran and open a café in a small town in Ireland. The book is based on Mehran’s own experiences and family recipes.”

The book club has held more than 30 events, catering for around 40 guests. Each year the group holds a special event, which is open to a larger number.

“Last year we held a special Polish dinner for 120 guests that was based on the book Rose Petal Jam by Beata Zatorska and Simon Target – a memoir of Zatorska’s childhood in rural Poland and her grandmother’s recipes,” Harfull says.

“At the Polish dinner we hosted the authors, who spoke to the guests, and the Polish Consul in Adelaide tapped into the Polish community here, many of whom attended the event. It was a phenomenal success.”

The Polish dinner was made up of multiple courses with everything made from scratch, including pickled vegetables and hand-made menus with traditional folk designs.

As each course is presented to the guests, the students talk about the dish, how they prepared it and what they have learnt. At one of the first dinners, Harfull remembers a student coming out of the kitchen holding a scallop in the palm of her hand.

“She said: ‘Two weeks ago I’d never seen a scallop.’

“Members love watching the progress of the students; some of them have gone on to get quite good apprenticeships.”

The Adelaide Hills Foodies Bookclub has a closed list of 130 members, with only 44 members and guests able to attend each of the dinners. Long-time member Gillian Copping manages the bookings, which she says are taken on a first-in basis and fill very quickly.

The next event (now fully booked) is being held tomorrow night and features the book The Beauty of Humanity Movement by Camilla Gibb. The book club flyer explains: “The book tells the story of Tu’, a young tour guide, and Maggie, who returns to her home country to discover the fate of her dissident father. Observing them both is Old Man Hung, a pho vendor of great skill who has lived through decades of political upheaval. It’s about contemporary life and love in Vietnam, and pho – the simple but complex street food that symbolises the essence of Vietnam.”

Some of the other books covered at past book club dinners include Delicious! by Ruth Reichl, Mastering the Art of Soviet Cooking by Anya Von Bremzen and White Truffles in Winter by NM Kelby, which includes Escoffier’s menu for the last dinner served on The Titanic and from which the students cooked nine of the 14 courses. 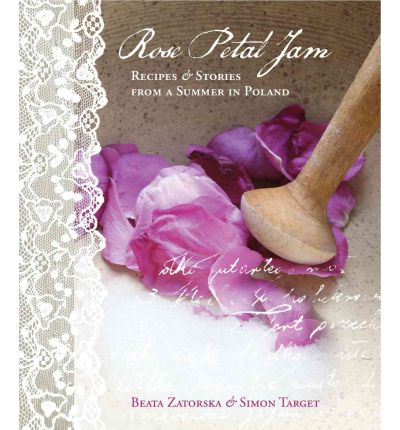 “Every winter we hold a special event based on A Christmas Carol by Charles Dickens,” says Harfull. “Dickens was a brilliant food writer, his descriptions are beautifully written.

“The menu included oysters, roast goose, plum pudding and eggnog. We’ve also done a Georgian dinner from a Jane Austin novel, Winston Churchill’s favourite dishes from Dinner with Churchhill, and this year we did some of the 1950s food from an Audrey Hepburn book.

“The local bookshop Matilda’s helps supply and spot books and spread the word, and the Stirling Library is also very supportive.”

The dishes the students cook for the book club are also incorporated into other school and community events for which they cater.

Here is a list of Harfull’s top 10 foodie books from the book club collection:

Liz Harfull is currently researching the stories behind community cookbooks and is looking to contact descendants of those who contributed recipes to the Green and Gold Cookery Book, the Presbyterian Women’s Missionary Union Cookbook (Vic), the Goulburn Cookery Book (NSW), and the Suttontown Recipe Book.