The skim-milk by-product of the butter and cream production is used to feed his free-range Berkshire and Tamworth pigs, which he then sells under The Dairyman range of fresh, cured and smoked meats, alongside his dairy products, at the Barossa Farmers’ Market. There is also demand for the buttermilk from local restaurants.

All The Dairyman range last month received the Barossa Trust Mark, which recognises excellence in food, wine and tourism offerings from across the Barossa region. 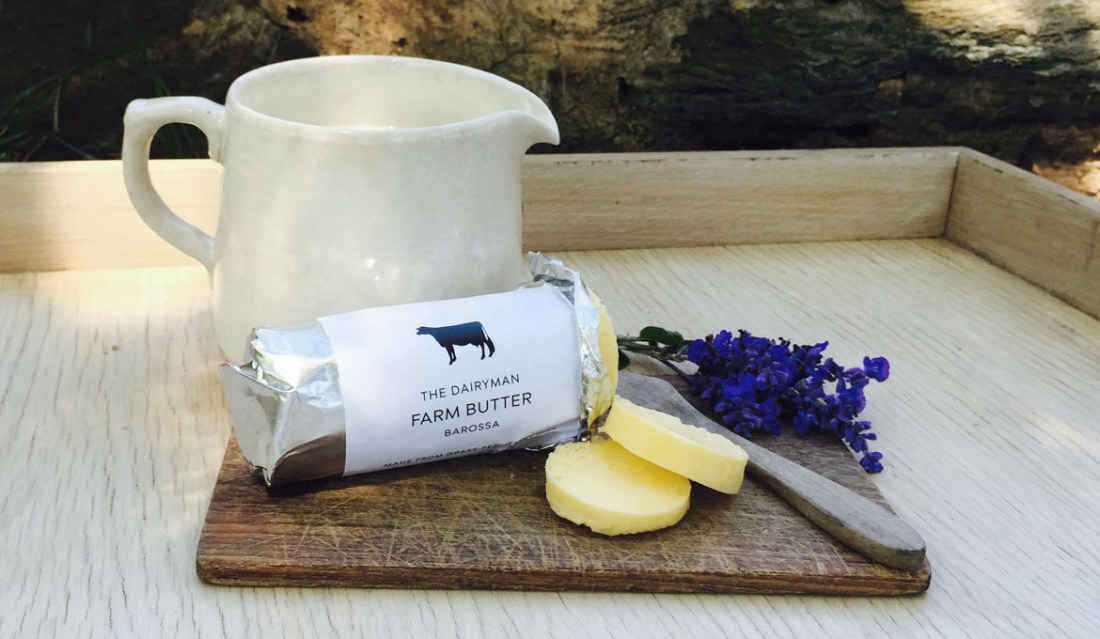 “The Dairyman butter is really lightly salted with a natural sweetness,” says Wohlstadt. “You can taste the cream. And because the cattle are grass-fed, the butter has a floral aroma.

“When you cut it with a hot knife the melted butter almost has a green colour, like olive oil.”

The Dairyman butter was released earlier this year in 200g foil-wrapped logs and is the first commercial table butter produced in the Barossa.

In the Adelaide Hills, B.d.-Farm Paris Creek produces biodynamic and organic unsalted butter and Woodside Cheese Wrights produces cultured butter (butter made with fermented cream or introduced food-safe bacteria to add flavour). And ex MasterChef contestant Heather Day has recently reached her crowd-funding campaign target enabling her to go ahead with her plans to produce a range of butters from Fleurieu Milk Company cream and flavoured with truffles, pink salt, miso and cinnamon.

“People were looking for local dairy products, but milk production wasn’t an option,” says Wohlstadt. “I’d have to be milking 10 times as many cows for it to be viable.

“The options were cheese or butter and there was no-one doing butter as well as I thought they could. The Dairyman butter is about being on household tables and in restaurants for cooking and serving bread; it’s not a manufacturing butter.”

The strongest demand, Wohlstadt says, is from shoppers at the Barossa Farmers’ Market, but he also supplies to restaurants including Orana, Appellation and the Riverside Restaurant at the InterContinental Adelaide, and to gourmet food outlets such as Bottega Rotolo, Lucia’s and potentially Tony and Mark’s. 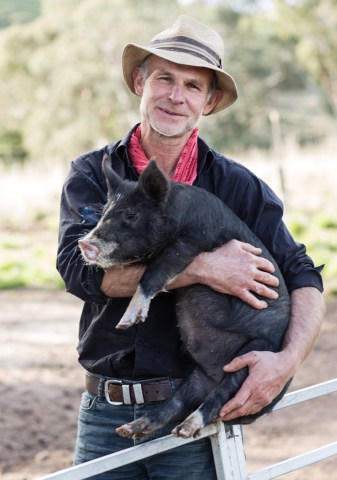 Michael Wohlstadt with one of his pigs.

Wohlstadt has lived in the Barossa since he was 12. His parent migrated from Berlin after World War II and established a mixed farm in the region.

“At that time it was typical in the Barossa and Mid North to run a mixed farm of vineyard, wheat, dairy and pigs. Cream was sold to Golden North and the skim milk went to the pigs.”

At the age of 23, Wohlstadt purchased his own farm, which he operated as a dairy and vineyard for 35 years while working as a town planner and consultant before turning to specialty food production. He is now also chair of Barossa Food and a director of the Barossa Trust Mark board.

“Peri urban areas, such as the Barossa, are under increasing economic pressure,” he says.

“Mixed farming has disappeared and we’ve gravitated to a monoculture, which isn’t viable on a small scale. So I’m applying the old model of farming with food production as an alternative approach to commodity farming.”

Wohlstadt also uses his personal experience and success with change and brand building as a case study to assist other commodity producers into food production and to help build the next generation of farmers in the Barossa.