“Often you don’t have to do that much,” he says. “You can pan-fry things, barbecue things or just assemble things.

“Summer’s a gift in that way: you can just grab two or three things and put them together.”

Evans is familiar to many television viewers as the host of the SBS series Gourmet Farmer, which has followed his journey from Sydney-based food critic and chef to Tasmanian “smallholder” on the affectionately named Fat Pig Farm in the Huon Valley.

He has published 11 cookbooks and this month releases his latest title, Summer on Fat Pig Farm, which features almost 100 recipes alongside photos from the property. South Australians will be able to enjoy a taste of the book when Evans takes part in an event at Deviation Road Winery in the Adelaide Hills on November 12, with six of the recipes being prepared by Stirling’s Locavore restaurant.

Some of his favourite dishes in Summer on Fat Pig Farm are also the simplest: Drunken Raspberries with Clotted Cream, for example, which just involves splashing fresh raspberries with vodka – “or any spirit, really” – and icing sugar, then serving with clotted cream.

Then there’s an interesting suggestion for watermelon:

“One of my favourite things is to just take watermelon and put on a tiny amount of roasted ground chilli and a squeeze of lime and little bit of salt. It becomes this sweet, sour, savoury thing and it gets your mouth watering for the next course.”

For home cooks who want more of a challenge, Evans includes a recipe for filo pastry, which he says produces an “astounding” result that can be used in recipes such as his Nettle & Feta Filo Pie.

“You can make it with silverbeet, too. We use nettles as payback for the nettles for growing.”

Gourmet Farmer has charted both the highs and lows of life on Fat Pig Farm, which Evans shares with wife Sadie and son Hedley. Now, after seven years of planting vegetables and fruit and fattening pigs, he says they provide around 95 per cent of their own food, including almost all their meat and vegetables.

“The biggest challenges are nature: it’s an animal getting sick, it’s a terrific storm that destroys all the work you have put into something, all those things you can’t control.

“Farmers are miracle workers … dealing with such complexities and the vagaries of nature.

“But one of the most stimulating things about what we do is that every day is different.”

Evans describes himself as a food activist, encouraging people to buy ethically produced, local and seasonal produce where possible.

“I’m very excited to come back,” he says of visiting Adelaide.

“I always get reassured when I travel around Australia. In places like South Australia, there seems to be this strong awareness of food and where it comes from – that it’s good to buy local and seasonal.”

Matthew Evans will be the guest at a Meet the Author event at Deviation Road Winery in Longwood on November 12, where The Locavore will present six tastes from his new book. 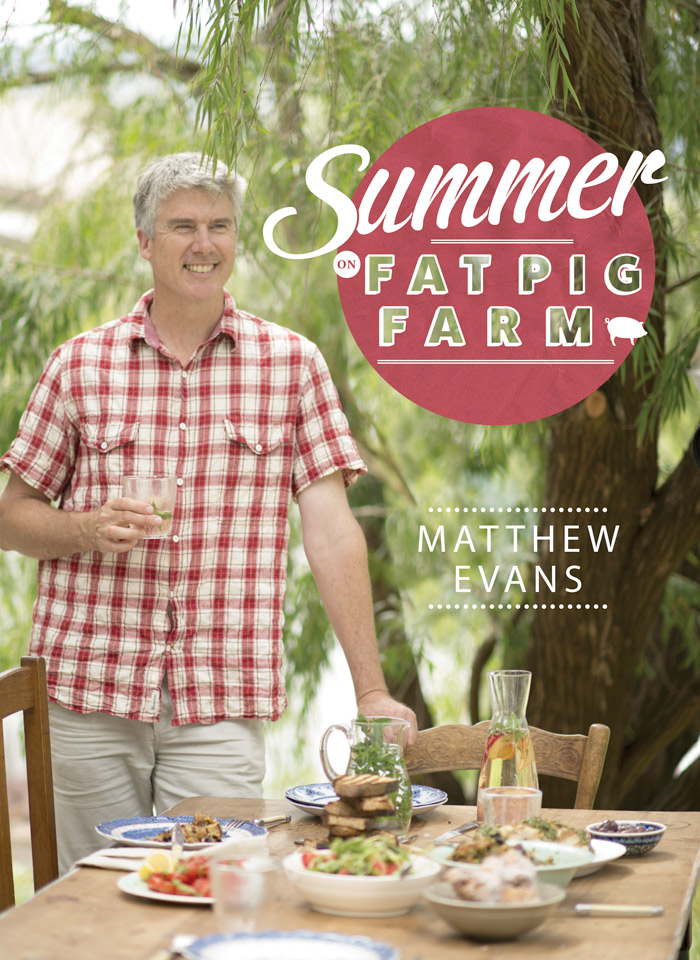 Summer on Fat Pig Farm, by Matthew Evans, is published by Murdoch Books, $49.99