At the risk of writing too much about the region I choose to live in, I must say my home patch gave me a warm flush of pride these last few days.

With the release of 15 specially-blessed Shiraz wines, this time from the 2013 vintage, it became obvious that the selection panel which chose them from 44 entries was much more brutal in eliminating wines which displayed too much winemaking sophistry to properly reflect their source location.

The idea is that winemakers with a vineyard on any specific geology from the region’s confounding fruit cake make a wine from it with the main intent being to let the site sing right through to the final glass: the opposite of cross-regional blending, or even multi-vineyard blending.

The opposite, in fact, to nearly all Australia’s industrial winemaking practice.

Previous Scarce Earth selections had been cursed with too much oak, over-ripe fruit leading to too much alcohol, or too much fussy winemakers’ intervention.

With the release of these ’13s, it was also obvious that the winemakers are finally getting the idea, too.

Each entrant must be an approved member of McLaren Vale’s brilliant Sustainable Winegrowing program, an ongoing exercise which helps grape-farmers to keep a forensic track of their environmental record.

A panel of three local winemakers and three independent experts taste the wines blind before and after bottling, and again in the weeks before release, when the final selection is made. Those awarded this unique quality appellation are released to market on May 1, each wearing a dignified neck band declaring their elevation to the Scarce Earth league.

So I sat with a group of esteemed wine writers yesterday to appraise this year’s lot, blind, and I must say they were spiffing: nothing like the traditional McLaren Vale reds of yore, which were lauded for being “the middle palate of Australia”. Instead, these wines show a fascinating array of character, complexity and finesse.

The other thing they have in common may appear obvious: the vintage. But a warning about the 2013s from the Vales: on first pour, the aromas seem much more complex and alluring than the flavours which follow. Typical of this is the beautiful Jericho Shiraz I recommended here last week. If you must drink them in this their infancy, you’ll find that an hour or two in the decanter will see the form of the wines settle, smooth and bloom to better hint at the beauty they will display as they edge toward maturity.

In some instances, given the reliable precision of screw caps, that absolutely ideal moment may be well over a decade away; maybe two.

These are serious wines of a very high order. I offer brief descriptions of those I pointed at or above 93. My plus signs are vague indicators of each wine’s potential to improve with time in the right cellar.

Chapel Hill The Chosen House Block Shiraz 2013 ($65; 93+++) is a very finely-formed, elegant wine. It seems the common badge of ’13 Vales Shiraz is pickled Morello cherry; this has plenty. But while it has all that flesh and smooth opulence, below simmers a very firm basement of harmoniously balanced acid and tannin. And right at the top of its introduction lies a nose-tickling whiff of dried herb, almost as edgy as the Artemisia absinthium, or wormwood, which is common along the region’s roadsides. Geology: Tapley’s Hill Formation

Coriole Old House Shiraz 2013 ($55; 93++) has the sort of characters I expect of a wine from a much taller, cooler climate than this one near the winery. The wine seems to tighten with time, promising a great future. It has a smooth, comforting cosmetic/face-cream fleshiness in its bouquet, with a bright hint of blood orange giving it edge. It’s perfectly elegant wine: slender, taut and terrific. Geology: Tapley’s Hill Formation

d’Arenberg Tyches Mustard Shiraz 2013 ($99; 93+++) – I don’t know whether this site is peppered with grapeshot or pellet ironstone, but it displayed a powerful galvo reek to this nose. That solid aspect aside, the wine is in-your-face vibrant and audacious, with the savoury kalamata olive juice adding a Clare Valley-like raciness to the wine’s tight, tannic form. By which I mean more savoury than primarily fruity. This naughty baby needs years. Geology: Blanche Point Formation

Serafino Malpas Vineyard Shiraz 2013 ($45; 93+++) – When I suggested this wine reminded me of a good-year Coonawarra Shiraz, I had no idea of its calcareous source, Although this grew among bits of calcrete rather than Coonawarra’s limestone, the formations are chemically similar. This has much to do with the form of its tannins: fine, tight and languorous, and never far below the pretty eau-de-cologne mint topnote, as best displayed in the legendary 1963 Mildara Coonawarra Peppermint Patty. Geology: Ngaltinga Formation 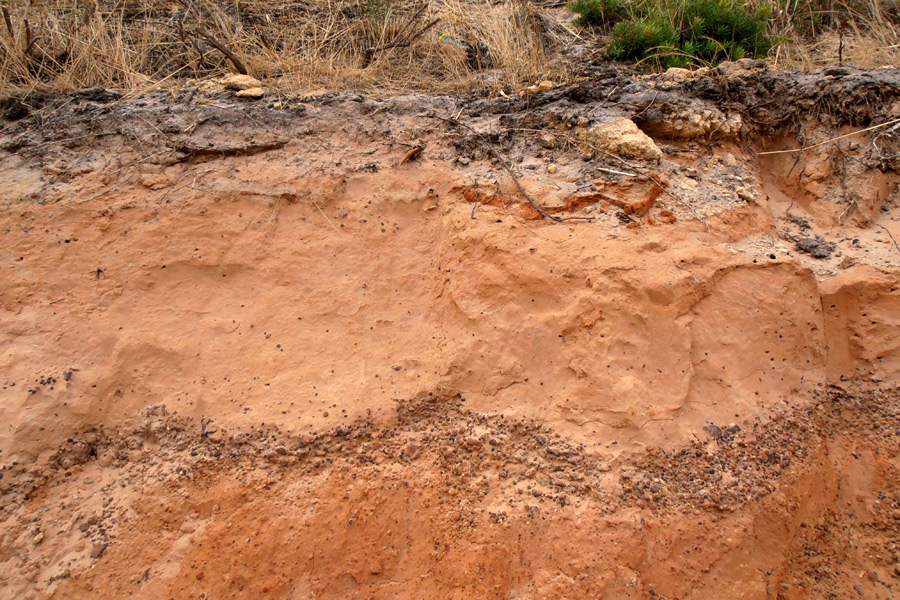 Hugh Hamilton Black Blood III Shiraz 2013 ($70; 94+) gets that extra point for its stolid, pyramid-shaped, I ain’t goin’ nowhere attitude. Below its illusory last-minute smudge of lipstick flesh, it smells of hot tractor with a sump full of licorice. Cross-dresser? Typical of the Morello and iron you’ll find right up through Douglas Gully and Blewitt Springs, where the Maslin Sands have turned to ironstone. Black, sour, intense and clunky, this bugger will settle right down eeeventuuaaaaaally. Geology: Maslin Sands 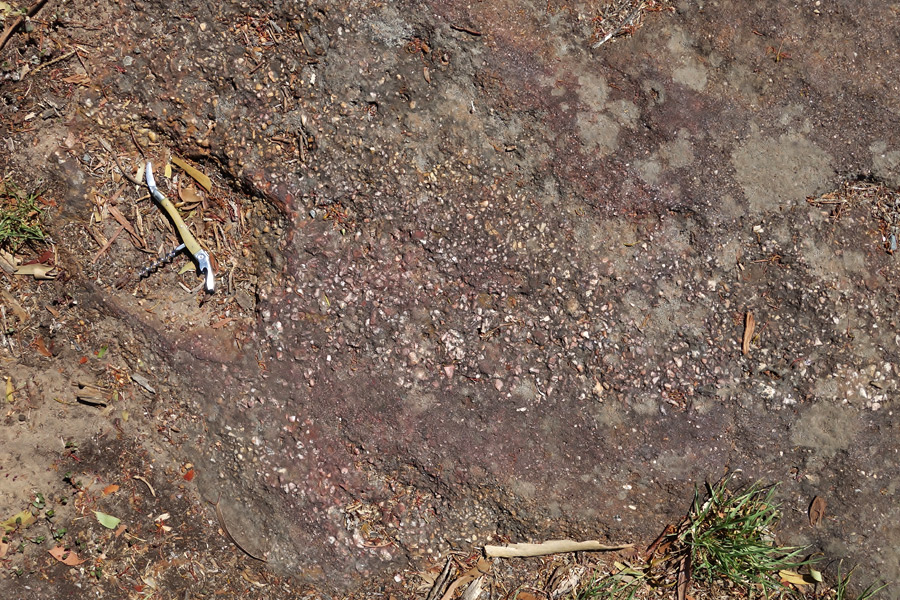 Cradle of Hills Row 23 Shiraz 2013 ($45; 94++) – Below its acrid flinty topnote, and maybe a hint of bruised mint, this is pure bitter cherries, as in Morello juice.  It’s one of the most elegant wines in the entire line-up, which is not to say it’s in any way weak: uh-huh. This is incredibly tight, intense, focussed wine which will last a good decade, probably more. Geology: Kurrajong Formation 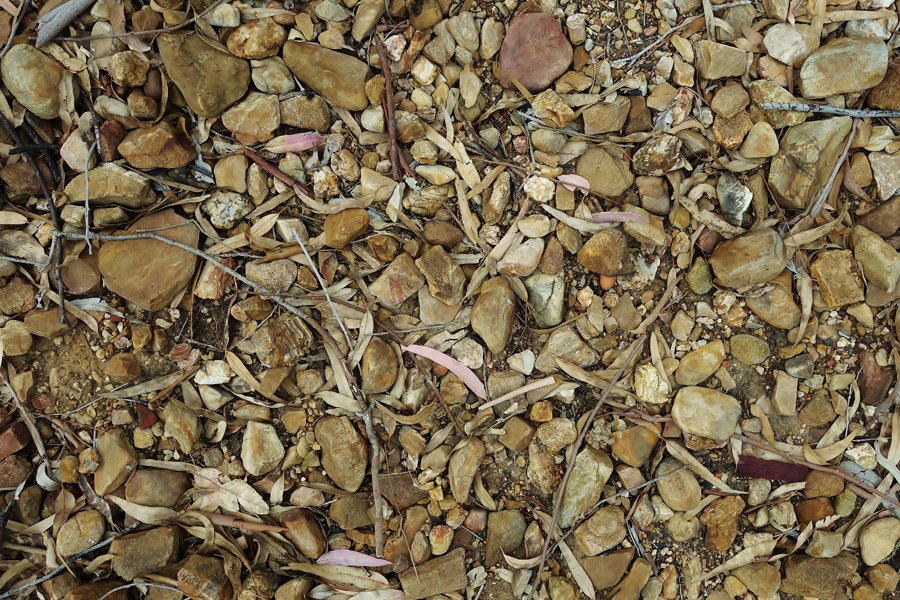 Wirra Wirra Patritti Shiraz 2013 ($130; 94++) is another wine highly typical of its source in the ferruginous sands of Blewitt Springs. It has a pretty topnote of mint and, perhaps from very fine oak, lemons. But beneath that it’s all Morello cherries and iron. It’s tight, intense and sharp and will live a very long time. This is a famous old vineyard which first caught my attention in 1980. Geology: Maslin Sands

So there you go. After this lurch into a new realm of higher quality, the Scarce Earth project will probably inch even closer to heaven as the years creep by. I’ve written much about the unpronouncable name and its confusion with the Rare Earths of the Periodic Table, which tend to radioactivity and reside mainly in China, so I’ll let that slide today. Maybe in a year or so the name could take a tweak and the appellation be relaxed to include all varieties while remaining true to its geological bases?

Work is well underway to add topological and climate maps to the existing geology map. That’ll be enlightening.

In the meantime, while us rocksters cannot yet empirically teach that certain flavours are specific to certain geological formations, some of us are gradually confirming very old suspicions.