An unhealthy, destructive ingredient contained in up to half of all packaged food continues to be disguised, experts have warned.

Palm oil, a cheap additive widely used in junk food to boost crispiness, can legally be listed as ‘vegetable oil’ or ‘vegetable fat’, to the concern of consumer advocates.

“Many Australians are not aware that palm oil is a common ingredient in products ranging from margarines, biscuits, breads and breakfast cereals to chocolates, instant noodles and personal care products,” Choice spokesman Tom Godfrey said. 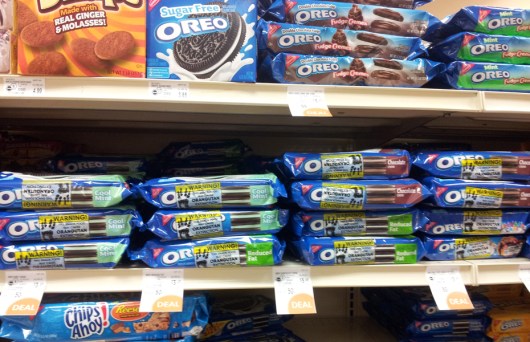 The majority (70 per cent) of Australians think it is important that the oil – a saturated fat derived from the tree’s reddish fruit – be labelled separately, a recent study by Choice found.

“In order to make informed decisions, we would like to see palm oil labelling mandatory on food products,” Godfrey said.

Approximately half of all packaged items in supermarkets contain palm oil, the World Wildlife Fund has estimated. 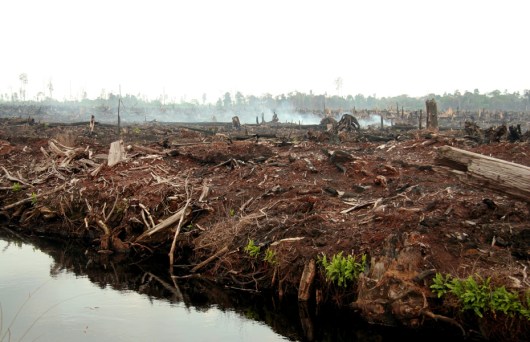 Palm oil plantations are linked to the destruction of forests. Photo: Flickr/Wakx

Growing oil palm trees has been linked to the destruction of ancient forests; the forcible removal of indigenous peoples from their land; the killing of endangered elephants, orangutans, tigers and rhinos; and to high cholesterol in those who eat it.

The ingredient is “not inherently evil” and can be harvested sustainably, but the “prevailing pattern” is forest destruction because it is the “easiest and most lucrative alternative”, Laurance said. 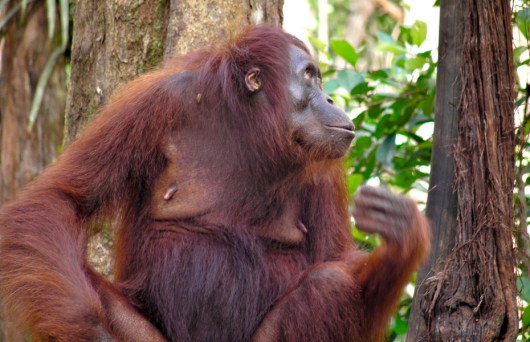 In the past 18 months, many corporations have promised to stop deforestation, but without clear labelling it is “almost impossible” for consumers to make an informed choice, he added.

A proposal to clearly label palm oil was rejected by Food Standards Australia New Zealand in 2008 because the agency lacked the power to change labelling rules based on environmental concerns.

Palm oil is “undesirable” and has a bad name among health experts “for good reason” because it is high in saturated fats, said leading nutritionist Dr Rosemary Stanton. 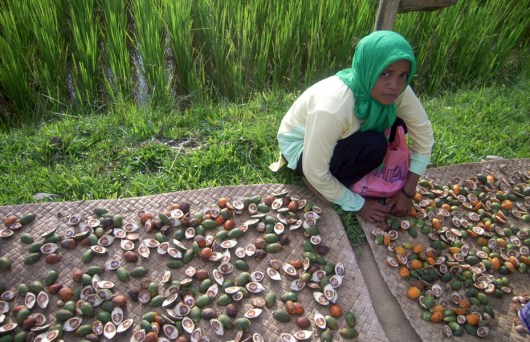 After environmental impact, health was the second-most frequent concern of consumers about palm oil, the Choice survey found.

Healthier alternatives are olive, canola, soy, safflower and sunflower oils, all of which are liquid, not solid, at room temperature.

Extra virgin olive oil is “the best way to go”, as it has “by far and away” the most scientific evidence in support of its healthiness, Stanton said.

Palm oil, which contains more than 50 per cent saturated fat, is one of the two tropical oils the Heart Foundation recommends consumers avoid, along with coconut, the most saturated of all oils.

It should be clearly labelled, Stanton agreed.

“I think there’s much greater interest than people are given credit for,” she said.

This article was first published on New Daily.