Shakshuka is an Israeli breakfast dish served with pita or challah bread to mop up the tasty juices.

Balkan Beat Box (below) will be participating in WOMADelaide’s Taste the World event, which takes festival goers on a four-day international culinary adventure around the world. InDaily will give you a taste of things to come with a series of weekly recipes by festival artists in the lead-up to the event on March 6 to 9. 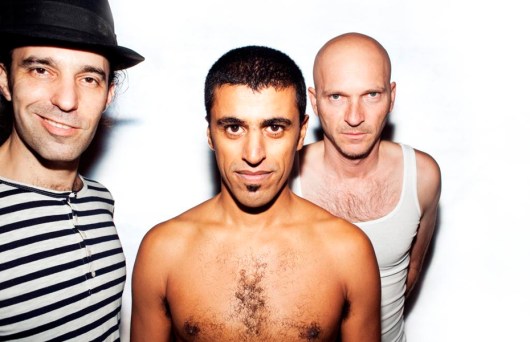 Heat oil in a large frypan over medium-low heat; add onion and capsicum. Cook gently until very soft (about 20 minutes). Add garlic and cook until tender (1 to 2 minutes).

Stir in cumin, paprika and cayenne and cook 1 minute. Pour in tomatoes and season with salt and pepper. Simmer until tomatoes have thickened (about 10 minutes).

Gently crack eggs into fry-pan over tomatoes.  Season again with salt and pepper.

Transfer frypan to oven and bake until eggs are just set (7-10 minutes).

Sprinkle with coriander and serve with lots of bread and hot sauce.

Join local chef and food identity Rosa Matto and selected WOMADelaide artists at Taste the World as they celebrate the delicious food and fascinating culture of their home countries, all entwined with musical interludes and intimate personal anecdotes. More information about Taste the World can be found here.