The celebrity chef trend and an increase in the number of people cooking at home has helped drive growth in the cookbook industry, with myriad famous and not-so-famous foodie faces filling the shelves.

If you’re looking for inspiration to fuel your own culinary endeavours but are bamboozled by the choice, here are some of InDaily’s favourites (in no particular order) from 2014.

A cookbook deal is part of the prize for winners of reality-TV show MasterChef, but the most successful former contestants have not been content with just one collection, instead going on to publish multiple books. 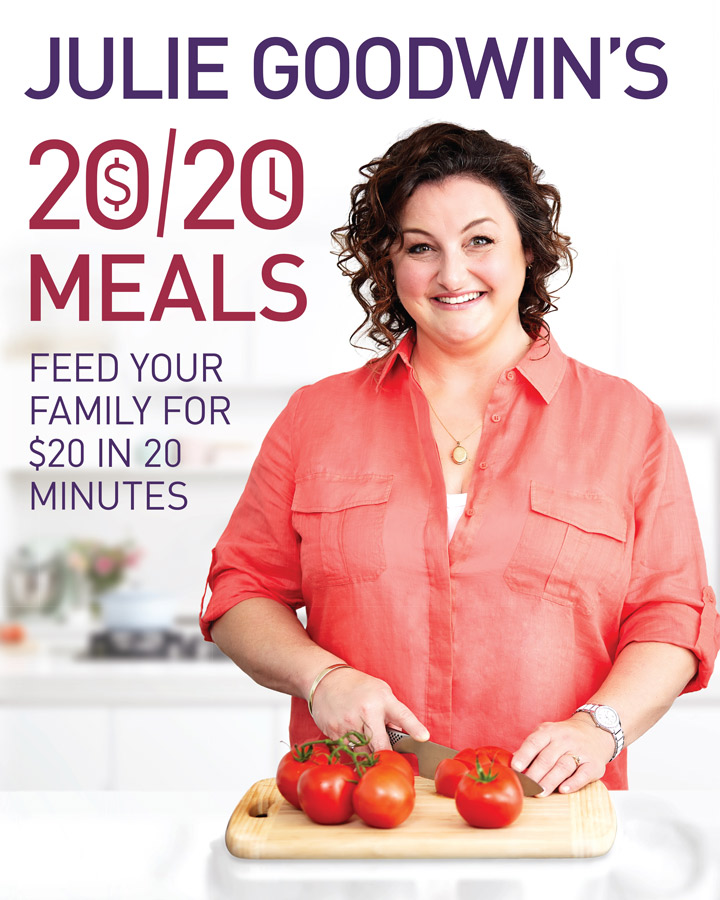 Goodwin’s recipes tend to be of the homely, no-fuss variety – perfect for family meals or easy entertaining. We’ve tried several and they’ve never let us down. The premise of 20/20, published this month, is that each meal costs less than $20 for a family of four and takes just 20 minutes to make – and unlike Jamie Oliver’s 15-minute meals, it seems the latter claim may hold true. Recipes include Chorizo, Haloumi and Potato Salad; Lamb Kofta Pizza; Bacon and Tomato Cheat’s Risotto, and Pork Pad Thai. 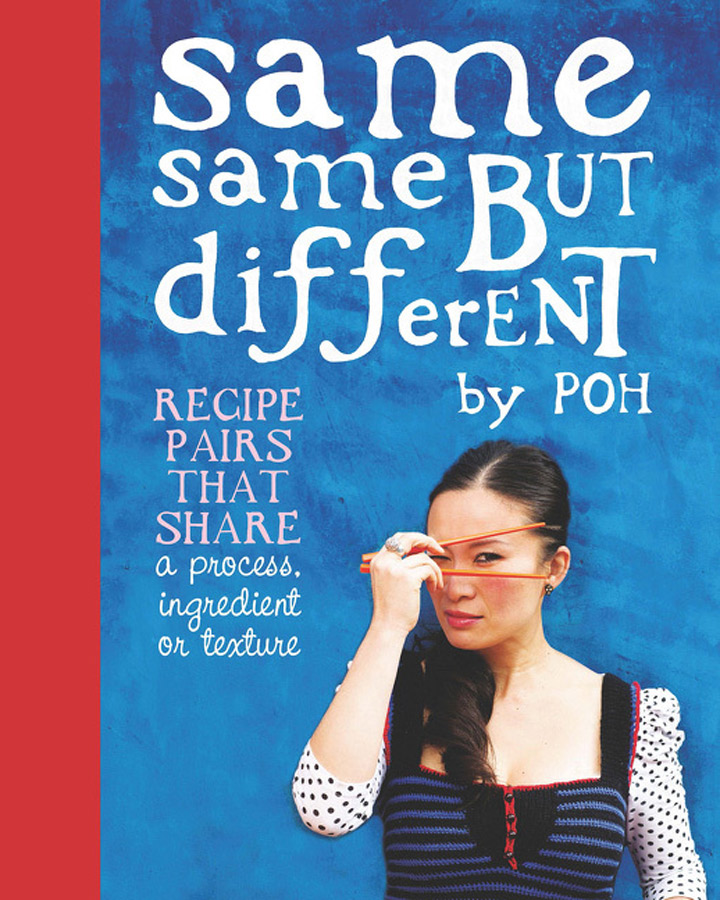 The fun and quirky personality of South Australian Poh, runner-up on the first series of MasterChef Australia in 2009, is reflected in her latest cookbook. Same Same But Different comprises a diverse collection of recipe pairs which share a process, ingredient or texture – so, for example, you’ll find beef wellington sitting next to plum tarte tartin (both use puff pastry) and a pan-fried pizza next to cinnamon twists with chocolate sauce (they share a pizza dough). “The most outrageous one is probably the crème caramel on one page and a steamed egg tofu with century egg salad on the other,” she says. “Both use eggs and a water bath … but they’re wildly different.” (Recipes: Totally Unicorn Beetroot Cake and Poh’s Curry Puffs.) 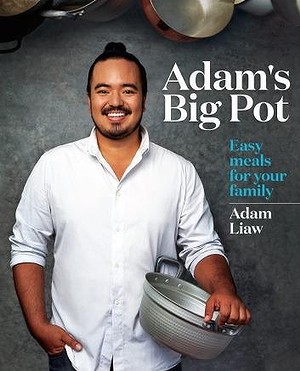 This new cookbook from Liaw, host of SBS’s Destination Flavour, features a wide range of Asian-influenced recipes – from Vietnamese salad to lamb vindaloo and Japanese soufflé cheesecake. The title is inspired by the family meals he ate as a child, most of which were cooked in one large wok, pan, dish or pot. Liaw says the featured recipes are among those he now cooks for his own family. They include the likes of Tiger-Skin Chicken, Snapper Rice and Japanese Souffle Cheesecake. (Recipe: Adam Liaw’s Mee Goreng.) 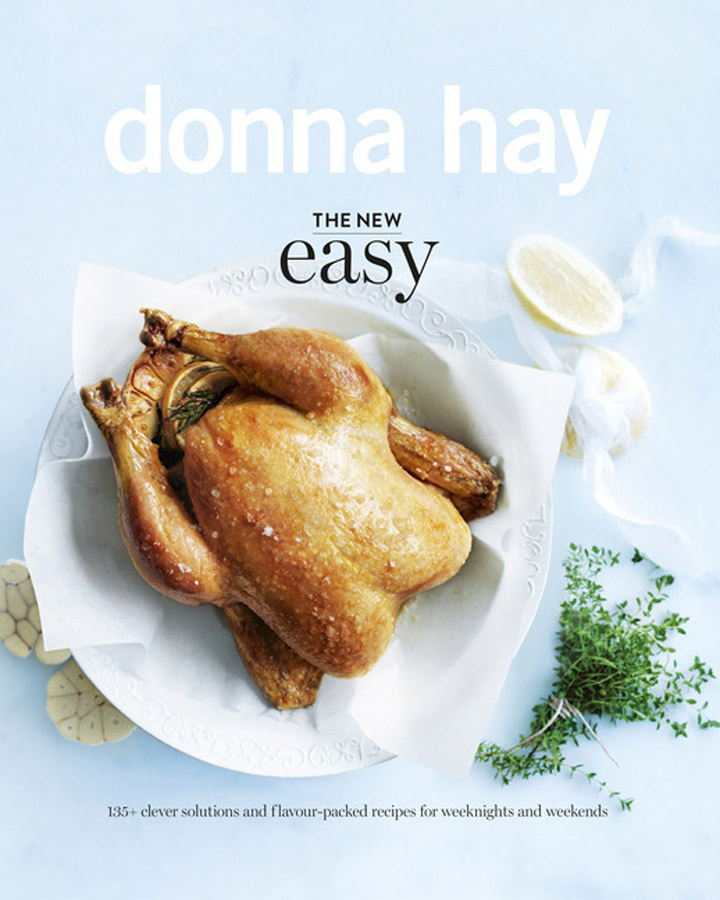 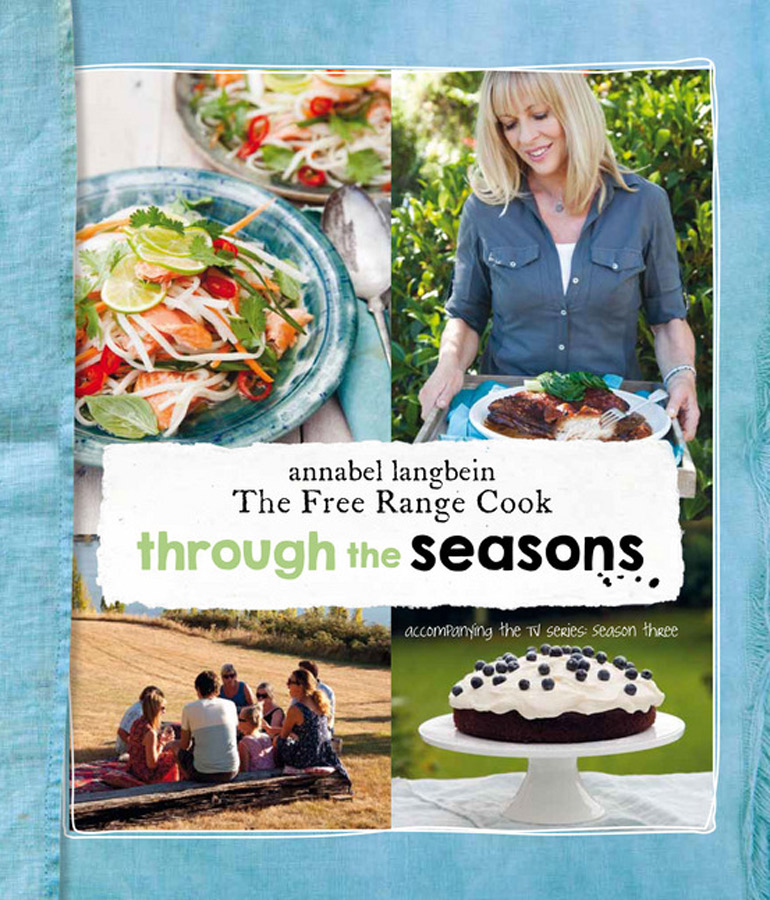 Watching Kiwi chef Langbein’s television cooking show The Free Range Cook, set against the stunning backdrop of her home in Wanaka, would make anyone yearn to travel there. Filled with beautiful photographs of her property and dishes, Through the Seasons is equally inspiring. The latest of 22 cookbooks by Langbein – who, according to her publicist, outsells Jamie Oliver up to nine-fold in New Zealand – comprises 200 recipes grouped according to the seasons, from Seafood Risotto with Fennel (spring), to Tender Lamb and Chickpea Tagine (winter). (Recipe: Chocolate Bark.) 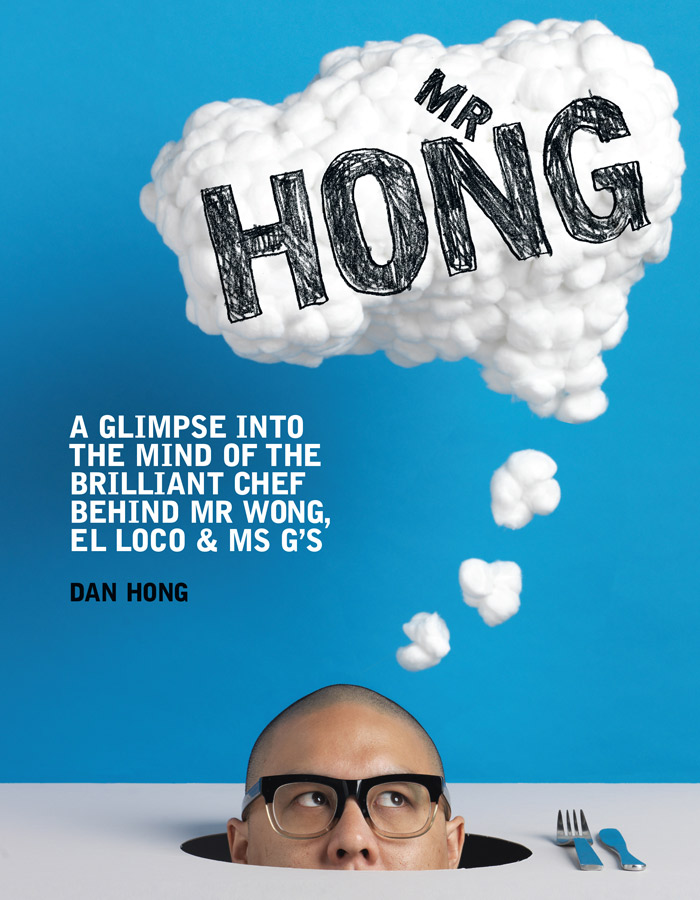 Dan Hong grew up in his mum’s Vietnamese restaurant and now owns a string of successful Sydney restaurants himself – including Mr Wong, which has been awarded two stars in the city’s Good Food Guide. Mr Hong includes stories about the chef’s life and influences, as well as big-flavoured signature dishes such as Grilled Whole Fish with Sambal Matah, Watermelon and Cucumber; Mini Pork Banh Mi, and Lotus Ice Cream Sundae with Raspberries and Honeycomb. (Recipes: Roasted Sambal Barramundi and Mango Pudding.)

The wholefoods trend and the increasing number of people with special dietary needs has been met by a corresponding rise in wholesome cookbooks. The best feature recipes that aren’t just good for you, they also taste good. 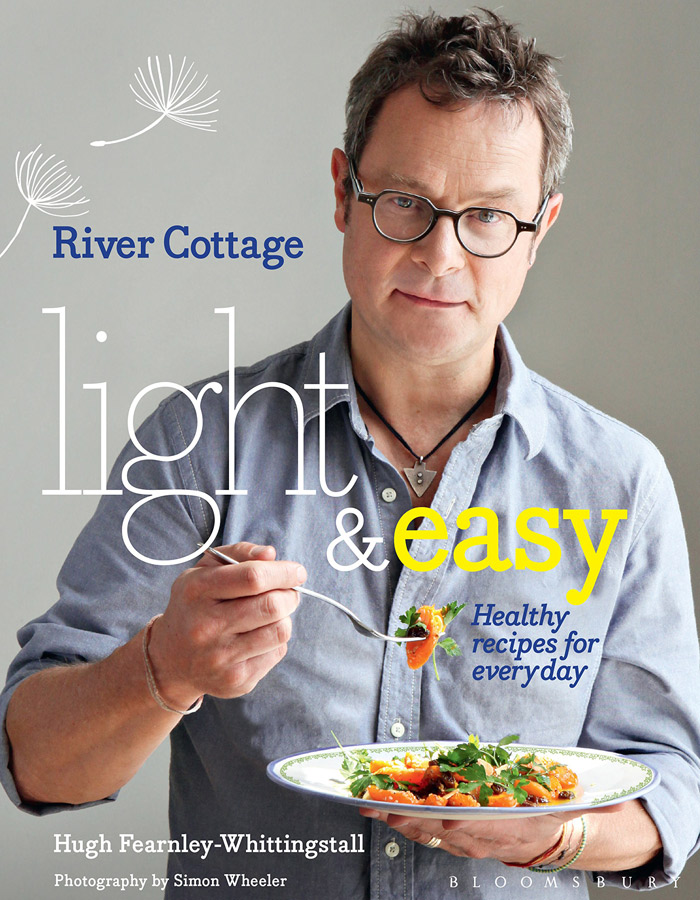 “Healthy food doesn’t have to be ascetic, restrictive or centred around denial,” says Fearnley-Whittingstall. Amen to that. The UK chef, who will be familiar to fans of the River Cottage TV cooking show, has created this cookbook to show that healthy food can be both delicious and easy to prepare. River Cottage Light & Easy features 170 recipes that are all dairy-free and wheat-free, including Nordic Slaw with Rye Crumbs, Aromatic Nutty Chicken, Speedy Fish and Tomato Curry, and Pumpkin Seed Drop Scones. 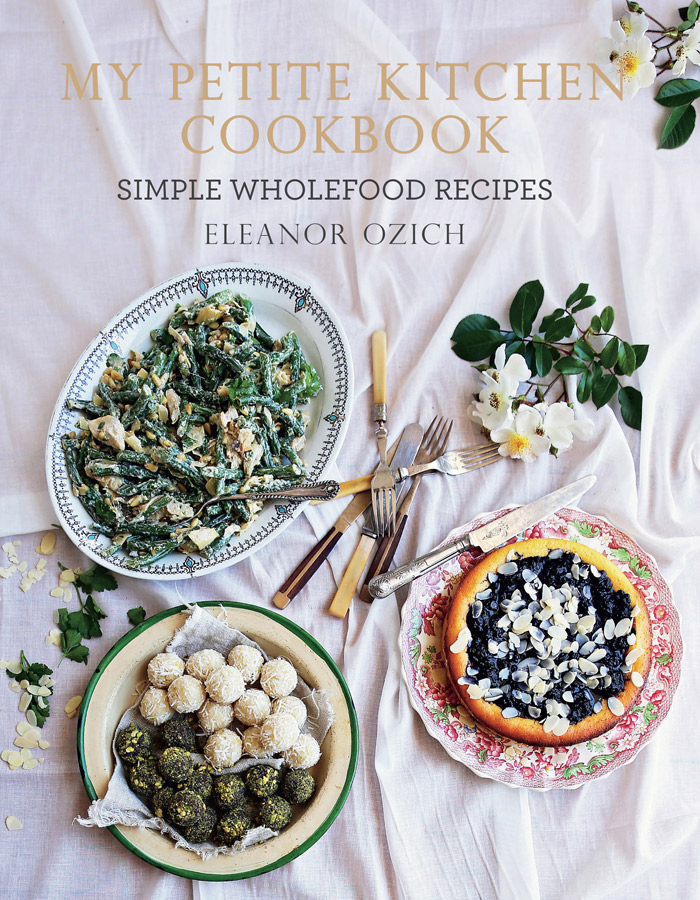 Salted chocolate and orange mousse sounds divine, right? What if we told you it was made with avocadoes and coconut cream? Well, we’ve tried it and it’s surprisingly delicious. Cook and food writer Ozich was inspired to create simple wholefood recipes to treat her daughter’s eczema, and the results were so successful they led to My Petite Kitchen Bookbook, which features 100 gluten-free recipes to “nurture the body and soul”. (Recipe: Salted Chocolate and Orange Mousse.) 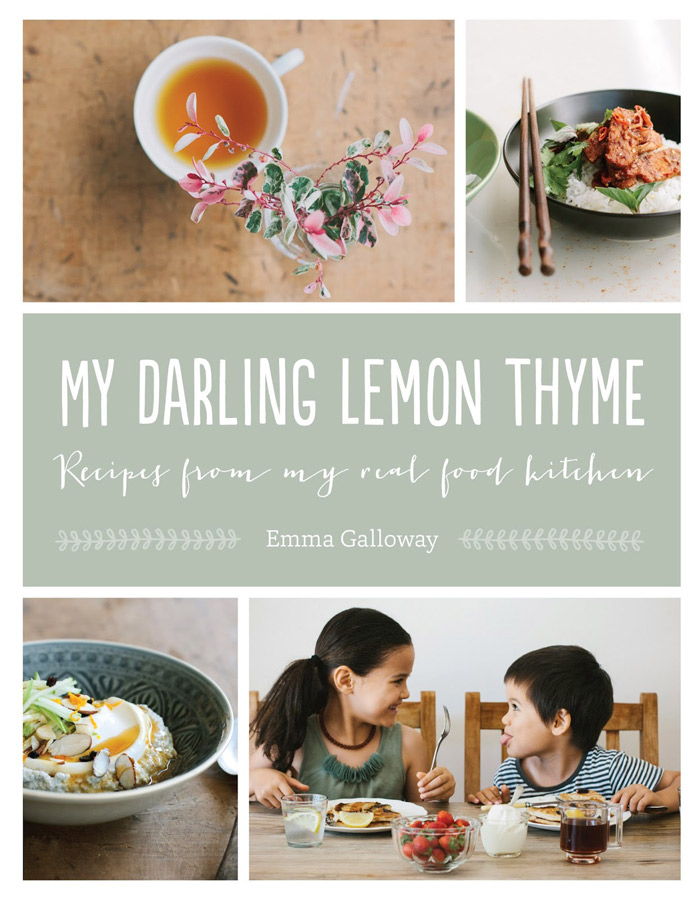 Her own children’s food intolerances also inspired Emma Galloway’s wholefood cooking endeavours. This cookbook takes its title from the food blog the Perth-based chef set up to share her gluten-free vegetarian recipes gluten, as well as stories and advice on organic gardening. Each recipe is also accompanied by handy tips from the author. (Recipes: Flourless Dark Chocolate Cardamom Cake and Roast Pumpkin, Kumara & Coriander Soup.)

Sick of all this healthy, superfood business? Then try these sweeties. 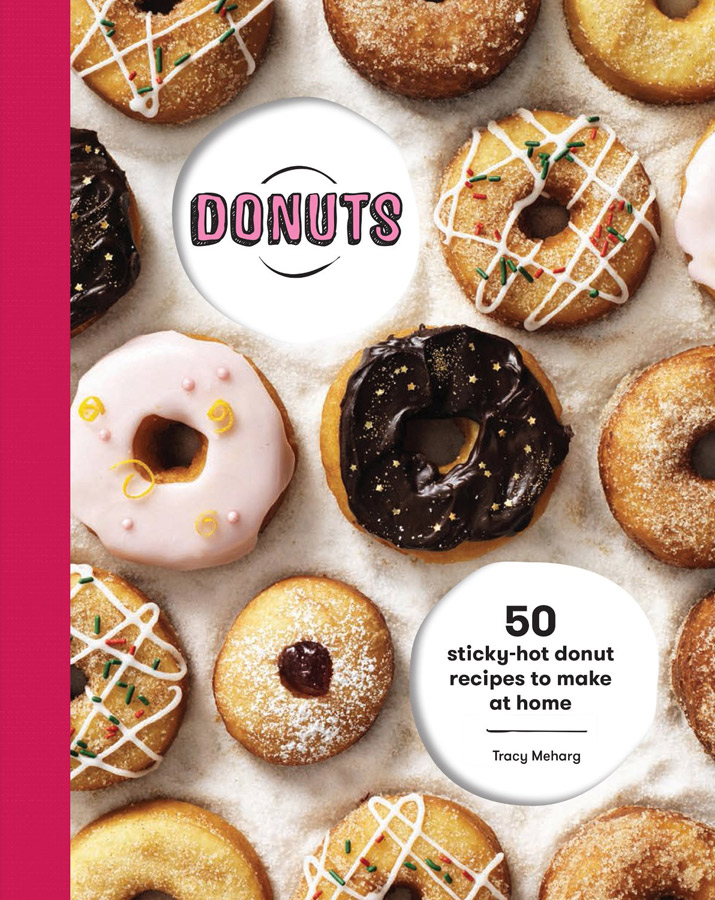 There’s been much ado this year about a certain donut store opening in Adelaide, but Australian food stylist and recipe writer Meharg encourages people to try making their own. And the recipe names could entice even the most hardened donut cynic to give them a go: how about Lemon Meringue Donuts, Croissant-Donut Bites with Dulce de Leche, or Lime Cheesecake Donuts? There are tips for making yeast donuts, cake donuts and croissant donuts, as well as an explanation of how to deep-fry or bake them. There’s even a chapter titled “Almost Good for You”. 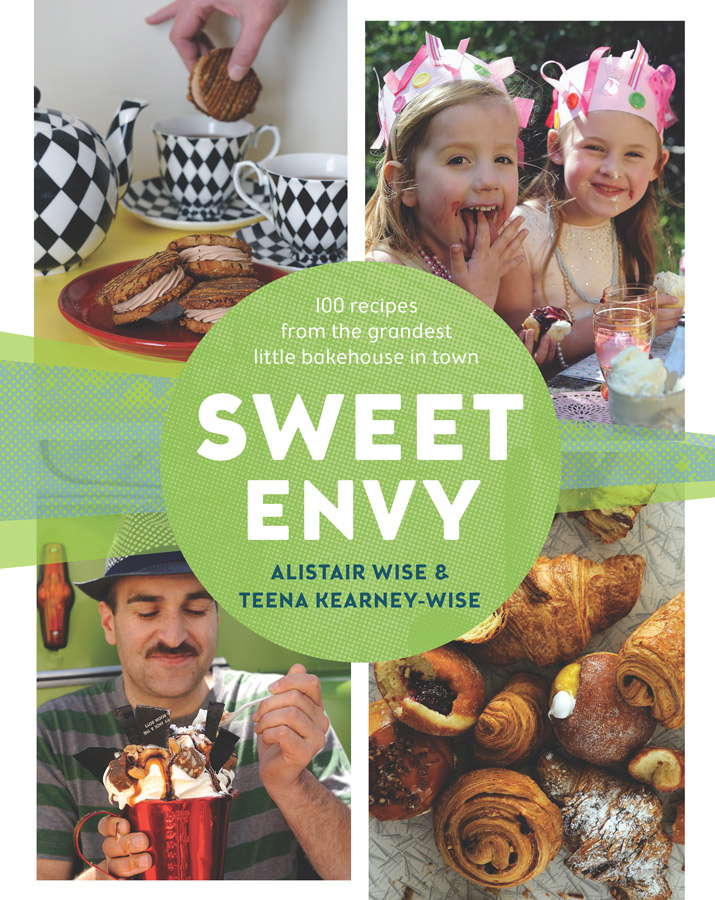 Sweet Envy is named after the authors’ old-fashioned  cake shop and bakehouse in Hobart, and features recipes for the artisan-style goodies found there. There are savoury and sweet pastries, desserts, tarts, sweets, biscuits, cupcakes and ice cream – including the Margate Biscuit, Tasmania’s salute to the Kingston. The Wises describe the recipes as “a slice in time”, but they also offer a fresh and fancy take on some favourite classics. (Recipe: Margate Biscuits.)

Forget complex croquembouches and multi-coloured macaroon towers – sometimes you just want to get back to good old-fashioned basics. 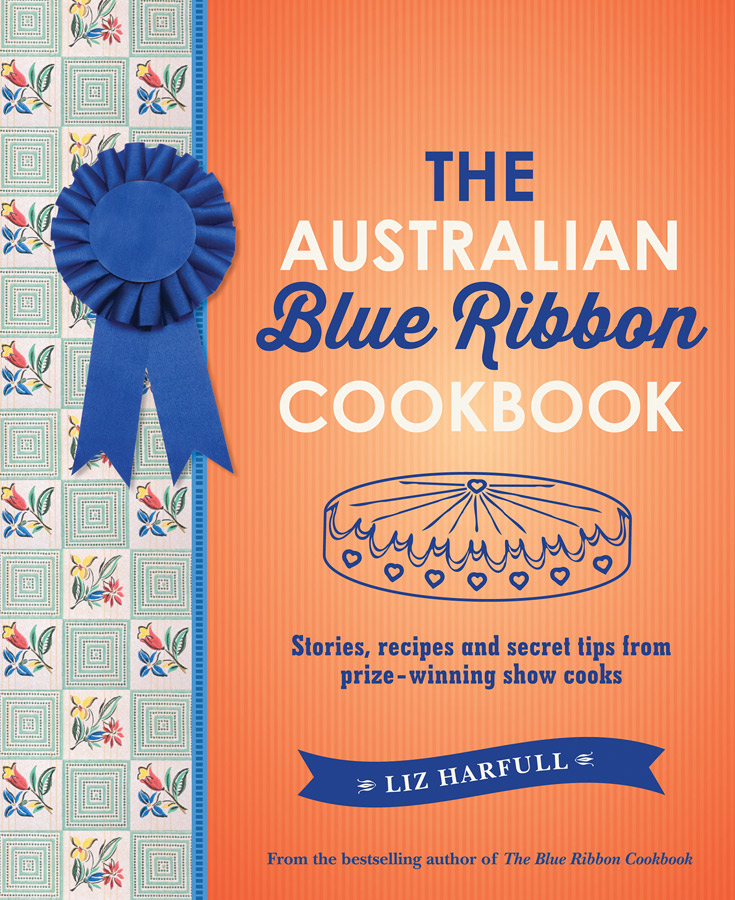 Compiled by Adelaide Hills author Harfull, this book is an absolute gem – the perfect antidote to all those ever-more-complex recipes being showcased in television cooking shows. The Blue Ribbon Cookbook features tried-and-tested classic recipes from Australian show cooks for goodies such as scones, jelly slice, sausage rolls and pumpkin damper. Each recipe is accompanied by a short story about the contributor, along with judges’ tips.
(Recipe: yoyos.) 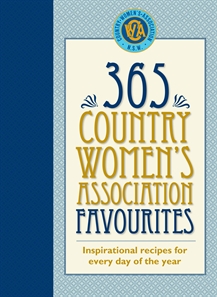 The recipes in this cookbook date back to the early 1930s, when the Country Women’s Association of New South Wales produced three cookbooks in the form of a recipe-a-day calendar sold for 2 shillings. Now those recipes have been collected together in this new book, and although they’ve been slightly updated for modern use, they still give a fascinating insight into a bygone era. Recipes include Hard Times Cake (a fruit cake with star anise and cinnamon spice); Matrimony Tart (a pastry with lemon meringue); Washing Day Pudding (pineapple, banana and brandy pudding) and Oxtail Soup.