This week in The Forager: The Rolling Stones’ Adelaide Hills wine tour; the new kings of McLaren Vale; paddock dining, and other local foodie events.

A few weeks ago while The Rolling Stones were filling in time between rehearsals before their Adelaide Oval performance, some of the crew decided a little wine tour of the Adelaide Hills was a good idea.

The itinerary included the wineries Scott, La Prova, Hahndorf Hill, and Shaw and Smith – all within the vicinity of Hahndorf – before they would head into the steep slopes of the Adelaide Hills north-west to have lunch with winemaker Taras Ochota at Basket Range.

While Taras and his wife Amber were arranging a plate of home-grown and freshly picked salad leaves, and adding the final slurp of their own small-batch, hand-crafted wine to a pot of coq au vin, their two-year-old son, Sage, was oblivious to who might be coming to lunch.

“The visit was arranged through a gorgeous friend who is involved in the music industry,” said Taras. “We were told there could be a chance Mick Jagger might come, but we really only expected some of the crew.

“Then a couple of brand new Audis with blackened windows rolled down the drive. The security sussed the place out and then Mick came inside and we had a few beers.

“We strolled around the garden and sat outside under the old hazelnut tree where we had all our wines open with lunch.”

Taras said he had to open yet-to-be-released wines, as Ochota Barrels is a tiny winery which sells out shortly after release. These included The Slint Vineyard Chardonnay, A Forest Pinot Noir, The Fugazi Vineyard Grenache, I am the Owl Syrah and A Sense of Compression Grenache (made in collaboration with Arizona winemaker and heavy metal rocker Maynard James Keenan from Tool).

“After lunch Mick went and lay on his back on the grass and Sage started crawling all over him. Sage then took Mick by the hand and led him to the sandpit where they played tractors,” Taras said.

Sage then led Mick to their old piano, where he sang and played. “After a while Sage tried to push Mick off the piano chair because it’s ‘his’ piano.

“In the end they bought pretty much all our wine we had in the winery at that time, mainly The Fugazi Vineyard Grenache, The Slint Vineyard Chardonnay and Amber’s Pinot called Home. Patti loved The Green Room Grenache Syrah and she took a dozen home for Keith.

“It was all very spur-of-the-moment. They didn’t want to leave, as it turned into lots of dancing around the piano.

“After they had gone, Amber and I just sat on the couch looking at each other in disbelief at what had just happened. They were all such down-to-earth, lovely people.”

Taras and Amber will be joining The Rolling Stones backstage tonight after their concert at Melbourne’s Rod Laver Arena. 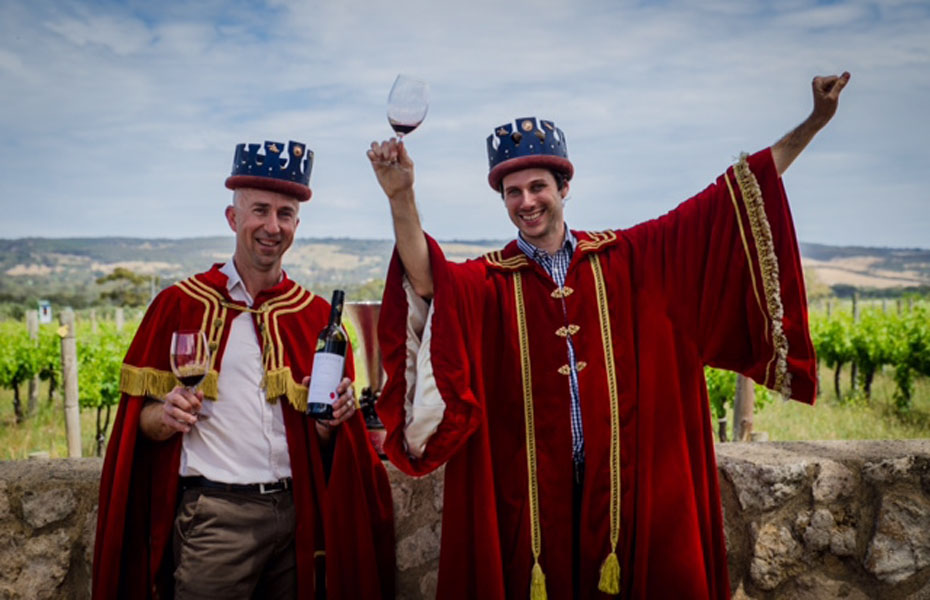 The Bushing monarchs earned their title as a result of receiving the award for the Best McLaren Vale Wine at the 2014 McLaren Vale Wine Show. This year’s top wine was the 2012 Chateau Reynella Shiraz, which is made from fruit grown in McLaren Vale and is produced at Hardy’s Tintara winery in the town’s main street.

A full list of 2014 McLaren Vale Wine show results can be found here. All winning wines will be available to taste at the National Wine Centre on Friday, November 14, from 5.30pm. Tickets are $20 ($18 pre-booked) and can be booked here.

Out in the Paddock

South Australia’s first outdoor dining experience – Out in the Paddock – will take place among a broccolini crop at Currency Creek on the Fleurieu Peninsula at the end of this month.

Local MasterChef finalist Laura Cassai will craft the menu for the event with produce grown on location at the Pitchford family farm (Pitchford Produce) – including broccolini, celeriac and purple carrots – as well as from other Fleurieu Peninsula producers such as Harvest the Fleurieu strawberries and Shaw Family Vintners wines.

Hosting up to 125 guests, this will be the first of many Out in the Paddock events staged at the source of the food and wine being featured on the menu, say event creators Raymond Dahdah and Ally Aoukar.

“South Australia has all the best ingredients for outdoor dining – stunning scenery, an abundance of fresh produce, great wines and passionate chefs,” says Dahdah. “Out in the Paddock will bring all those elements together for a truly unique culinary experience.

“On the night, Laura will create an interactive dessert experience by incorporating a chocolate soil garden that she will construct in front of the guests, from which she will serve ice-cream cones in the shape of carrots, and ginger and carrot sorbet.”

Out in the Paddock will be held on November 29. Tickets are $270 per person. Accommodation and transport options are available. More information can be found here.

Fork on the Road – November 9
Whitmore Square is the site of November’s Fork on the Road event, which will feature up to 30 food trucks and vans. The bar is offering beer, cider and wines from local producers including Swell Brewing, B Cider, 3 Dark Horses and De Anima. Music will be provided, but bring your own family, friends, chairs and rugs. More information can be found here. 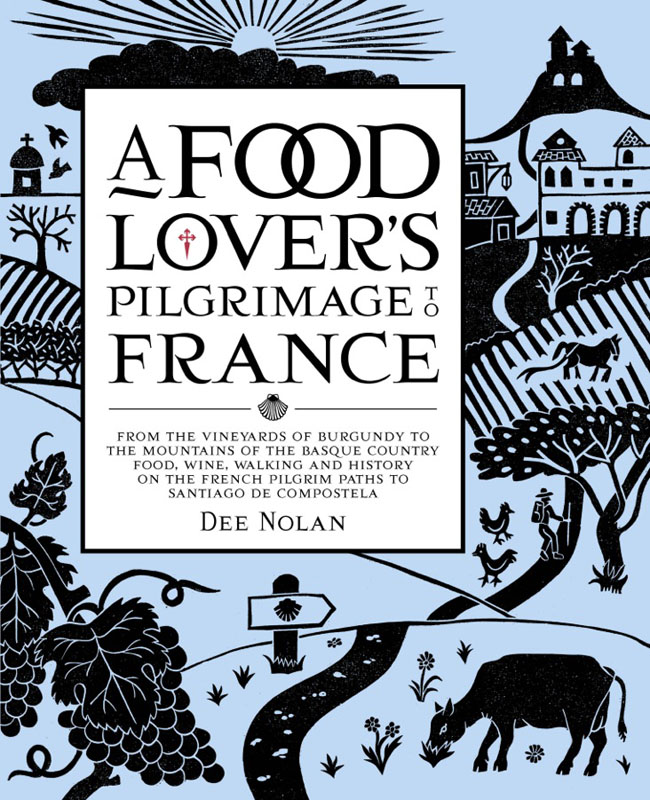 Meet the Author – Dee Nolan – November 13
Award-winning author, food producer and journalist Dee Nolan will be at Matilda Bookshop in Stirling to launch her latest book A Food Lover’s Pilgrimage to France, published by Penguin. Join Nolan for cheese and wine while she gives some personal insight into this stunning book. For more information, call 8339 3931. Tickets are $7 and can be purchased here.

Polo in the Park – November 14
Held as part of The Australian International 3 Day Event (November 13-16), Polo in the Park is a chance to see some of the best players from all over Australia battle it out at a twilight event in Victoria Park. But the food and wine is set to be a star attraction as Hilton Adelaide’s executive chef, Lloyd Cremer, has taken charge this year, offering a number of “action stations” – paella, dude food (treats such as buffalo wings and sliders), salt and pepper squid, and canapes including SA Gulf prawn rolls, Port Lincoln tuna ceviche and O’Connell’s crispy pork belly. More information can be found here.

Bedford Noodle Market – November 14
Peter Lehmann Wines at Tanunda is again hosting the Bedford Noodle Market on Friday, November 14, from 5.30pm to 8.30pm, when food stations including Chinese, Thai, Japanese, Vietnamese, Indian and Malaysian food will be served from the back of Bedford trucks stationed on the lawns of the cellar door. Peter Lehmann wines will be available by the glass and bottle, and a DJ will be setting the party atmosphere. More information can be found here.

Diner en Blanc – November 29
As the worldwide phenomenon Diner en Blanc celebrates its 26th anniversary this year, Adelaide will host its second secret epicurean picnic. Last year’s Diner en Blanc attracted 750 enthusiasts to its all-white BYO event and this year it will again take over an undisclosed public space with more than 1000 people expected to attend. Invitation is by word-of-mouth or by signing up to the waiting list before tomorrow’s close off date.