Tasting Australia: this will be different

Tasting Australia kicks off this weekend and there’s as much on the program for your mind as for your stomach.

The Forager has already interviewed guest Joel Salatin (article to be published tomorrow), and I can confidently predict the innovative American farmer will be fascinating. If you’re at all interested in the integrity of food production, get along to one of his sessions.

There’s food for thought across much of the program, in keeping with joint festival director Simon Bryant’s fascination with food culture and origins. 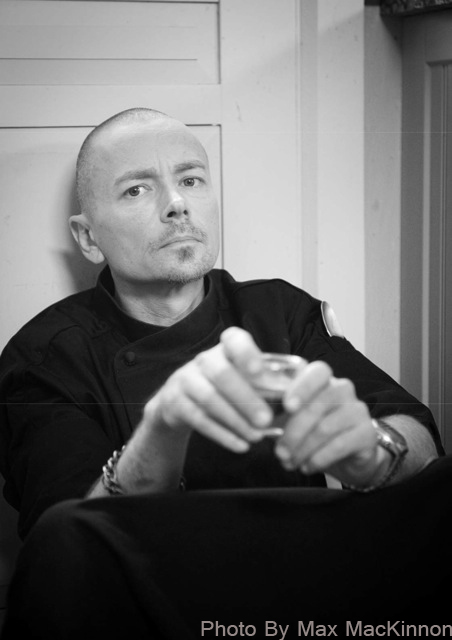 For example, there’s a free session next Friday (May 2) entitled “The Brutality of the Food Chain”. At this discussion, Bryant will be joined by chefs and educators – including Madeleine Parry, the confronting filmmaker. Parry’s renowned Murder Mouth documents her journey as she attempts to face up to killing the animals that she likes to eat.

The reality of what we eat and how it ends up on our plates – versus the way it’s sold to consumers – is an issue that has played on Bryant’s mind.

“I’m fascinated by the language we use around carcasses,” Bryant told InDaily.

That’s just one aspect of the festival’s different thinking. Bryant also recommends other sessions about the dining table and what it means (“it’s where I learned to negotiate as a kid – and how to share”), and how our food connects us – or otherwise – to where we live (“you’re intricately connected to everything by what’s on your plate”).

In our interview with Salatin, he also talks about how the act of eating allows humans to be profoundly connected with their environment.

“It’s a great responsibility, but it’s also a wonderful privilege to be able to touch our ecological nest that profoundly,” he said. More on what he means in InDaily Food and Wine tomorrow.

The Royal Adelaide Show has recognised the boom in Australian cider production by introducing a new competition.

Show organisers say the cider competition, to be held in conjunction with the Royal Adelaide Beer Awards, “is open to producers of traditional and contemporary ciders in either dry, medium or sweet styles, with bottles, kegs and cans all accepted”.

Entries close on June 6 at 5pm. For details, go here and click on the “competitions” tab.

Market turmoil has its costs

The management and board turmoil at the Central Market is having an impact.

In yesterday’s InDaily, respected food writer Barbara Santich wrote about her ideas for the market, gleaned from her visits to similar markets in France and New York. In particular, she proposed market stalls selling meals side-by-side with stalls that sell the produce.

It sounded good to us – and it also rang a bell with restaurateur Andre Ursini.

Ursini, who runs Frome Street’s Andre’s Cucina and Polenta Bar, has been trying for a long time to open a small licensed venue in the market, along the lines that Santich has suggested.

He’s still keen but the loss of the entire market board and the apparent estrangement of the latest CEO has left him with no choice but to put his plans on hold.

“It’s definitely on my agenda because I want to contribute,” he told InDaily. “But we would like a little bit of confidence in the direction that they’re heading. The whole board’s gone – how do you even … ?”

It seems a reasonable question.

The Central Market’s management turmoil has come at a cost.

While we’re talking about Andre, his restaurant is hosting a lunch tomorrow (April 24) with local cook and broadcaster Poh Ling Yeow.

The occasion is to launch her latest book, Same Same but Different.

The $135 cost will include a three-course feast using recipes from the book, matching wine, and a signed copy of the book. Each dish will be introduced by Andre and Poh.

Sea and Vines tickets on sale

Tickets are on sale for events at the McLaren Vale Sea and Vines Festival, held over the June long weekend.

While a range of events on the Monday (June 9) don’t require tickets, organisers say it would be wise to book for other events throughout the weekend, including masterclasses, dinners, degustations and more.