Today in The Forager, new Italian style at the bottom of the “Black Stump”, an interview with Josh Evans from the Nordic Food Lab, Central Market worries and the full program for the Adelaide Food and Wine Festival.

The bottom of the “Black Stump” building in Grenfell Street has traditionally been the place for sandwich shops and delis.

That’s all changed in recent weeks with the opening of two more upmarket Italian-styled places. 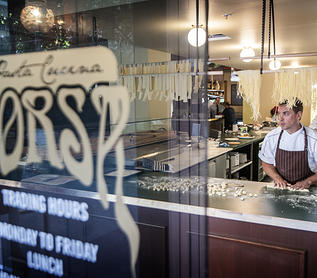 It’s firmly focused on the business lunch crowd, with a big wine list and emphasis on freshness and speed. Bread is also baked daily.

Nearby, small bar Turi is one of the new breed of Adelaide places that tread the line between cafe, bar and restaurant.

Turi is promising traditional Sicilian cuisine (including homemade arancini and chickpea fritters known as Panelle), as well as a “melting pot” of Arabic, Middle Eastern and Turkish influences.

In addition to a lunch menu, you can also stop by for a morning coffee with a freshly baked cornetto.

On Friday nights, drop in for Italian cocktails, beer, wine and Aperitivo (a kind of happy hour with snacks).

Also opening soon is new O’Connell Street pizza joint Tony Tomatoes. The latest brainchild of gun restaurateur Walter Ventura has its “soft launch” this week, so expect it to open up soon.

Adelaide’s independent Food and Wine Festival has launched its full program – and it’s a ripper.

The number of events in the April event has increased since last year from 30 to about 40, with 2013 favourites – including the coffee crawl, the East End Wine Down, and the bacon trail – returning.

There will be hands-on classes, tours, special dinners, a symposium and much more.

Go here to download the program; to receive a print copy, send an email.

The raw materials of Australia

The Nordic Food Lab, founded by arguably the world’s most influential chef Rene Redzepi, brings together biochemistry and gastronomy to explore local food.

The Food Lab’s Josh Evans has been in Adelaide this month, and participated in the “Terroir on the Table” dinner at the Adelaide Festival’s Lola’s Pergola.

He took some time to answer our questions about what he discovered here – and his answers were fascinating.

Here’s a taste: “There are so many amazing organisms that only live in Australia – the diversity of Indigenous flavours is mind-boggling, really. They have also been used as food for tens of thousands of years. The flavours are there, the gastronomic knowledge is there – the main question now is how Australians, both Aboriginals and newcomers, relate to their edible landscape together.” 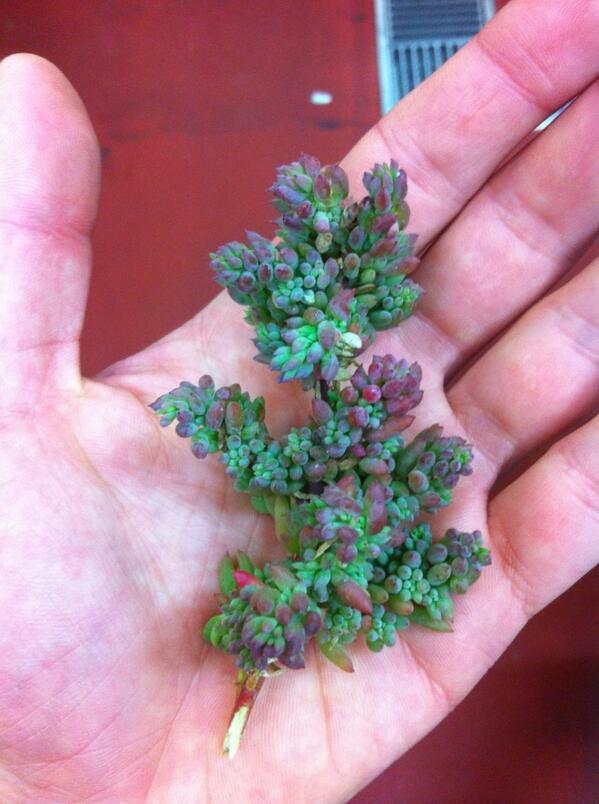 The drawn-out management strife at the Central Market should be a worry to everyone interested in local food and tourism.

But is the answer to hand back management control to a committee of the Adelaide City Council, as former mayor Steve Condous and a few inside the council believe?

That might seem a tempting option given the apparent difficulties between the independent board and successive chief executives, but more than a few stallholders don’t view the old days of council control with much enthusiasm.

Remember the Lien Heng Grocery debacle? One of the market’s most vibrant and popular stallholders – an Asian emporium on the market’s western edge – ended up leaving after a petty squabble over the tenancy.

The council’s particular obsession was the fruit and vegetable stand next to the shop – but that was the very reason that people flocked to Lien Heng. Cheap, fresh, plentiful and diverse Asian herbs and greens. Stuff you can’t get everywhere.

It’s just one issue, but it’s emblematic. Does the council get it any more than an independent board? Maybe it’s simply a matter of getting the right people into the right positions.

Elli Beer is catering at a series of Friday Fiestas at Langmeil Winery in the Barossa, starting this week. For the next three Fridays, from 6-9pm, Elli will be serving Mediterranean-inspired grazing dishes finishing with a giant paella, with Langmeil wines available by the glass or bottle.

East End Cellars’ expanded bottleshop and the accompanying Tasting Room are now open in Vardon Avenue, off Rundle Street. It’s a very civilised place to buy a bottle and enjoy a drink with friends.

Tasting Australia’s official event program will be released on Saturday (March 15, 2014). Go to the Tasting Australia website for details from Saturday, or download the app for your iPhone or Android smart phone.