Jimmy Shu, one of Australia’s best and most affable restaurateurs, very quietly opened on South Terrace last Thursday – and I confidently predict this will become a dining hotspot as soon as Adelaide restaurant-goers realise it’s there.

Hanuman Adelaide, a sister restaurant to Shu’s other Hanuman-badged restaurants in Alice Springs and Darwin, offers the same mix of Thai, Indian (and a little bit of Nonya), that has made Hanuman Darwin the favourite fine diner in that northern city.

The restaurant has taken over a huge space in the ground floor of the Chifley Hotel on South Terrace, just west of Pulteney Street. There’s a very smart fit-out inside and an outdoor dining area where Shu has planted chilli, herbs and black bamboo.

Hanuman Darwin is the most decorated restaurant in that city and many of the favourite dishes are here, including oysters served with lemongrass, sweet basil, ginger, chilli and coriander, a wonderfully comforting Meen Moolie (local mulloway cooked with turmeric, fresh curry leaf and coconut), and black rice brulee – one of Shu’s most enduring signature dishes (a traditional brulee above black rice infused with pandan, coconut, palm sugar and a touch of salt).

Shu, 65, is taking a strong personal hand in the Adelaide venture, renting an apartment on South Terrace, and getting right into the local food scene. He’s also brought some of his gun staff from Darwin to get things moving.

You should also watch out for him during Fringe at the Garden of Unearthly Delights, serving Nonya fish curry and oysters from a food van to promote Hanuman.

We’ll have a full interview with Shu in InDaily food and wine this week. Watch out for it – he’s quite a character.

The Forager did have a sneaky taste of some of Shu’s favourite dishes this week – winners, every one of them. 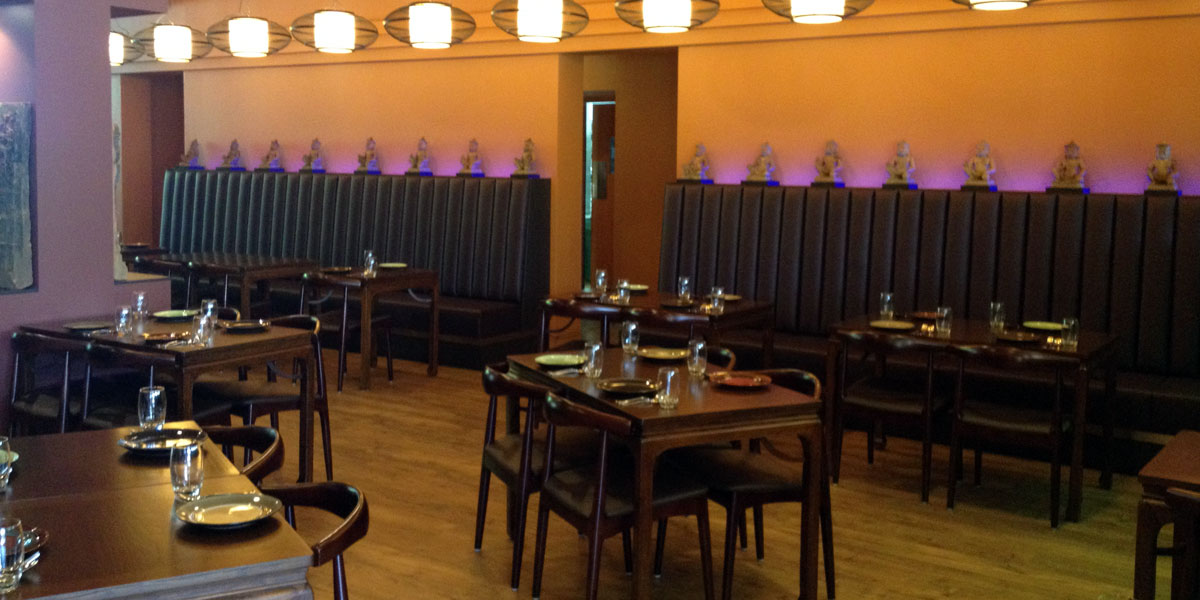 Hanuman restaurant in the Chifley Hotel.

Adelaide favourite goes in the other direction

Meanwhile, Korean chef Chung Jae Lee is leaving Adelaide after two decades to take up a position as executive chef for a hotel in Darwin.

However, Chung Jae won’t be abandoning Adelaide completely. Wife and business partner Sam tells The Forager that the couple will maintain an interest in a new Korean venture in the city. They are searching for a suitable location for the place, which will offer modern Asian “tapas”-style eating.

Chung Jae left Gouger Street’s Mapo restaurant some time ago and has been catering and freelancing. The Darwin role, at the new Elan Soho Suites, will give him the chance to create a rare Korean restaurant in a hotel setting, as well as manage the rest of the hotel’s food. We wish him well.

Australia’s lamb producers – with the aid of deadpan former footballer Sam Kekovich – have worked hard to create the idea that lamb is the only truly Aussie dish to throw on the barbie on our national day of celebration.

But how about cooking up the animals on the coat of arms?

Also getting in on the Australia Day act is a new local home delivery service, Springfield Direct, which is launching with a couple of barbecue meat deals for the big day. The company is the brainchild of former AFL footballers Simon Dennis and Bruce Lennon.

The company is focused on South Australian products and, for now, it’s promising free home delivery in the Adelaide metro area and the Adelaide Hills within 24 hours for all orders (no more bulk freezing of meat, the lads suggest). Free delivery is also available to some country areas, as long as there’s minimum spend. Go here for details.

King William Road will be packed tomorrow (Thursday, 23 January) from 4pm for the Unley Gourmet Gala. Last year more than 17,000 people descended on the boutique strip. This year, there are more than 30 wine and food stalls.

Get down to the Riverbank on Australia Day for a barbecue overseen by SA meat master Richard Gunner.  The “Sunday Session”, an event run by the Adelaide Food and Wine Festival, will also feature local beer, cider and wine. The event runs from 11am to 10pm at the Blue Hive, near the Dunstan Playhouse. More details here.

The Delinquente Wine Co is launching its “organic, vegan-friendly” wines with a pop-up bar at Sad Cafe in Ebenezer Place next week. The bar will be open from January 29 through to February 1, from 4pm to 11pm.

For a magical Friday night (24 January), get along to the Deviation Road cellar door in the Adelaide Hills for a production of A Midsummer Night’s Dream by William Shakespeare. Gates open at 6pm and the show starts at 7pm. For more details and bookings, go here. The same Essential Theatre production will be on at McLaren Vale’s Coriole Vineyards on Australia Day. Details here.

The Orchard Cider Festival will take over Hindmarsh Square on Saturday (25 January). Along with the big boys, there will also be some local companies selling their goods. Street food and music will accompany the drinks. More details here. 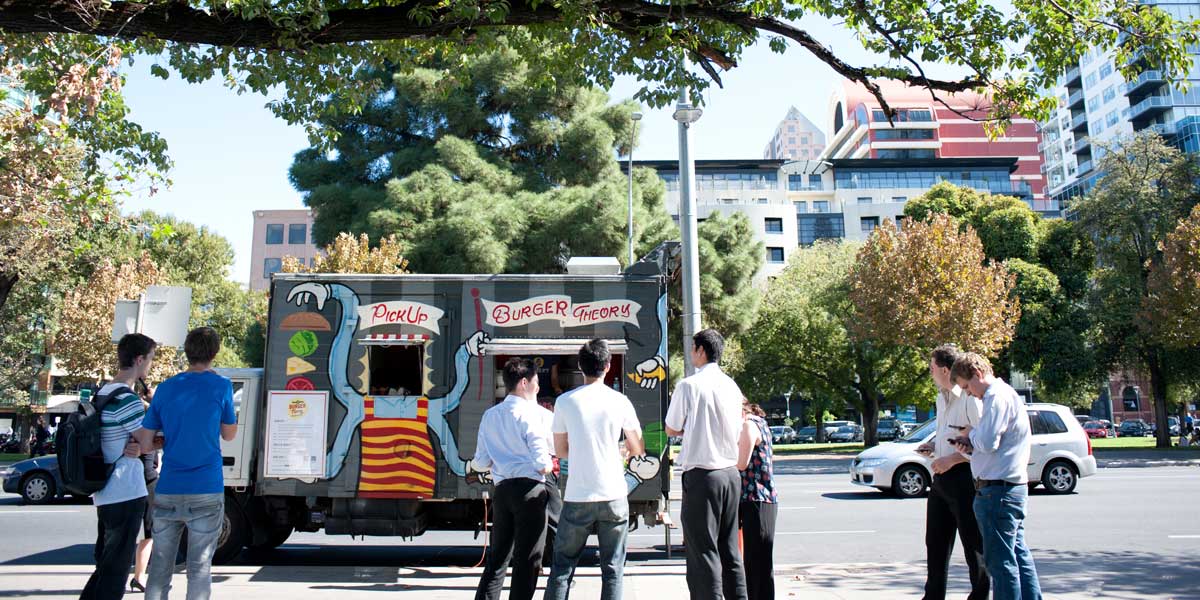 Hindmarsh Square is the location for Saturday’s cider festival.