Today, the latest data shows why we should get out and support our favourite restaurants, The Forager laments the closure of DJs’ Foodhall, a vicarious visit to Champagne and plenty more.

Regular readers will know this column is usually an upbeat run-down of good food and wine news, but some sobering recent statistics should concern every South Australian who loves to dine out.

ABS figures on the restaurant and catering sector show that while the industry is forging ahead in most other states, South Australia is in the doldrums.

This first graph shows turnover in the sector over the past few years. As you can see, we didn’t have the drop-off that some others suffered, but we also haven’t had any growth to speak of. 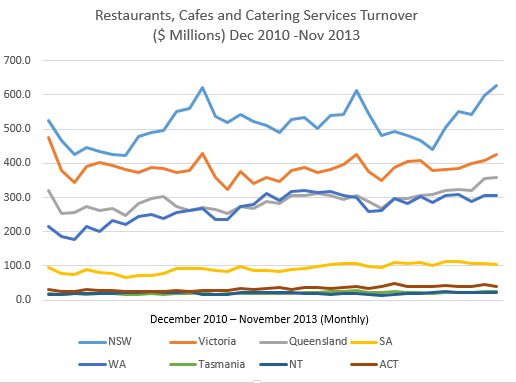 This second graph shows the growth in restaurant and catering compared to other parts of the services sector from November 2012 to November 2013. You can see that SA’s performance on this measure is the worst in the country. 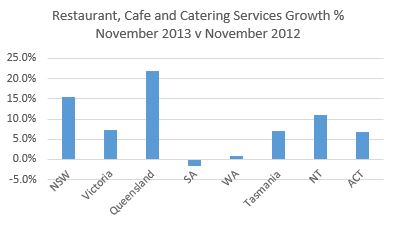 Sally Neville, from Restaurant and Catering SA, says the figures line up with her data, which shows a record number of restaurant sales and closures.

She’s concerned that the “vibrant city” agenda isn’t building new business, but rather shifting customers from older businesses to newer ones.

On the positive side, she says the services growth figure would look more healthy if measured during Adelaide’s “Mad March”, for example. The economy more generally should also get a bump from the state election, thanks to the end to uncertainty.

It’s a reminder that we should support our favourite restaurants and cafes as much as we can, including the places that have been doing good work for many years. It’s a tough business.

As reported first by InDaily yesterday, David Jones is closing its Foodhall.

Retailers are doing it tough, so I suppose we can’t blame DJs for making business decisions about how best to use its floor space.

And, to be honest, I can’t recall the last time I bought something from the Foodhall, which opened with a flourish in the 1980s but never recaptured that bustling, exciting feeling once DJs moved to its new store.

Having said that, DJs didn’t seem to do much to promote the place. apart from the usual run of Christmas hampers. High-end food is a competitive business, and they didn’t seem to engage wholeheartedly any more.

It’s a far cry from the days when the aroma of biscuits baking used to waft up the stairwell to the Mall, and the seats of the numerous food bars were packed at lunch and Friday nights. The Foodhall was located next to kitchenwear and was more easily accessible from the main store. The “new” Foodhall always suffered from a disconnection from the store proper.

In other DJs-related food news, there are still raised eyebrows in the hospitality industry about the decision by Adelaide Central Plaza owner Precision Group to boot Chris Jarmer’s Air bistro out of its North Terrace spot last year.

Jeweller Tiffany & Co won’t be moving into the prime space – part of Adelaide Central Plaza, which hosts DJs – until later in 2014. So why not allow the restaurant’s lease to continue, at least until Christmas? Precision Group gave The Forager short shrift when we called to ask – it said it had nothing to say. Not foodies, then. 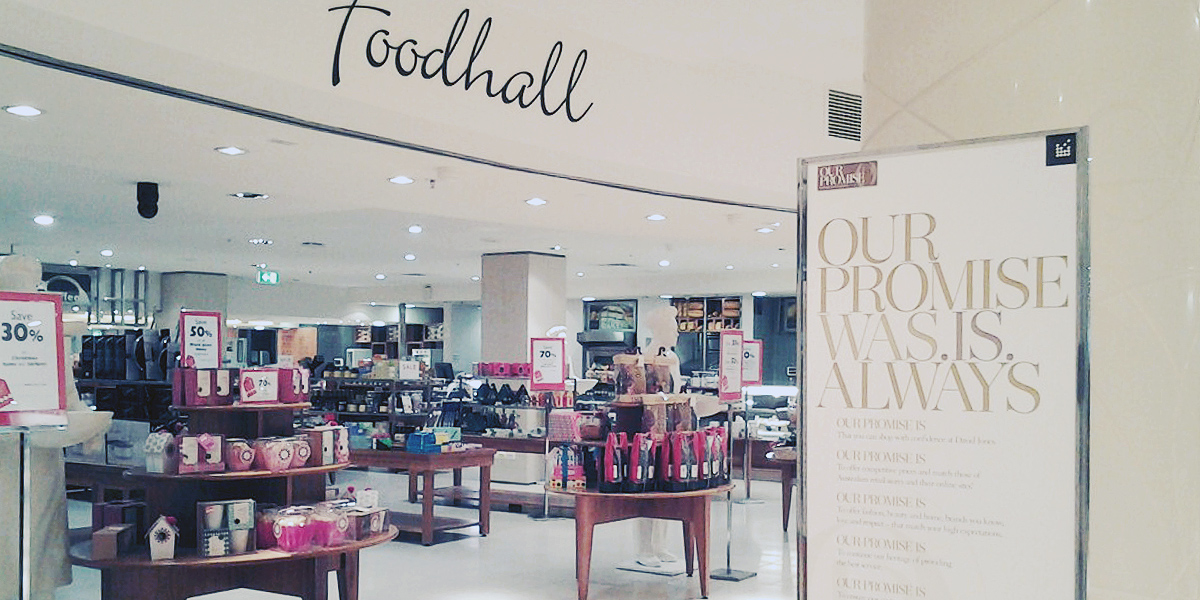 Missed by that much

On a much more positive note, organisers of the Adelaide Hills wine festival, Crush, would be much relieved by the weather forecast – they’ve missed this week’s heatwave by a whisker.

With pleasant forecasts in the high 20s for the weekend’s festivities, Crush should attract good crowds. Go here to download the program. Most events are on Sunday.

One of the events that looks like a beauty is a tasting of French champagne at the Deviation Road cellar door at Longwood.

Winemaker Kate Laurie, a sparkling specialist, will run a tasting class based on her recent five-month sabbatical to France.

She will present a snapshot of the champagne styles, personalities and terroir she discovered during the trip, ranging from champagnes produced by a small biodynamic vingeron to the larger famous houses.

Laurie is promising an intimate and personalised event. The tasting starts at 3pm on Saturday, January 18, and tickets are $120 per person. Book here. 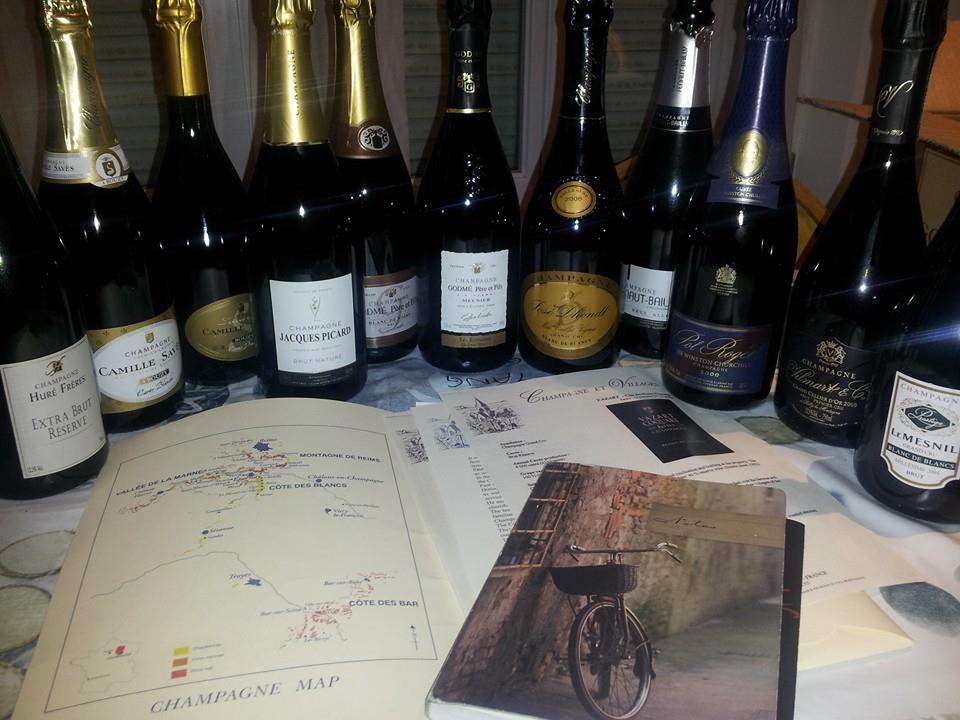 Champagne lined up for tasting on Saturday.

The Prospect Farmers’ Market, which usually runs on Thursday evenings, has been cancelled for tomorrow due to extreme heat.

King William Road will host the 14th Unley Gourmet Gala from 4pm on Thursday,  January 23. The council is promising more than 30 wine and food stalls, and cooking demonstrations from Marion Grasby.

Excellent Melbourne-based chocolatier Koko Black is opening a “salon” in Rundle Mall. Adelaide-born architect and designer Bianca Hung has been working on the fit-out.

The Fork on the Road food truck festival is setting up on the banks of the Torrens, opposite the Adelaide Oval, this Sunday for a special Tour Down Under event (corner War Memorial Drive, King William Road and Sir Edwin Smith Avenue). The normal range of food trucks will be there from noon to 8.30pm. It’s prime position to watch the Tour Down Under People’s Choice Classic fly by from 7.15.