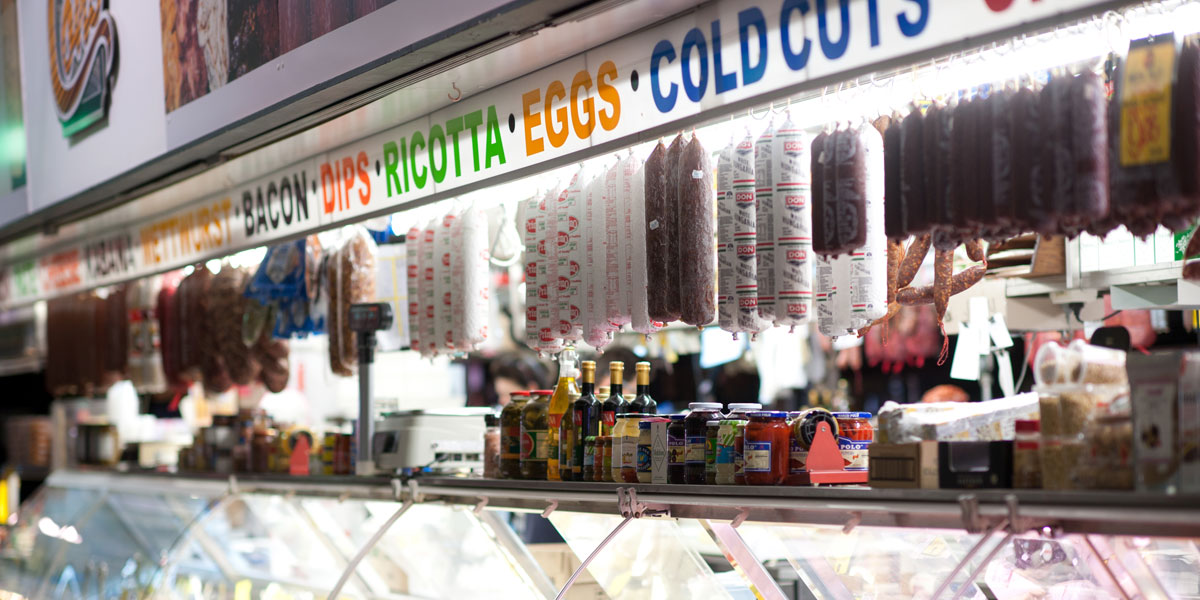 With a week to go until Christmas, there are plenty of excellent opportunities to buy fresh, local food and support South Australian producers.

The Adelaide Central Market’s special Christmas hours kick in later in the week, with storeholders opening from 7am each day from Friday to Christmas Eve on Tuesday. Closing time is slightly different each day – on Friday it’s 9pm; Saturday 3pm; Sunday 3pm; Monday 5.30pm; and Tuesday 3pm.

The Prospect Farmers’ Market tomorrow evening, from 3pm to 7pm, will have its usual array of fresh food, plus a special barbecue. For those who aren’t yet members, you can print or save this flyer to your phone to make you a member for the day, entitling you to a 10 per cent discount. The Prospect market will take a break on Boxing Day before returning with a slightly smaller market on January 2.

The Adelaide Showgrounds Farmers’ Market will trade as usual on Sunday with plenty of Christmas produce available, from cherries to Stollen to meat and poultry.

Other farmers’ markets are also operating this Saturday including in the Adelaide Hills, Willunga, Victor Harbor and the Barossa.

On a slightly sour note, you might notice that local stonefruit is in short supply – it’s been a bad year for the SA product.

The Adelaide Hills wine festival, Crush, has released its program for 2014.

The January festival has a big program across the Hills, with most cellar door events open to all comers. There is also a short list of ticketed events.

Some of The Forager’s cellar-door highlights include ethical and sustainable food and wine at Ngeringa (out the back of Mt Barker), street art and a slow-cooked barbecue at Longview Vineyard (Macclesfield), Asian food and sparkling wine at Deviation Road (Longwood), and Parisian picnic fare at Nepenthe (Balhannah).

Most of the events are on Sunday, January 19, with a few on the Saturday and preceding Friday.

Of the ticketed events, Saturday night at the movies at Robert Johnson Vineyards takes our fancy. Tackling Merlot myths head on, visitors can taste the winery’s Merlot before settling in to watch Sideways, the movie that did significant damage to the varietal’s image.

In the film, set in California’s Napa Valley, wine snob Miles refuses to drink Merlot, but praises Pinot Noir. This sparked something called the Sideways Effect, which was documented by serious researchers.

For those who haven’t seen it, here’s the key scene.

That brave screening of Sideways has got me thinking about great movies for food lovers.

In my view, an excellent summer night is settling in with great food and watching a film that stimulates your brain and your tastebuds. They also make great presents for food-loving friends and family.

Here are my top five suggestions, not in any particular order. Send yours here and we’ll review them in the new year.

A gangster story set in a sizzling hot restaurant-of-the-moment in New York’s Tribeca.

Much of the action happens in the heat of the basement kitchen. Upstairs, Sandra Bernhard plays an insufferable restaurant critic who’s served an allegedly special dish which involves deep-fried spaghetti.

The best food? When the restaurant’s old Italian owner – who doesn’t understand the kitchen’s trendy take on his home country’s cuisine – is served a simple dish of sauteed capsicum and Italian sausage. You can almost smell it.

Yes it’s an animation – about a rat who cooks – but it also contains great one-liners and some truths about food, nostalgia and critics.

My favourite moment – when food critic Anton Ego, voiced by Peter O’Toole, is challenged about why he’s so thin if he likes food so much.

A wonderful film – for any genre – about two Italian brothers, Primo and Secondo, trying to make a living in 1950s America.

Their restaurant is struggling – badly – mostly because of chef Primo’s perfectionism and refusal to “Americanise” his fine Italian food.

The philandering Secondo, the more practical of the two, hatches a plan to host a famous jazz singer in one “big night” that will put the restaurant on the map.

The night doesn’t turn out as planned – but the food is mouth-watering to see being prepared and eaten. Even a simple dish of eggs – the hangover cure the next day – will have your stomach rumbling. Warm-hearted and unforgettable.

This 1987 Danish film makes most people’s lists and for good reason – it shows the power of food to break down mistrust, rekindle relationships and just bring intense happiness to people. It’s the tale of an austere religious sect, living in remote village, and their French cook Babette, a refugee of sorts from counter-revolutionary Paris. The film’s climax is a proper French feast, prepared by Babette with the winnings of a lottery. Must see.

The weakest and most contentious of the top five (other contenders were Willy Wonka and the Chocolate Factory and Eat, Drink, Man Woman). Nevertheless, it’s worthwhile because recipes are at the heart of the action in this Mexican “magic realist” film about lost love. There are many (admittedly fairly heavy-handed) metaphors about the power of food. But the most famous scene is when the main protagonist, Tita, puts all of her passion into a dish of quail with rose petal source. The dish falls into the wrong hands.

Adelaide’s food truck festival, Fork on the Road, is celebrating the festive season this Friday evening in Light Square.

The “Forkmas” spectacular, from 4pm to 10pm, will feature more than 30 new and regular food and beverage vendors.

As well as a wide selection of foods for dinner, there will be beer, wine, cider, sangria from the McLaren Vale area and spirits from Kangaroo Island.

Local musicians will entertain the crowds, there will be board games for hire, a photo booth, and a face painter for the kids (and maybe a special Christmas visitor).

Organisers are asking people to bring an unwrapped gift, suitable for a child aged 6-12, to place under the ‘Gift Tree’, to be collected by the Smith Family after the event. 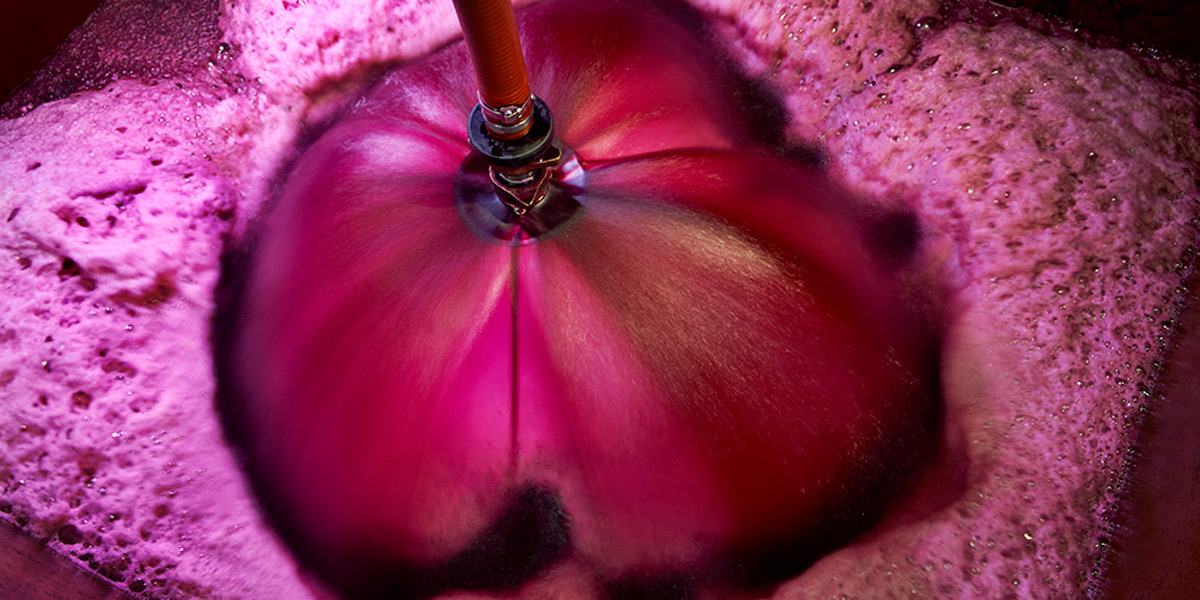 A YEAR IN THE LIFE OF GRANGE, the stunning book by Adelaide photographer Milton Wordley and InDaily wine writer Philip White, has won the Australian section in the Gourmand Wine Books Awards 2013. The work – a beautiful pictorial celebration of Penfolds Grange – will represent Australia in the global awards in May. Well done gentlemen. Read more about the book here.

IF you want to support local producers this Christmas, the Brand South Australia website has a very useful search function.  Just search for a particular food  or category of food and the site will show you who produces it locally.

TASTING Australia has announced a couple of special guests attending the event next year – and the selection shows how far the festival will be from the celebrity-chef-heavy days of the past. With its aim of celebrating the origins of our produce, festival organisers have snagged American farming innovator Joel Salatin, and Australian landscape architect and Gardening Australia host Costa Georgiadis.

Merry Christmas from The Forager

This is our last edition of The Forager for the year. We’ll be back with more food news on January 8.

Thanks for all of your support this year. There is clearly a huge appetite – if you’ll excuse the pun – for local food news and we’ll be seeking to meet that demand again throughout next year.