Bangarra: 30 years of sixty five thousand celebrates the company’s 30th anniversary with a three-part program that begins with the restaging of its first work inspired by a historical figure: Unaipon.

Unaipon has special resonance for South Australia, having been choreographed by Kokatha woman Frances Rings and exploring aspects of the life of Ngarrindjeri inventor, writer and philosopher David Unaipon, who features on the Australian $50 note.

There is a gentle, almost other-worldy feel to the opening of the portrait, which takes place behind a scrim and includes a voiceover expressing Unaipon’s philosophies on our existence in the universe. A dance inspired by the intricate weaving of the Ngarrindjeri is followed by some exceptionally clever choreography performed with strings criss-crossing the stage.

The pace and tone changes dramatically as the dancers convey the inventor’s obsession with science – specifically trying to discover the secret of perpetual motion – before ending with an utterly captivating dance, Religion, performed to a choral excerpt from Allegri’s Miserere. 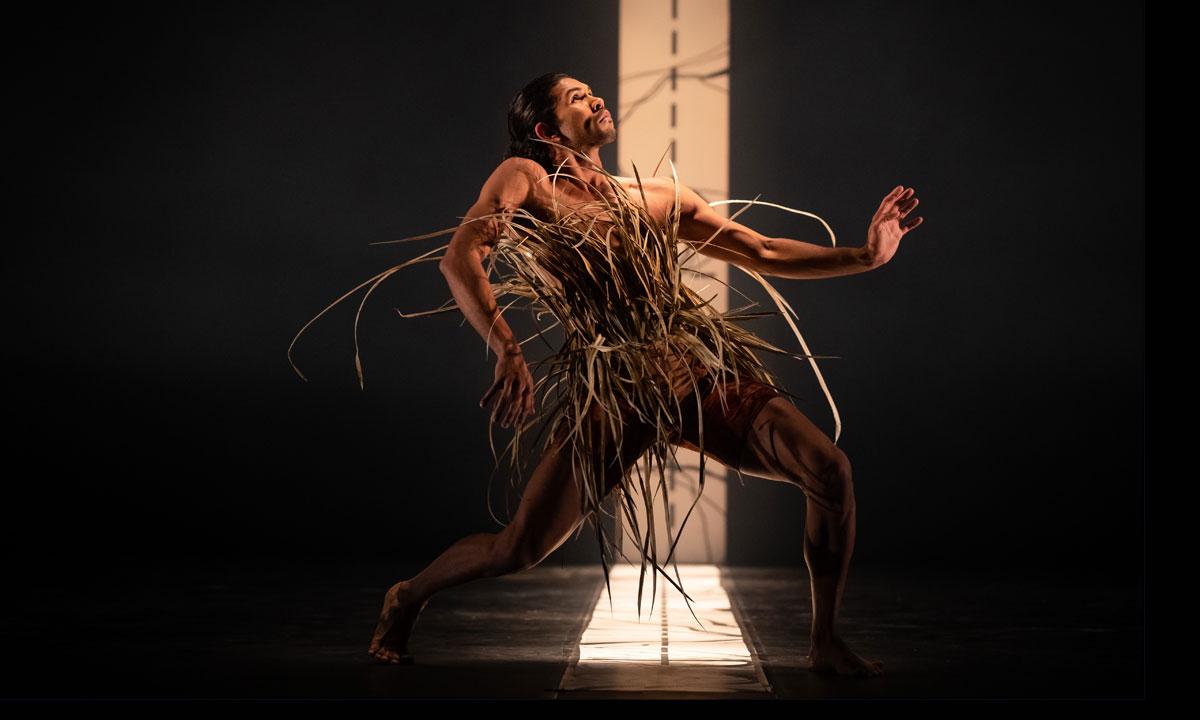 Unaipon is followed in the program by what Bangarra artistic director Stephen Page has described as “a contemporary dreaming and a contemporary creation story” that was observed by someone from far away. The choreographer, Jiří Kylián, originally created Stamping Ground in 1980 when, as artistic director for the Nederlands Dans Theater, he was awestruck by the dancing he witnessed while attending a gathering of Aboriginal and Torres Strait Islander clans on Groote Eylandt in North East Arnhem Land.

Presented on a much more minimalist set than the two works that sandwich it, Stamping Ground begins without any music and borrows from traditional Aboriginal dance but gradually becomes more quirky as the percussive score kicks in. There’s a playfulness and humour in the contortions of dancers’ bodies and the push and pull of their interactions, which at times sees them resemble a three-headed, multi-limbed insect moving sideways across the stage. 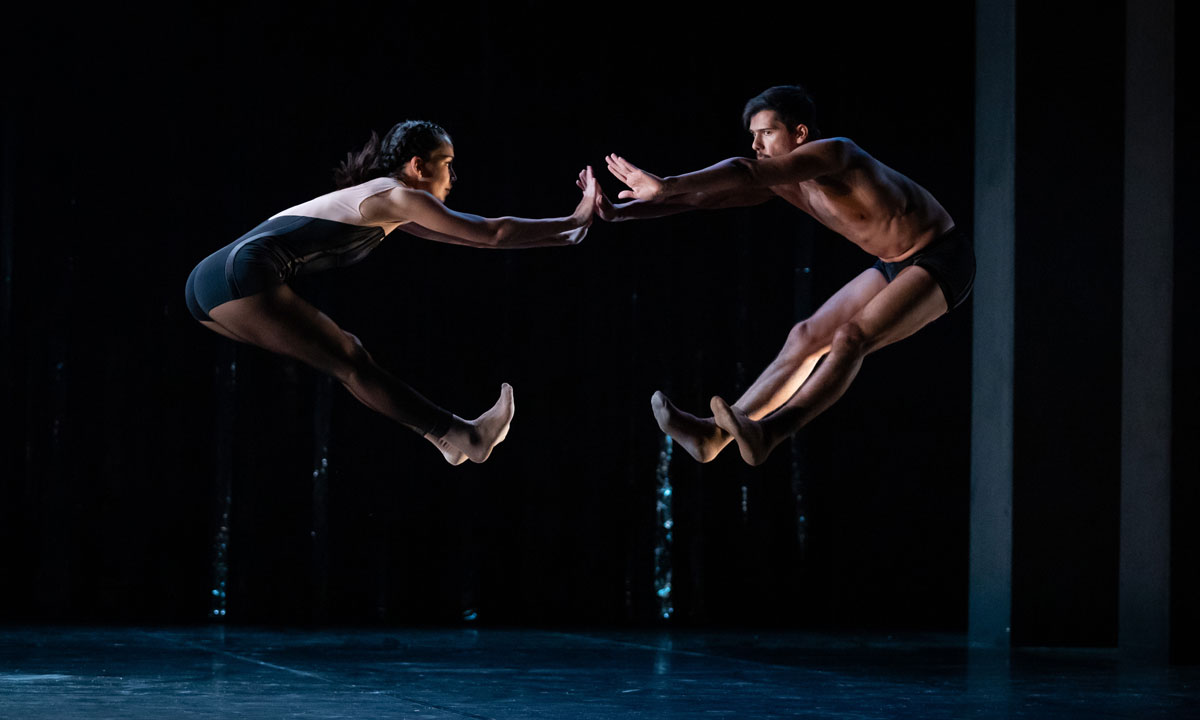 To Make Fire is the final work in the production – a collection of dance stories curated by Stephen Page which is drawn from the company’s 30-year history and unfolds against an ochre backdrop with a stunning set and costumes.

One of those stories, Mathinna, is heart-wrenching in its depiction of the distress of a young Aboriginal girl removed from her home and taken into a colonial family. However, the overall impression of To Make Fire, is one of resilience, strength, community and fierce connection to country, and as a showcase of the past 30 years it is a fitting finale for the anniversary celebration. 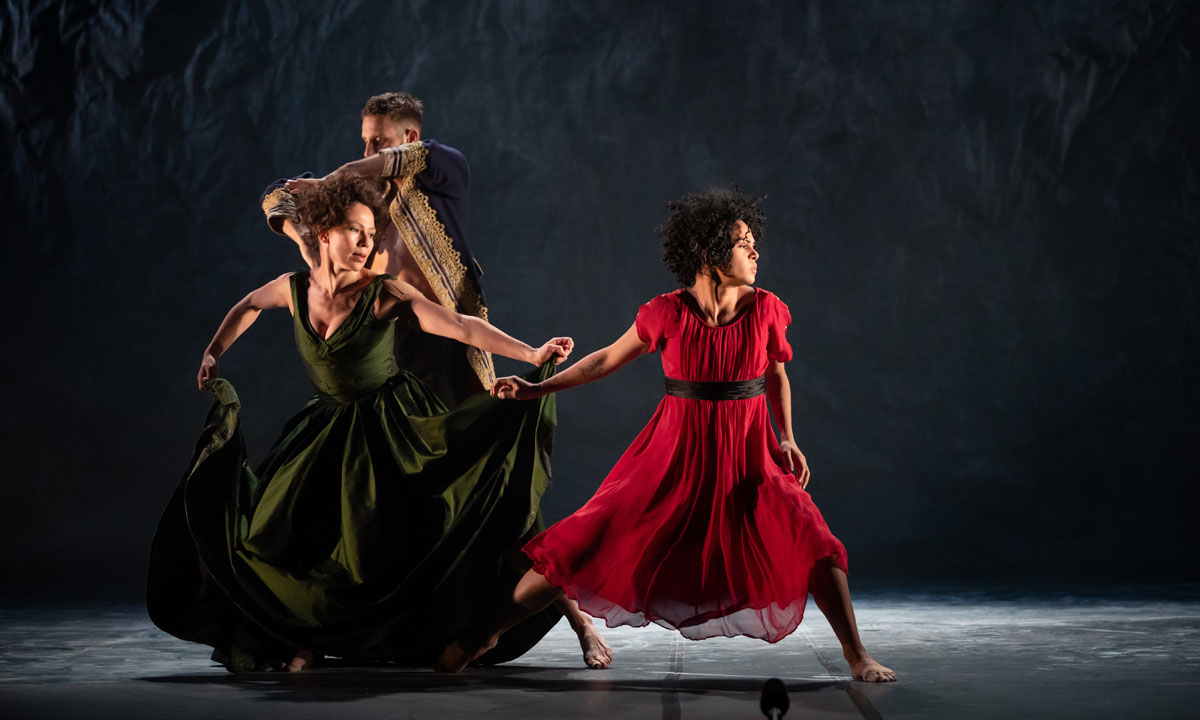 The performances of the dancers throughout Bangarra: 30 years of sixty five thousand are exceptional, and the production is a tribute to the company’s entire “creative clan” – including the late composer David Page, whose music features in both Unaipon and To Make Fire.

In the program, Stephen Page is asked what the company’s greatest achievement has been in the past 30 years.

“Just surviving and thriving in this contemporary world of culture and politics,” was his response.

It is a feat worth celebrating, and Bangarra is such a vital feature of Australia’s performing arts landscape that it is to be hoped it continues to thrive for many more years. For lovers of contemporary dance, Bangarra: 30 years of sixty five thousand is a must-see.

Bangarra: 30 years of sixty five thousand is at the Dunstan Playhouse until September 21.