“We don’t give them any time to be bored,” Day tells InDaily.

“We’ve often got people up on their feet by the end of it – people get swept up in the fun of it once they get into the story.

“And it is a great story. It’s a thriller; it’s very gripping.

“Hitchcock designed all these films with the audience in mind and I think Simon [director Simon Phillips] does exactly the same thing.”

Day – whose myriad credits include screen successes such as the award-winning Warwick Thornton film Sweet Country, ABC comedy Rake, and Stan’s streaming hit Wolf Creek – has been playing the lead role of Roger Thornhill in this production of North by Northwest since it opened in 2015.

The 1959 film is widely considered to be one of Alfred Hitchcock’s best, with Cary Grant owning the role of Thornhill, the dapper New York advertising executive who is first kidnapped and then ends up being chased across America after being mistaken for a government agent.

“I just approached it like I would any other role,” he says.

“As the show has progressed and the more performances I’ve done and the more I’ve got comfortable with it, I now have kind of begun to throw in a few tips of the hat to Cary Grant, but I always thought it would be a disastrous idea to try to do a straight impersonation of the man.” 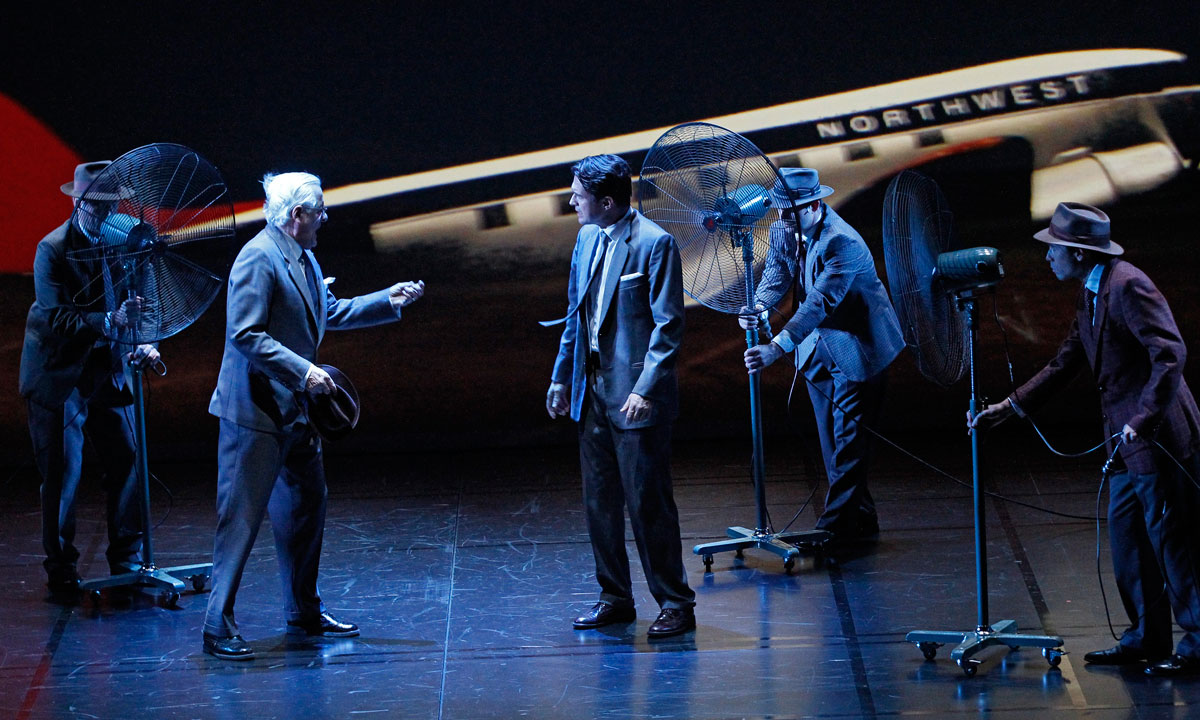 Day describes himself as a huge Hitchcock fan, but admits he thought North by Northwest was the least likely of his films to be adapted for the stage because of its classic action scenes – including the climatic chase scene across the presidential faces of Mount Rushmore, and another in which Thornhill is pursued by a crop duster.

However, the theatre production – directed by Simon Phillips (Muriel’s Wedding the Musical, Priscilla Queen of the Desert) and adapted for the stage by Carolyn Burns – has impressed critics with its clever design, staging and special effects.

“I thought it would be a great challenge …” Days says of his initial response to the play.

“There’s trains, there’s the crop duster, there’s cars and taxis and Mount Rushmore and a lot of it is achieved by using old-fashion special effects techniques with a lot of rear projections and people manipulating models and stuff – but the Mount Rushmore sequence is a very unique solution.

“When I stepped into the rehearsal room the first thing I asked Simon was, ‘How are you going to do Mount Rushmore?’

“I thought his solution [which he can’t divulge] was uniquely Simon Phillips and I thought was ingenious, so that’s probably my favourite scene.”

By Day’s quick calculation, he’s done around 200 performances as the harried Thornhill. It is exhausting – “you lose a couple of kilos” – but he says it’s also a great deal of fun.

“I think of this show like a kind of wind-up spring-loaded tour. We wind it up and we release it and it doesn’t stop moving for two hours and I just get thrown around the stage.

“It’s great to drop into that world – and who doesn’t want to be thrown into a Hitchcock film?”

North by Northwest will play at the Festival Theatre, Adelaide Festival Centre, from December 29 until January 20, with a special New Year’s Eve official opening performance including a 1950s themed after-party where cast will attend in costume.