Written by Elena Carapetis and directed by Geordie Brookman, the new play successfully blends sombre reflection of telling issues with bawdy humour and some delightful acting.

The Greek, Cypriot and Italian migrants at the heart of the play are dispossessed people who fled hardship as post-World War II migrants and are fighting to make a living in a new land. Subject to further prejudice and uncertainty in this country, they also remain prey to troubling personal histories that have travelled with them.

The setting is redolent of both heavy industry (with the threat of severe injuries in neglectful conditions) and fishing, the latter more aligned with some migrant backgrounds. It poses questions about aspirations in changing times, and there is a strong sense of wanting to start afresh. 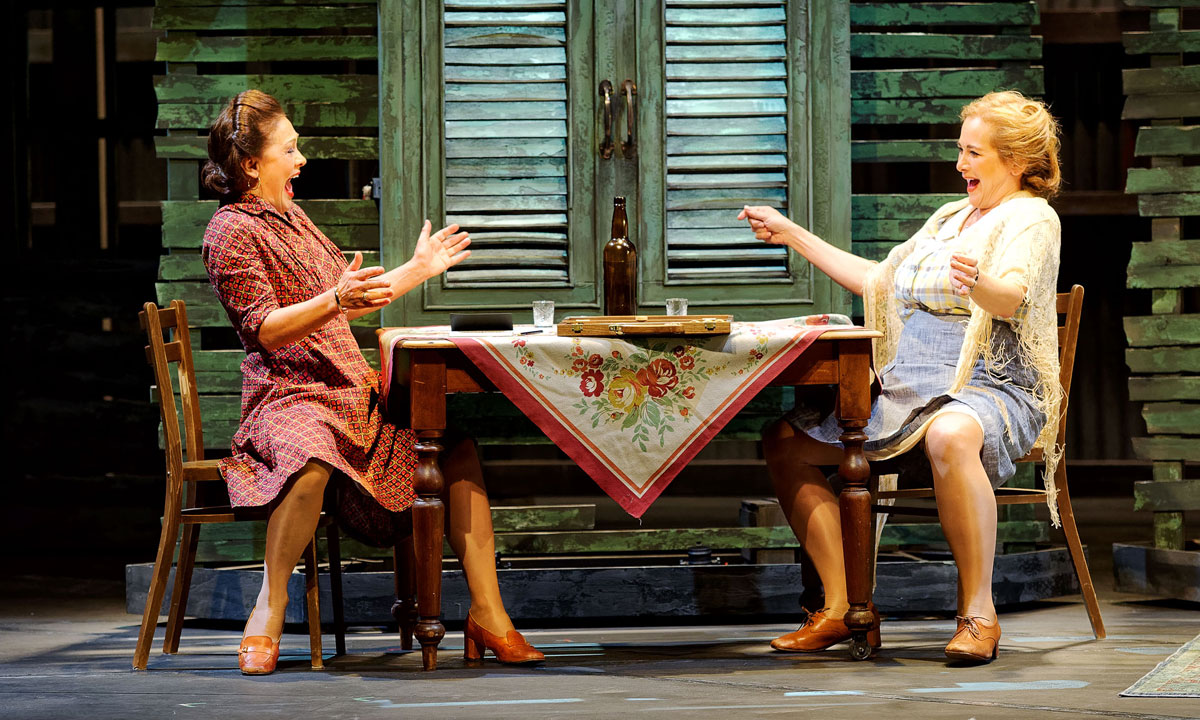 The lives of two women in Port Pirie in 1947 are disrupted by unexpected visitors, both of whom open old wounds. Assunta, the Italian boarding-house owner, is beautifully played by Dina Panozzo as a bold, independent woman with a sometimes lewd sense of humour, and a deep anger whose basis emerges late in the story.

Assunta’s friend, Vasiliki, is a Greek shop owner played by Deborah Galanos in a lynchpin role. They are wonderful to watch.

The women want to heal and start over yet still long for a distant home that has no more to offer, that “spits you out”.

Their past confronts them again, raising issues of stolen land, sacrifices made for family and friends, racism and othering, internment camps (with their alarming mix of politically opposed people in a melange of violence), and the role of women in a patriarchal society. This is quite a lot and raises the question whether Carapetis has filled the story with too many issues.

In any case, here we have The Odyssey feminised, the notion of always leaving and wanting home. It is properly interwoven with issues of primal conflict between male and female power bases plus the Madonna/whore complex embedded in the migrant and host cultures.

Carapetis illuminates and deftly condenses key language features and cultural idioms from the main cultures. The linguistic sounds of migrated populations are accurately represented, including the Greek language and Cypriot dialect, and the Creole of “Grenglish” — shifting between languages in a true and comic device that reflects how migrants talked then and now. Depicting the home brew, “tsipouro”, which scrapes your insides out, adds a fun element.

A multicultural drama of strangers in a strange land

A darker aspect is the treatment of linguicide, the imposition of a hegemonic language (English) by the dominant culture. This is exemplified in the approach of Agnes (Elizabeth Hay), a young Anglo-Australian teacher whose presumption is that she can help migrants assimilate in do-gooder mode. She has her own troubles.

References are made to the seeming absence of Aboriginal people in towns, and to the cruel impact of white settlement. It’s a brief but necessary acknowledgement of the way that present Australia has been created through waves of outsiders arriving on this continent.

Eugenia Fragos precisely realises the role of Anna, one of the unexpected visitors, who comes with arresting hopes and fears. Renato Musolino is the other arrival and, as Vito, he offers wonderful light and shade to a complex character.

Special mention should be made, too, of Philippos Ziakas playing the young man Yianni. A recent migrant in real life, he brings a fresh and credible aspect to his performance.

It was a thought-provoking performance, well worth seeing. I’ll be back for another taste.

The Gods of Strangers is being presented at the Dunstan Playhouse until December 2. It is a tri-lingual performance, in English, with sections of the play in Greek and Italian with English surtitles.