“When we opened all I could see were hands in the corner of my eye from the people wiping their tears,” says Brothers Wreck actor Nelson Baker.

“A lot of people have said to us after the play that they forgot that they were watching a show because it is quite real for so many people.”

Written by Australian playwright Jada Alberts and co-produced by the State Theatre Company of SA and Melbourne’s Malthouse Theatre, Brothers Wreck tells the story of a grief-stricken Darwin family who struggle to deal with the suicide death of a family member.

The play centres on the character Ruben (Dion Williams), who wakes up to discover his cousin Joe committed suicide. Baker plays Ruben’s friend Jared, who consoles him in the aftermath of his discovery.

Youth suicide is a familiar issue for Australia’s Indigenous communities. According to the Australian Bureau of Statistics, from 2012 to 2016 intentional self-harm was the leading cause of death for Aboriginal and Torres Strait Islander people between 15 and 34 years of age.

The prevalence of suicide among Indigenous communities is so great that Baker says in the first week of rehearsals about five or six friends or family members of the cast died from suicide, a revelation which he says left the actors “vulnerable” and “numb” to the character Ruben’s disturbingly relatable story of anguish.

“We’ve had deaths coming in like, this person has died, that person has died… our families are so extended and so big in the Aboriginal communities that we know everyone,” Baker says.

“It’s been hard for us as a group and we’ve all broken down in rehearsals.” 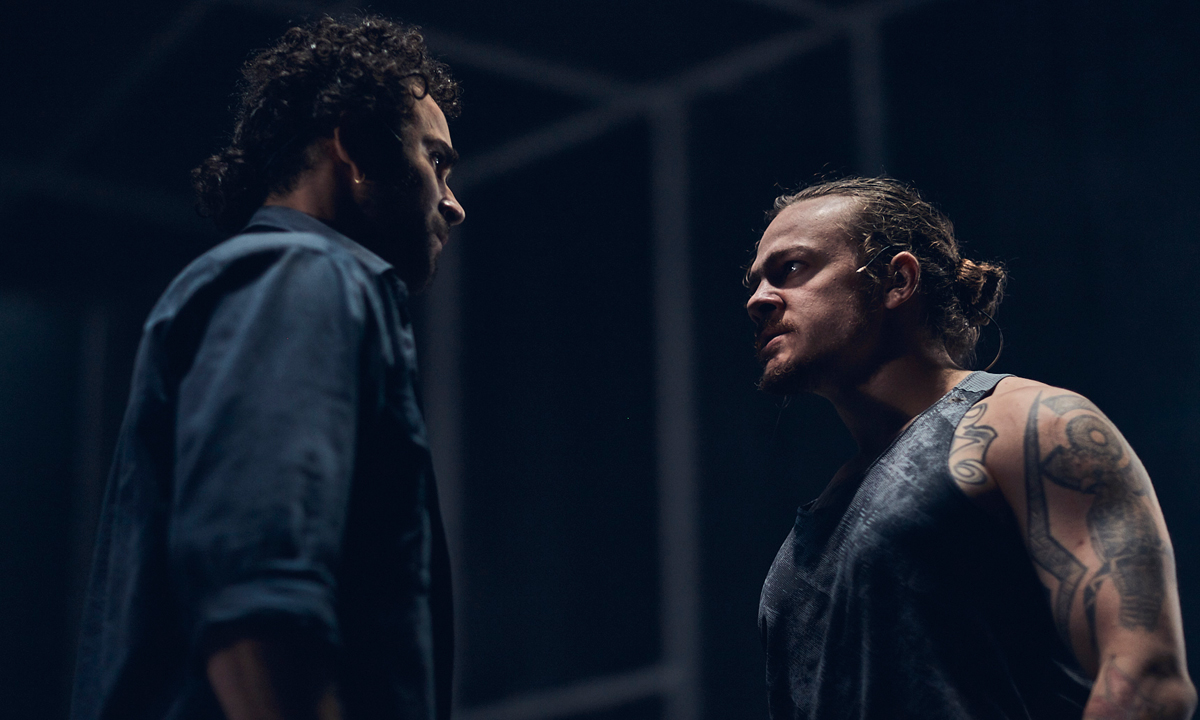 In such an emotional environment, Baker says the cast quickly became a close-knit group, learning to separate their professional and personal lives to deliver their best performances.

“When we were reading the script for the first time we were just shaking and crying and thinking, ‘f∗∗∗ this is so intense’, because the writing is just so good that we can really feel every word that’s being said,” he says.

“Sometimes when you’re doing the shows you just go numb and you think, ‘f∗∗∗ I didn’t feel anything from that show’, because you become desensitised.

“It’s just so hectic – it’s like this family goes from such a nice place to going through all this shit and then trying to bring each other back to the surface.”

Baker says the play is contemporary, with a symbolic set of mesh, plastic and see-through walls to represent Ruben’s disturbed headspace.

“It’s like an asylum which shows this empty prison inside his head,” he says.“Ruben stays on stage the entire time and the set is so prison-like, it kind of represents the fact he’s trapped in that mindset.”

Despite the play’s sombre plotline, it is described as a life-affirming work that shows the healing power of communities.

Baker believes it has an important message about how to deal with mental health.

“Especially for men, often the response is to harden the f∗∗∗ up and they’ve got to be stronger about it,” he says.

“I’m sure everyone gets depressed at times so it’s like, we can all relate to what depression feels like at times and it’s just about remembering where you’re from, who you are and why you’re doing the things you’re doing and just living in the moment and not getting too caught up in the past.

“We know that these issues are real, that’s why we’re doing it.”

State Theatre Company and Malthouse Theatre will present Jada Alberts’ Brothers Wreck at Odeon Theatre from June 27 until July 14. The play contains strong coarse language and adult themes including references to suicide and alcohol abuse. It is recommended for mature audiences over the age of 15. Find out more here.