Playwright Fleur Kilpatrick has written a play that depicts teenagers as intelligent, complex people instead of the stereotypically simplistic characters we are often subjected to on television.

Terrestrial grew from her own teenage memories of visiting a remote South Australian mining community, with the play set in a town that is being deserted due to a looming mine closure.

Actors Patrick Jhanur and Annabel Matheson portray two believable characters, Badar and Liddy, who have found a connection with each other more than with adults or family, even if they do not see eye to eye.

Liddy, who only recently arrived in the town with her mum, is running scared and desperate to escape, whereas Badar is relatively content with where he is in life, but these two seeming opposites find an attraction in each other. 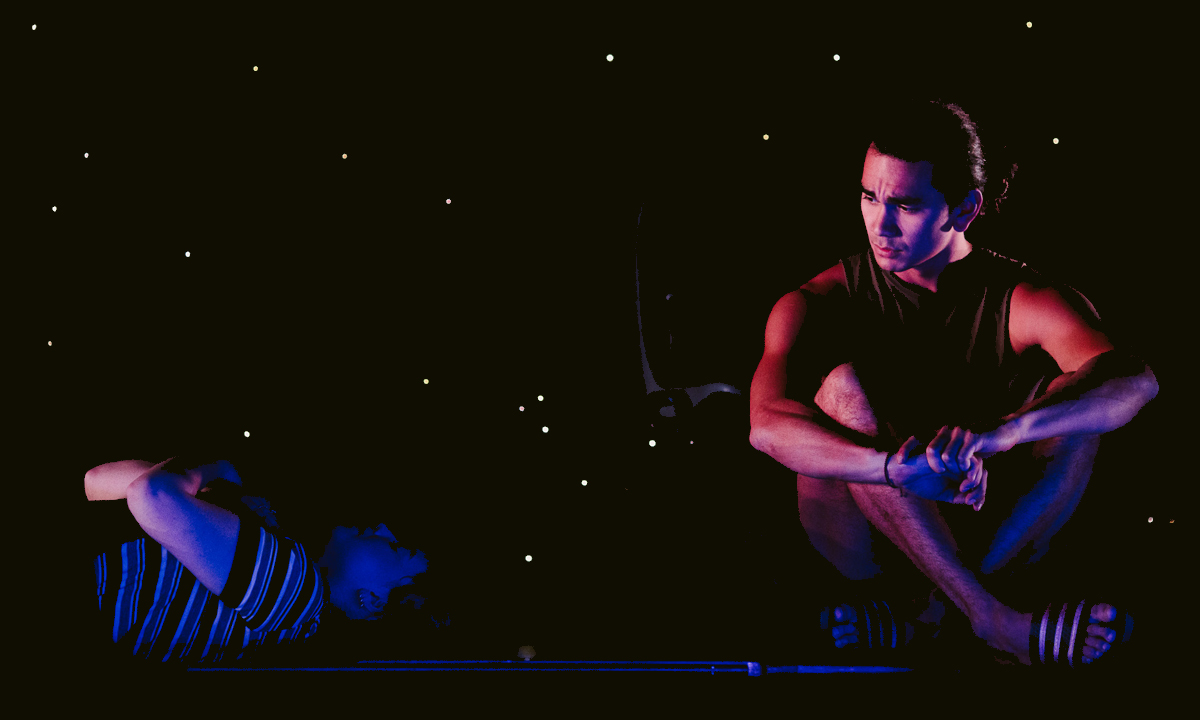 Meg Wilson’s set is appealing with its lengthy, plain floor and a blank wall that can take projections with a two-way mirror above a table and chairs. Chris Petridis lights the set cleverly and, as there is wonderment about alien life and whether it would be better to be abducted by aliens than live in the isolation of the outback, there are moments when the set becomes a starlit night sky.

The teenage dialogue is interrupted periodically by Patrick Frost’s mellifluous tones as an interrogator asking Liddy about her family and background and the events that took place on the night she and Badar were together. Andrew Howard’s soundscape adds musical support to the feeling of outback serenity.

Director Nescha Jelk refers to each of us living in our own reality bubble and there being room to interpret Liddy’s experiences in different ways, and there are allusions in the play to the possibility the teenager is experiencing mental health issues.

In Terrestrial, we have two quite well-grounded teenagers conversing about topics that are of interest or concern to them, and, perhaps because the production team was conscious of maintaining the integrity of the pair – avoiding teenage histrionics and angst – there is a somewhat anti-climactic finish when we could have done with a bang rather than a whimper.

Terrestrial is playing at the Space Theatre, Adelaide Festival Centre, until June 2. It has been travelling regionally with the support of Country Arts SA, and will visit seven more towns following its two-week season in Adelaide.