How to be a Good Wife is an unexpected departure for writer-director Martin Provost from his regular fare of sombre biopics of under-appreciated female artists and writers such as Séraphine (2008) and Violette (2013). While still tackling serious subject matter – the rise of feminism in the months before France’s social and political uprising of May 1968 – this film sees Provost try his hand at social satire with a healthy dose of farce.

The story is set in Alsace at a school for training young women in the domestic skills needed run a household after marriage; the sexual revolution has yet to touch this ultra-conservative region of France. The school is run by Paulette van der Beck (Binoche) and her husband Robert (François Berléand), who spends more time drinking, gambling and leering at the students than assisting with the workload.

Paulette holds the whole archaic establishment together with unquestioning devotion to traditional ideas of marriage and wifedom. Working alongside her are Robert’s sister Gilberte (Yolande Moreau) and scene-stealing Sister Marie-Thérèse (Noémie Lvovsky), who share the responsibility for moulding teenage girls into marriageable young women.

The school is struggling – enrolments are falling and the students are increasingly rebellious – but Paulette tackles all obstacles with her chin held high. Until fate intervenes in the form of Gilberte’s rabbit stew and Paulette finds herself in unchartered territory both emotionally and financially. 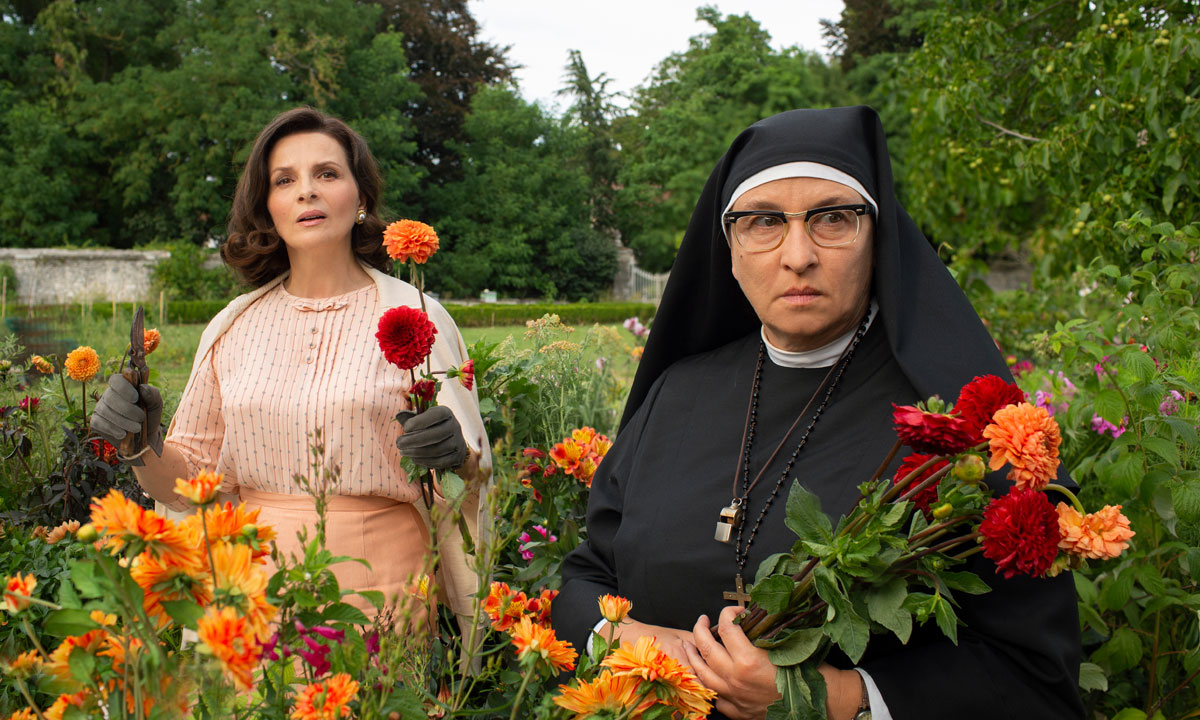 Comedic talent: Juliette Binoche and Noémie Lvovsky in How to be a Good Wife.

In desperation, she consults local banker André (Edouard Baer), who also happens to be a long-lost love. The spark of rekindled romance, fanned by news reports of growing civil unrest in the capital, light a fire in Paulette that burns brighter as the events of May 1968 loom.

Alongside Binoche, the film boasts an impressive ensemble cast that includes some of France’s most respected comedic talent. It is generously peppered with the standard winks and nudges of farce. Binoche, in particular, reveals a talent for satirical timing and delivery.

While the comedy misfires at times, the set and costuming provide constant delights. The costumes, especially those showing Paulette’s evolution from sturdily corseted headmistress to trouser-wearing feminist, speak as eloquently about social transformation as the script.

Dealing with such a heavy subject as the sexual revolution in ultra-conservative rural France, How to be a Good Wife admirably manages to hold on to a breezy and often goofy tone.

This is a film that will particularly appeal to viewers well-versed in the canon of French comedic cinema, unlike this reviewer, who had the recurrent feeling of references and homages sailing overhead. This was particularly the case during the closing scenes, but to say more would a spoil the ending. Regardless, it is an amusing film with its heart in the right place, and fans of farce and campy social satire will find much to enjoy.