Adelaide Film Festival celebrates its home state on screen with Made in SA, a selection of locally produced shorts.

There are nine films, four of them funded by the South Australian Film Corporation, and it’s an impressive collection with a little bit of everything from humour to horror.

Upside Down Feeling (directed by Eddie White) opens the show with a sweet tale of a young boy overcoming his fears. He’s struggling to understand the death of a classmate but when he buys a second-hand book he also gains an empathetic sidekick and a new way of looking at the world.

Exploring a similar theme, My Little Sumo (Ana Maria Mendez Salgado and Carlos A Manrique Clavijo) uses charming, cut-paper-style animation to depict the bond between a small girl and her grandmother. It’s a bittersweet tale with a unique look and strong writing.

Mood Machine is a glorious trip – a rhythmic, kaleidoscopic ride through abstract patterns created from hair, skin, teeth and assorted body parts. It got my vote for best short of the night. In Enfilade, a lone man has only a red ball and a gun as tools to break him out of the hopeless situation in which he finds himself. This one’s a hypnotic journey through a white-roomed hell, and compelling from start to finish.

Being pursued through the forest by a homicidal maniac wielding a large machete? Don’t worry, the situation might not be as hopeless as you think. Too Dark (Sean Lahiff) subverts the genre in a way that’s both smart and hilarious when the chasee ends up coaching her chaser.

There’s darkness at the heart of both What We Know (Marion Pilowsky) and Criticism (Ryder Grindle) as well. In What We Know, a new love interest stirs dangerous passions at an uncomfortable dinner party. A theatre critic ends up hosting a party of a very different kind in Criticism, when he brings home a rent boy and his thug of a friend from the beat. These two works have high production values and exceptional performances but are let down in both cases by endings that are obvious and somewhat unsatisfying.

The Film You Wrote, with a narrative crowd-sourced from the public in the months leading up to the festival, is the weakest link in the suite. Tilda Cobham-Hervey is the face of the ADLFF but in this piece does little more than smile as she’s posed in front of a series of scenarios which flash past at breakneck speed. 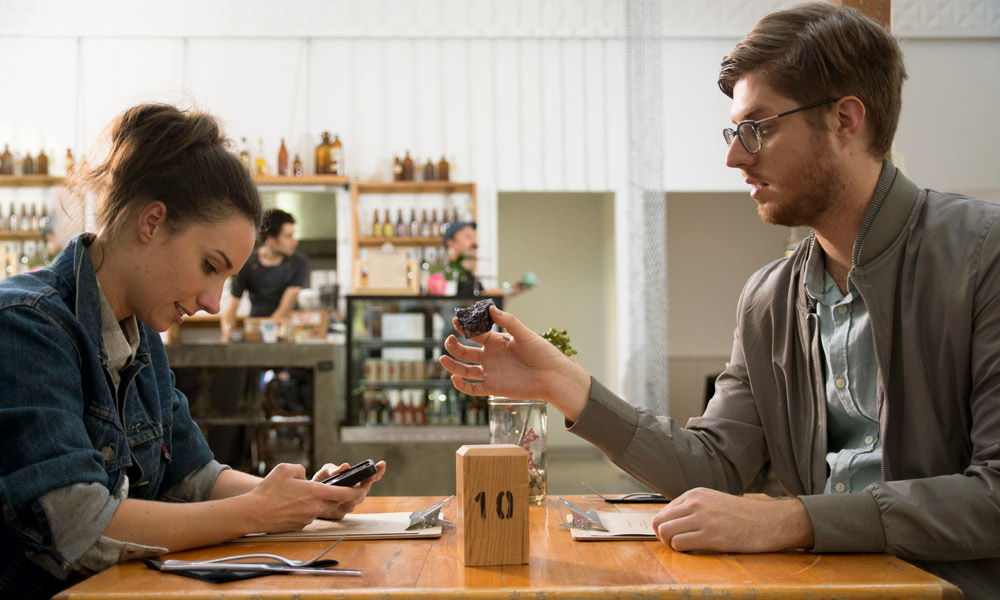 My Best Friend is Stuck on the Ceiling.

The program’s closing film seems to inspire the strongest audience response, with My Best Friend is Stuck on the Ceiling (Matt Vesely) winning some well-deserved laughs for its portrayal of what must be one of the most unusual coffee dates ever depicted on screen. It’s awkward, endearing and very funny – an accomplished end to an entertaining showcase of SA talent.

Made in SA will screen again on Friday, October 30, at Middleback Theatre in Whyalla as part of the Adelaide Film Festival’s regional program.