In the end, there were probably more police, security guards and TV cameras than actual protestors outside the new Tuxedo Cat on Hyde Street for the opening-night performance.

The contrast between the fire-and-brimstone preacher with his placard-waving group and the quiet, candlelit prayers illustrated the diversity even among antagonists of the show.  No stones and rotten tomatoes, though, thank God.

But on to the show inside.  There was a palpable buzz among the audience as we made our way through the throng and up the stairs to the theatre.  Security guards checked bags and jackets for the usual automatic weapons, grenades and the like. 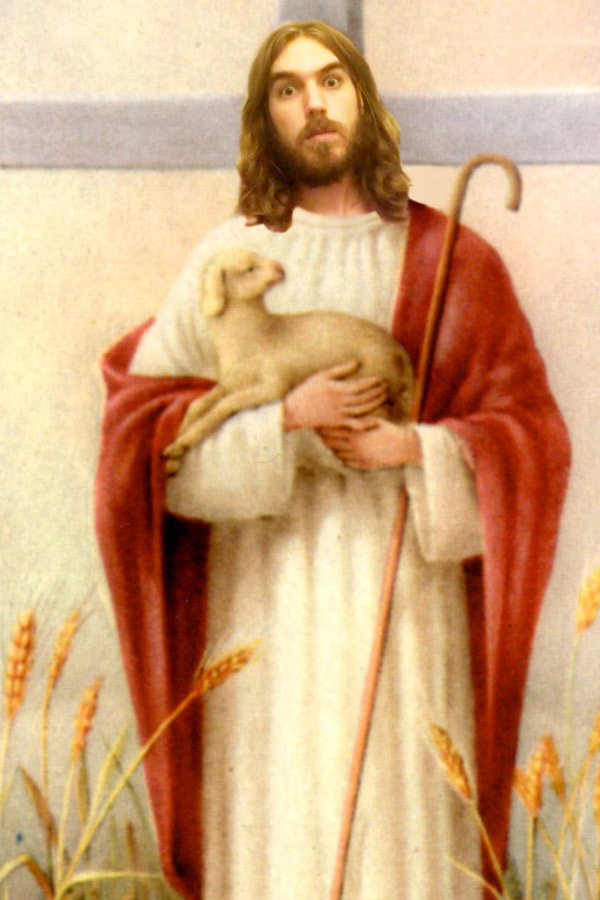 By the time we entered the room, Jesus was already on the Cross – calm, serene, showing no signs of the pain he should have been in. Ladgrove’s uncanny likeness to our popular vision of what Jesus should look like gave the room a surreal atmosphere.

This was an unscripted show with no clear direction of where it would head.  The still audible wailing of protestors outside added to the tension.  It began with a simple invitation to “heckle”.  A nervous start but the audience momentum built.

From the outset, Ladgrove’s Jesus was open, respectful, humble, brilliantly quick and funny – almost Christ-like.  One wonders if the threats of legal action toned down his responses but, with his help and the self-regulation of audience members, the show never degenerated into the areas feared by some Christian leaders.  Instead it was an hour of laugh-out-loud comedy where the audience became the stars.

Highlights were the throwing of a loaf of sliced bread and a can of tuna onto the stage with a dare to feed the thousands, a frustrated request for Jesus to make the closure of breakfast at McDonald’s later than 10.30am, and the bemoaning of the passage in Leviticus where it is recommends you wait until after the death of your brother before laying with his wife.  The questions and heckles wandered into many and varied topics, including TV series, movies, food, making bubbles and views on contentious social issues.

If the real Jesus actually came back and put on this show with the same audience, I’m not sure if the result would be much different.  Even devout Christians would wonder what Jesus would say and think about us 2000 years later.

Ladgrove’s Come Heckle Christ is a brave, brilliant concept, well executed (so to speak) which draws hilarious results from the audience.  Those with tickets to the remaining two sold-out shows are in for a unique comedy treat.