Kylie Maslen has been chronically ill with endometriosis for more than two decades. For much of that time, like so many others, she was fobbed off, dismissed and pathologised by countless medical professionals.

Maslen’s contribution to the growing discourse and literature surrounding invisible illness is significant. Show Me Where It Hurts: Living with Invisible Illness is a collection of essays that interweaves honest accounts of her lived experience with chronic illness through carefully curated and timely popular cultural texts and case studies. 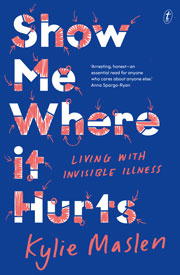 Show Me Where It Hurts details the harrowing journey of trial and much error, of self-medication, and of the overarching fear and uncertainty harboured by both Maslen and those closest to her who love and help care for her.

Maslen makes refreshing suggestions, such as that medical professionals consider engaging directly and closely with new media to better understand the cultural nuances of those in their care. Memes, for one, have drastically shaped the way she and fellow community members communicate with each other, allowing for concise wit that cuts through the exhausting mundanity, forging vast codes that those living with the exhaustion of invisible illness may recognise and embrace with humour.

Maslen is chronically ill. But she’s simultaneously a woman in her late thirties with dreams and desires. She loves the footy and her family. She yearns to be touched – or “fucked”, as she writes unapologetically.

We also learn of her love for Beyoncé, and the impact the star’s trajectory has had on Maslen’s life as a striving, creating being. Maslen, a white woman, acknowledges Beyoncé’s differing lived experiences as a black woman and a figure in the public eye, foregrounding her artistry and political legacy with great affection and respect.

Some way through, Maslen shares a generous – and frankly useful – account of her belated bipolar 2 diagnosis. Here, she takes a deep dive into contemporary screen works, dissecting promising shifts in representation of both physical and mental illness in film and television. This exploration is backed by carefully researched cultural critique and academic scholarship. Throughout Show Me Where It Hurts, Maslen cites and pays tributes to the works of the late Stella Young, and other cultural thinkers and critics such as Roxane Gay, Jessa Crispin and Dawn Foster. 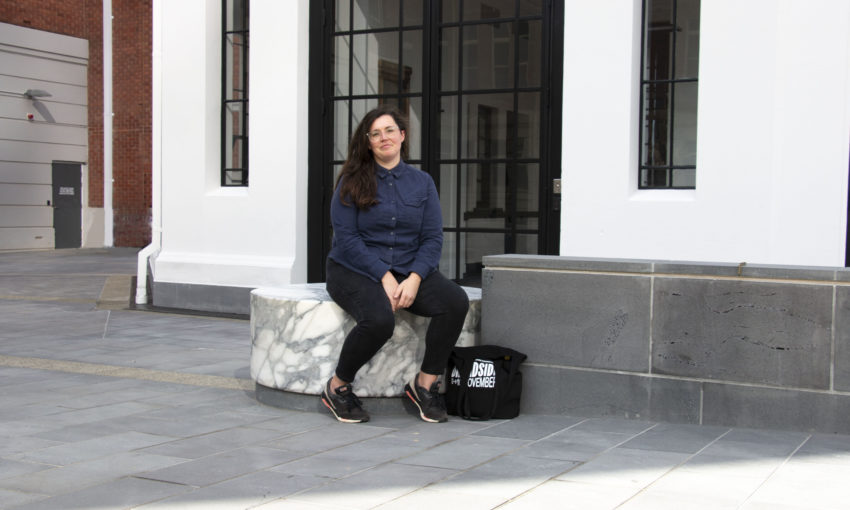 Perhaps most poignant is Maslen’s interrogation of the white-supremacist, patriarchal and ableist structures that enable stigma and marginalisation at both a systemic and anecdotal level. She addresses “the dominant heteronormative voice in our society” and the economic impact this has for those swimming in the margins. Factors of dis/ability, stigma, race, class and the implications of negligent social policy are dissected and re-envisaged throughout. Without naming the ideology and impetus that neoliberal society places on the individual citizen, Maslen interweaves this actuality throughout in a way that is both logical and digestible.

Maslen writes generously, neither apologising for nor beclouding the banal and fraught reality of everyday life with chronic and painful illness. Hers is a harrowing and earnest tale of endurance, grief, despair, but above all, hope.

There is no happy ending or grand conclusions on offer. Rather, Maslen’s story is one of acceptance coupled with the radical pursuit to find beauty in the quiet; to survive and cultivate an understanding of one’s self and one’s body amid the state’s inability to do so. At this point, it’s possible that this is all that one can do and it’s a feat that Maslen has taken on and documented remarkably.

Kylie Maslen’s Show Me Where It Hurts: Living with Invisible Illness is published by Text Publishing.

A Year in Review is an initiative by Writers SA, with assistance from the Australia Council of the Arts, to produce a series of book reviews published in InDaily over the next 12 months.

In the first article in the series, Adelaide writer Katerina Bryant reviewed Mia Walsch’s memoir, Money for Something.