So here we are again, spring mirroring autumn, the weather so lovely as it was in March when the virus first appeared in our outpost. Presaged this time, however, by thunder, lightning, rain rather than outright conflagration. A storm in a teacup? We escaped America’s fall in our autumn, but who knows what changes are afoot. 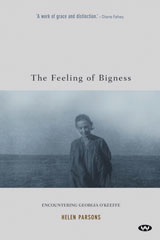 Familiar tedium recurs amid the frisson of uncertainty. This week’s book launching must be postponed. It’s now “date to be advised”, we tell Helen Parsons’ many admirers, of the celebration of her graceful book of sequenced sonnets, The Feeling of Bigness.

The book feeds from Helen’s appreciation of the artist Georgia O’Keeffe, her travels in America where O’Keeffe lived and worked, and the resonances of the artist’s life with her own experiences here.

“It’s not hard for someone who loves the often harsh landscapes of southern Australia to be drawn to the idea of New Mexico,” Helen Parsons writes in her preface.

Southern France and its medieval manuscripts is more often the destination for migratory scholar Barbara Santich. “We shall see,” she replied in March when I asked her if she planned travelling, if she could travel, this year. She couldn’t, of course, and has been detained at Brighton by the sea in which she loves swimming. 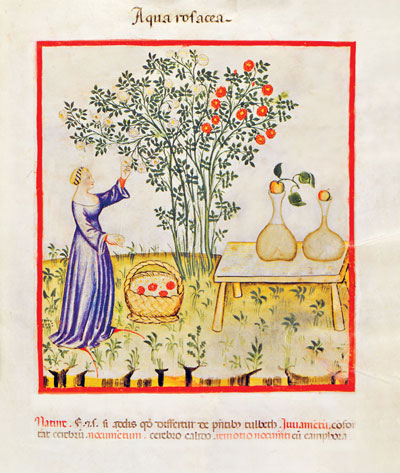 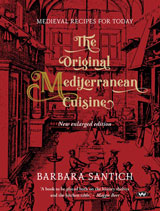 “Faaaaantastic!” was Barbara’s heartwarming response when I emailed to say the new, enlarged, colour, hardback edition of her classic book The Original Mediterranean Cuisine had finally arrived (proud of myself that this time, unlike in 1995 with the first edition, I could spell Mediterranean without checking).

“Many thanks to Liz. Give her a bonus – how about a Cartier watch?” Barbara wrote when she received her author’s copies of the “very handsome” book.

“Georg Jensen rather than Cartier, please :),” designer Liz Nicholson shoots back to me.

In your dreams, thinks this battling little publisher. But solid realities remain. It’s always, for instance, a good time for lunch, as Barbara’s book reminds my rumbling tum while I peer through the pages. She provides recipes in the original vernacular language from 700 years ago, in her translation, and in her adaptation for modern home kitchens.

“And when the mixture boils, add the fish, and add lots of spices, for then it is better,” wrote a medieval scribe in admirably direct language. I might try it on the corner pub, though I doubt management could also arrange, after the seventh course, for “an hour-long joust involving ten mounted knights”, or to make available “a fountain from which flowed five different kinds of wine”, and it would be unusual if, feeding done, “the head cook and about thirty of the kitchen staff burst in and paraded around the hall three or four times, banging pots and pans and ringing bells”.

Besides history and recipes, The Original Mediterranean Cuisine includes alluring colour illustrations from medieval manuscripts, all calling you to drift awhile in other realms. 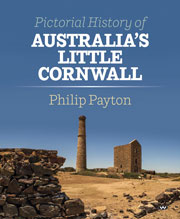 So, too, does Philip Payton’s Pictorial History of Australia’s Little Cornwall, which conveys us to a time and place where the meal was more likely a pasty and the entertainment a bout of Cornish wrestling. The world in these images from the mining heyday of Moonta, Wallaroo and Kadina – our “copper triangle” – is doubtless at least vaguely familiar through ancestors’ tales to the many South Australians of Cornish mining descent. The magnificent pictures help give imagination – almost – a solid form.

This Pictorial History is another 20th-century classic we have remodelled for new readers. Its original edition, published in 1978 by Adelaide’s ex-giant Rigby Ltd, was Professor Payton’s first of now more than 50 books. “Yet it’s still the same thrill, it’s still exciting, every new book, every time,” Philip chirped as he came in a few days ago to collect copies hot off the press (well, hot off the docks from Asia). 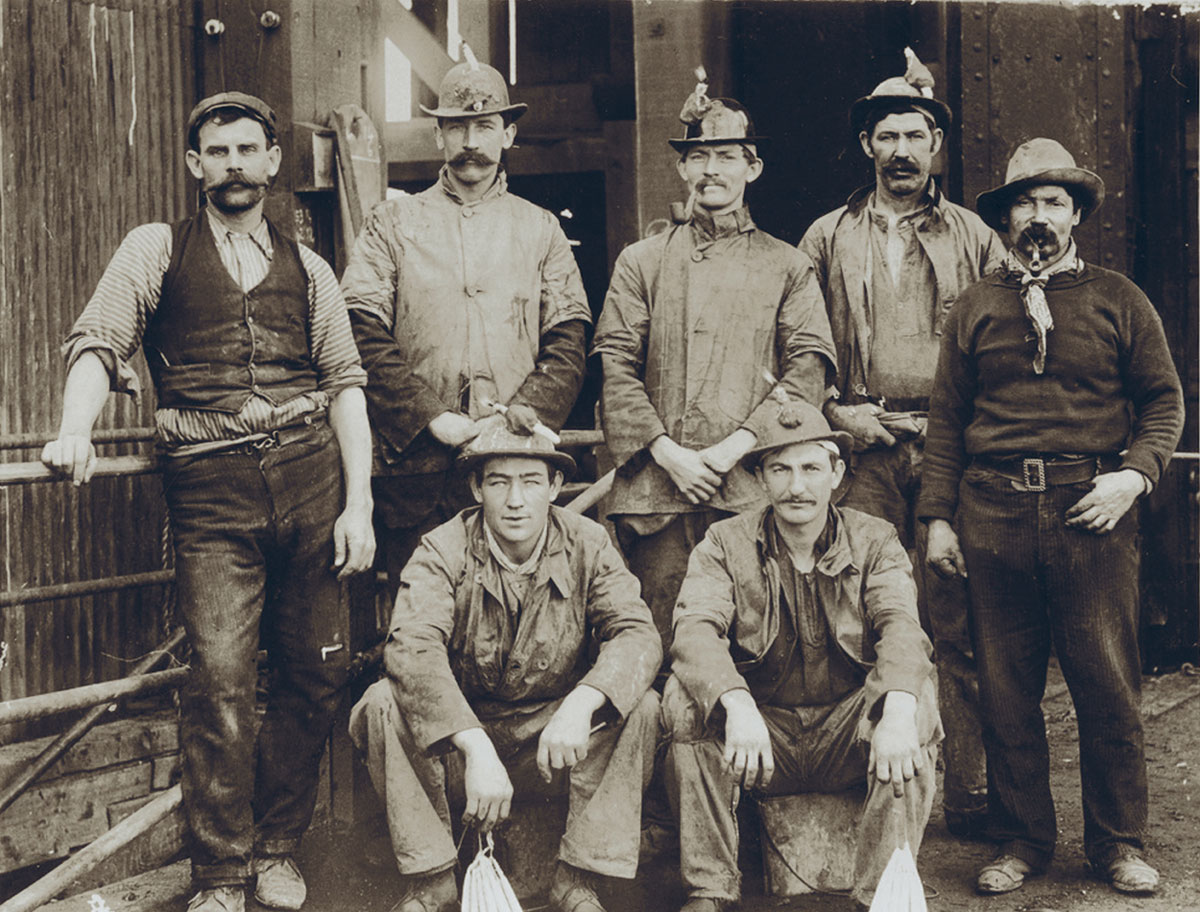 Miners at Wallaroo, from Pictorial History of Australia’s Little Cornwall.

So things come and go. They disappear, get forgotten, and return in forms both familiar and different. I’m forever picking things up, putting them down, forgetting where I put them, finding them again at times unexpected. You probably do the same.

Some years ago, a newborn orange kitten appeared in pallets out the back of our warehouse. Apparently motherless, it dwelt awhile in the office, then for some weeks I’d take Ginger in a cat-carrier back and forth, morning and evening, the short walk between my home and Wakefield HQ. Now, a fleabag runt but our fleabag runt (and very sweet-natured, well brought-up), she lives full-time with Liz and me.

High excitement once again at our office the other day. Two tiny kittens, a grey and a black, huddled together under the water tank in our lane next to the shop. Once more, no mother apparent. Some of us – not others – thinking, Love to take you home, little pair. 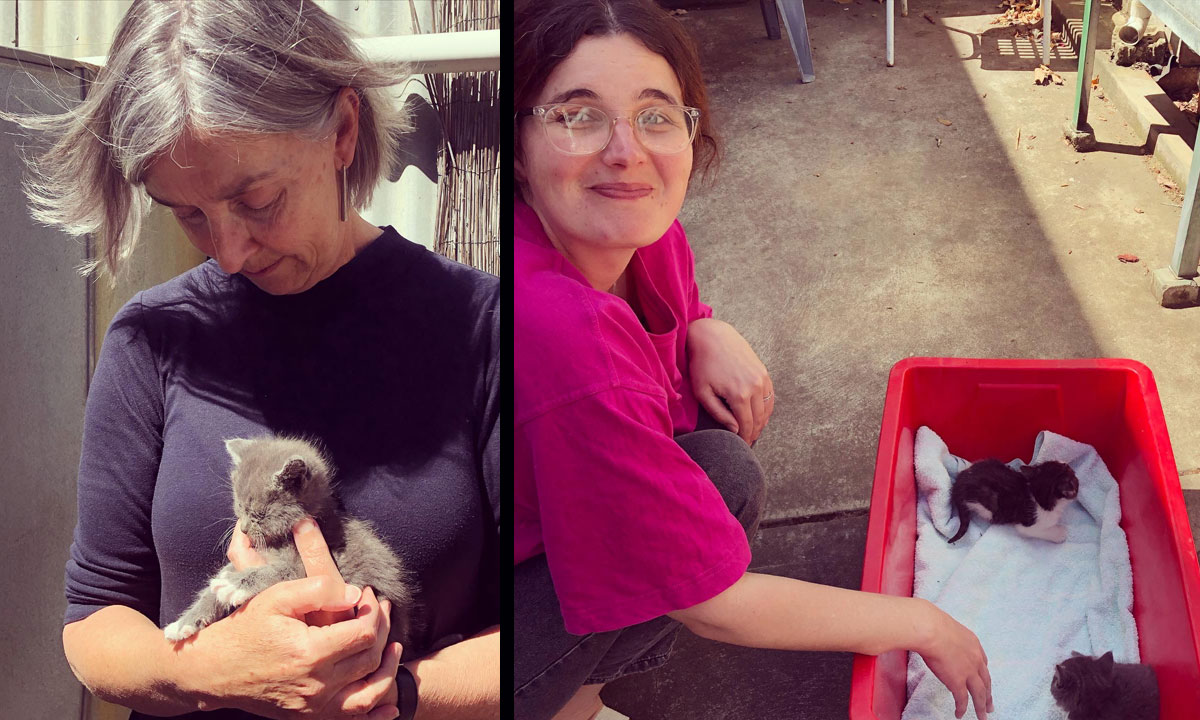 Clever Poppy Nwosu and her husband Gus had the best idea. Their saintly vet agreed to check them over (turns out they have flu) and find a temporary rescue home. Who shall have them to have and hold forever? Negotiations have commenced.

What shall we call them? Corona and Virus, in honour of the day? Wouldn’t be so mean!