Murakami’s easy style and quirky characters and situations wash over the first-time reader and you barely notice you have been hooked – you are simply in there. It is at once a naïve but also an accomplished and original style.

How did a guy get so nifty, one wonders? Thus the re-release of his first two novellas – Wind and Pinball – about the coming of age of two young men in their 20s, re-translated and widely available for the first time in English, is a key to unlock the Murakami door: what was he like before he got famous? 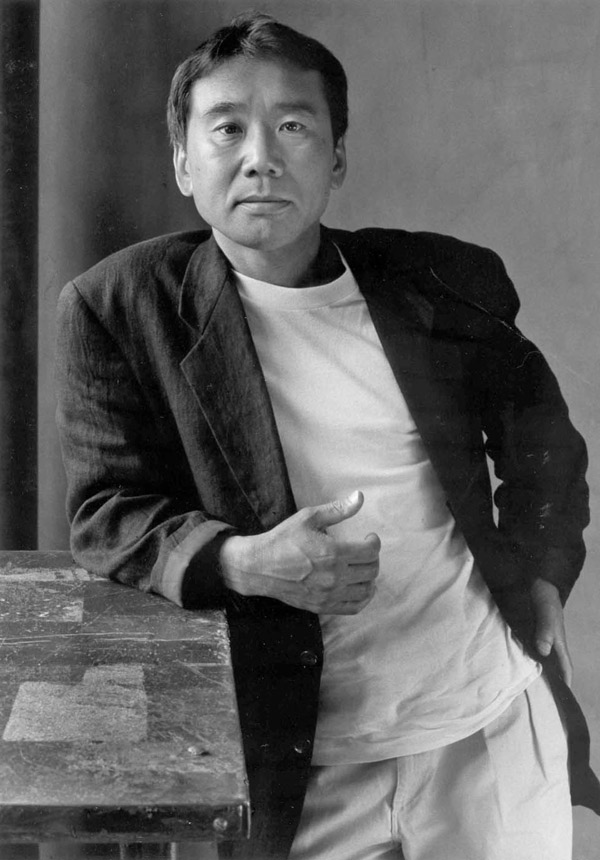 In the introduction to this double back-to-back volume (Random House, $35), the author tells a story about his early life, when he and his wife avoided corporation life by starting up a small jazz bar in a rundown part of Tokyo. It was 1974, when the Japanese corporation lifestyle was at its all-pervasive peak and dropouts and long-hairs were seriously marginal.

Murakami had a kind of epiphany one day during a baseball game – he still recalls the safe hit and the player who made it, then the bizarre feeling that came over him – that he would become a successful novelist.

His deceptively simple style he attributes to a decision he made early to abandon his native Japanese, in which his thoughts became complex and confused, and to write in the simple English that he understood and then to translate this back into Japanese.

He wrote the short novel Hear the Wind Sing and won the new writer’s prize of literary journal Gunzo. Murakami says that if the novel had not won the prize, the text (his only copy) would certainly have vanished for ever. “Most likely too, I would never have written another novel. Life is strange.”

Life is certainly a little strange right from the start of this first work. He begins by discussing the fact that there is no such thing as a perfect piece of writing – for instance, he could write about an elephant but not about the elephant’s trainer. Okay. He takes a girl home and she has only four fingers on her left hand, the little finger was sucked in by a vacuum cleaner when she was nine.

He receives an on-air radio dedication from an old girlfriend whose record of California Girls he borrowed and never returned five years before. He buys a new copy and tries to find her but all he hears is that he is thought of as an “asshole”.

In Pinball, the narrator is sharing a bed every night with a pair of identical twins he was never able to tell apart. He’s also studying Kant and quotes him on the obligations of philosophy at the burial service the twins conduct for the used electrical panel from their apartment.

These novels are partly about getting what you want, then losing it. “I was born under a strange star,” says the narrator in Pinball. “Like I’ve always been able to get what I want. But each time something new comes into my hands, I trample something else Follow me?”

The answer, of course, is to give up wanting anything. The theme of wanting and losing is raised again and again in Murakami’s work – how great it would be “if we could live our lives without bothering people”.

The Pinball narrator says: “If we own things we’re terrified we’ll lose them; if we’ve got nothing we worry it’ll be that way forever.”

There is a kind of Buddhist or Stoic acceptance that ends up deep in one of Murakami’s obsessions – wells. He once said:

“I’m obsessed with the well. And the elephant. The refrigerator. The cat. And the ironing. I can’t explain it.”

In a rare public appearance in 2014, he also said:

In one of Murakami’s major novels, The Windup Bird Chronicle, central character Tory Okada, who he describes as his personal hero because he wants to be alone, climbs down into the well to think. He is also unable to find his missing cat.

Wells appear in both these first two novellas. In Pinball, the idea of wells is mixed up in a strange way with the metaphor of playing pinball as being the ultimate repetitious pointless experience. The analogy of pinball playing with gain and loss in love is confirmed when the pinball maintenance man comes to the bar inhabited by the narrator and his friend the Rat “to check the machine and in a bored and effortless way careens the ball-bearing around the field to test the lanes, knocking down targets, the kick-out hole, then wraps up the job by dispatching the ball into the exit drain with a look of complete disinterest. ‘Compared to him I’ve got about as far as holding a woman’s pinky,’ the Rat said, before clamming up.”

Then the narrator searches out a lost favourite pinball machine in a remote warehouse; he speaks to it to say goodbye, but never plays it. Of course the machine speaks back to him to say goodbye, too.

Murakami claims he spends a year or two writing each book and that he gets bored and includes side stories to make life interesting. He has little plan to his work, so his personal obsessions ooze into it with ease. But the digressions are much more than just entertainments. They contribute to the whole; they expand the theme; they return to where the writer wants them to take us. All of this happens in these two early novellas.

Haruki Murakami is a clever writer who is more than just quirky. His works take us places that we kind of wish we were able to go to in our normal lives.

There is a well of psychological and fantasy material that touches us subliminally.

With the publication of these two seminal novellas, readers can see that this was not a style he developed over time. It was simply him. He was a guy who read a lot of books and then decided he could write one of his own and did it. Little surprise he was not liked by the Japanese literary establishment. With this pathway into fame, he owed no one a thing – his lateral thinking imagination went on unabated and the formal stylists of his day were trumped.

If you are a Murakami fan, this book is an engrossing read and stands on its own for quality. If you are not a fan yet, it’s about time you started and this is as good a place as any to begin.