HMAS Sydney‘s hunt for the German raider Emden has been recounted many times, but no other book on this first victory for the Australian Navy tells the story as well as Mike Carlton’s masterly and thrilling First Victory.

One hundred years ago, the ships of the new Royal Australian Navy made their way into Sydney Harbour for the first time. Less than a year later, Australia was at war. 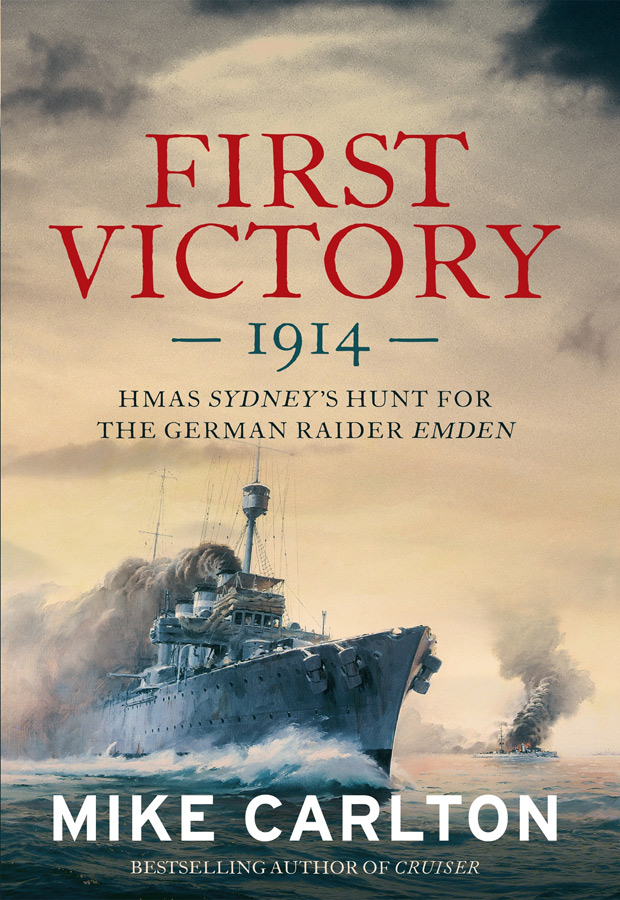 Our country was directly menaced by Imperial Germany, and the Kaiser’s navy based in German New Guinea stood at our doorstep. The Kaiserliche Marine planned to attack Australia’s seaborne trade, thus severing trade with Britain, and also to bombard Melbourne and Sydney.

As part of Germany’s policy, the Emden wreaked havoc on maritime trade.  Its threat ended in a short and bloody battle with the Australian cruiser HMAS Sydney on November 9, 1914.  The victory was seen as a triumph for Australia, and Carlton – who has experience as an ABC war correspondent in Vietnam – highlights the battle in great detail with a sense of impartiality and humanity.

But First Victory isn’t just a book about a specific naval battle. Carlton goes much further as he examines how the newly federated nation fought to have its own navy, how the Australian people prepared for war and how they conducted themselves throughout the “war to end all wars”.

The story is complicated – the actual sea battle not so thorny – but Carlton is the perfect man to make this period of our nation’s history come alive on the page.