John Safran’s tale – subtitled The True Story of How I Met a White Supremacist, Befriended his Black Killer and Wrote this Book – is a reminder of just how bizarre and disturbing the world can be.

Cushioned in a comfortable middle-class, multicultural microcosm, it’s easy to forget there are places where people still believe the races should be segregated. There are also people who might chose to spend their life in jail rather than be suspected of being homosexual, and who, once incarcerated, could “get your ass killed” from behind bars.

This is the world – in American’s deep south – in which documentary-maker Safran immerses himself to bring us this true-crime story about the murder of white supremacist Richard Barrett.

A year before the killing, Safran had met Barrett while filming his television series Race Relations. He also played a prank on him, convincing the Nationalist Movement founder that a test he had secretly carried out showed he had African DNA – although it never aired, due to legal threats.

Not surprisingly, when Safran heard Barrett had been stabbed to death in his Mississippi home, allegedly by a black man, he was eager to return to follow the trial and try to learn what motivated the attack. He describes it as seizing his “Truman Capote moment” – and while Murder in Mississippi ain’t exactly In Cold Blood, it does paint a fascinating portrait of a particular pocket of American society. 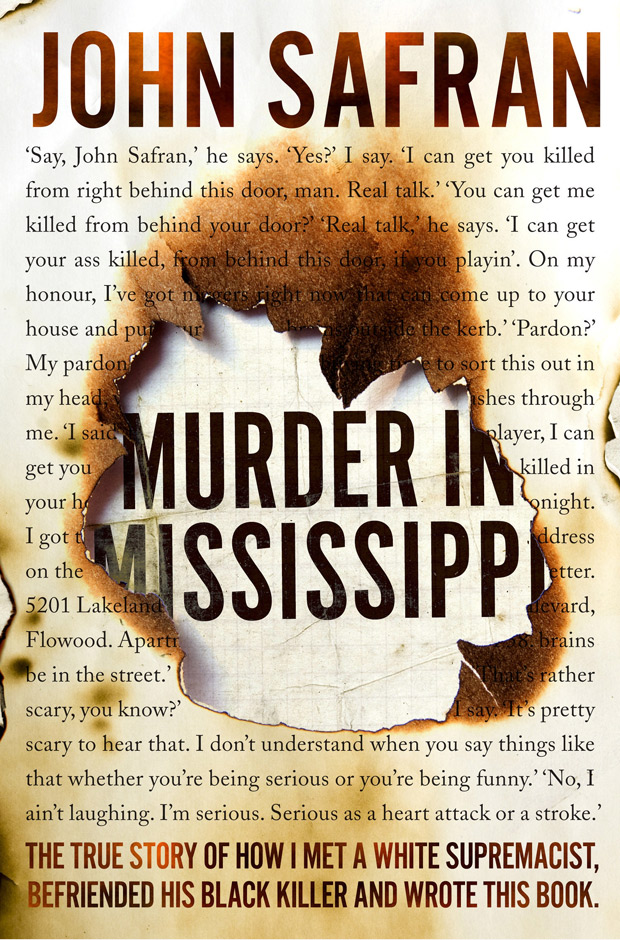 The book begins with an introduction to the author and his previous encounter with Barrett, while subsequent chapters catalogue his experience during six months meeting those associated with the murder case, including white supremacists, lawyers, police, relatives and neighbours of both the victim and the accused, journalists and black campaigners.

The more people he talks to, the more confused the case seems. Did the accused man, Barrett’s neighbour Vincent McGee, kill him over money? Was it a race issue? Or, most intriguing of all, did it have something to do with sex? Was the ultra-right-wing conservative Barrett actually a closet homosexual?

Equally captivating is the story of Mississippi itself: the history of slavery and Civil War that shaped the modern society; the poverty, inequality, ignorance and anger that continue to fuel division and violence. This is a state where, even today, there are apparently still 35 privately run “segregation academies” which serve to keep black and white school students separate.

Safran, known for his unorthodox approach to documentary-making, takes an equally unique approach to writing his debut book. He is always at the centre of the story, especially in the latter chapters, when he finally manages to talk directly to McGee and a series of increasingly bizarre conversations, demands and threats ensue.

The egotism of the author can be irritating. Nonetheless, it is Safran’s ability to talk his way into unlikely places and cajole information from unlikely sources – enhanced by his talent for imagery and the use of direct transcripts – that help make this an engrossing and unsettling read. It will almost certainly appeal to true-crime fans and those who relish documentaries in the style of Safran and English journalist Louis Theroux.

Even when the case is closed, there are still many questions remaining. Can an outsider really understand Mississippi?