Your lead teacher-preacher for this time-travelling journey from the early ’70s counter-culture warehouse parties in America through to the mainstream appropriation of the genre is Aunty Jonny – apparently a one-time actual preacher who converted to the dance side after discovering he was gay.

Dancing across a glittering stage under a sparkling mirror ball, Aunty Jonny and his fellow boiler-suit-clad crew – one of whom spins a soundtrack of disco records, while the other shares teaching duties – are fuelled by a shared passion for the boogie.

It’s an enlightening experience for their students as we discover the origins of disco among the African-American and queer communities of places like New York and Philadelphia, and how it created a freedom of expression and sexual liberation not previously enjoyed by many.

We experience a taste of the first disco party hosted by pioneering New York DJ David Mancuso, and gamble to decide what was the first true disco track. 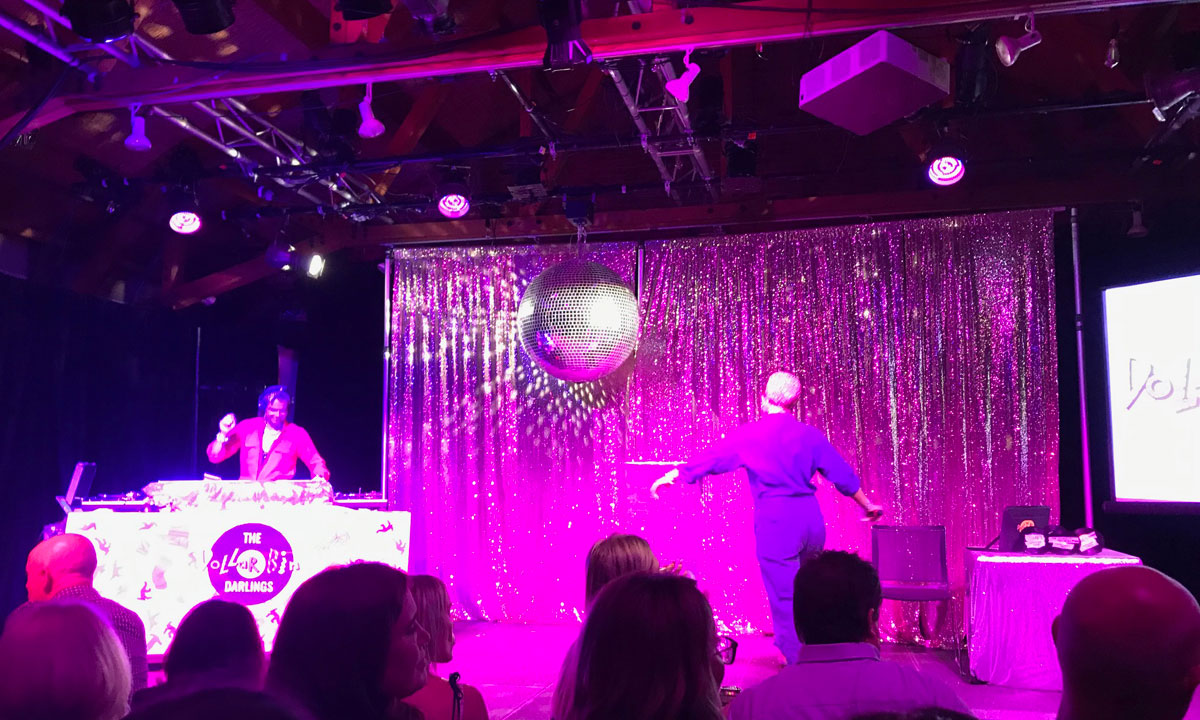 Disco Conversion Therapy in the Attic at the RCC.

Midway through it all, Aunty Jonny swaps his boiler suit for a more flamboyant outfit, but the lesson itself takes a serious turn through the “disco v rock” war, an ugly campaign to stop the boogie, and an explanation of the way in which the original disco stars were sidelined by the tide of commercial pop culture.

If you think Saturday Night Fever is the real disco, babes, then you definitely need some Disco Conversion Therapy.

The sermon would benefit from a little more music and extra time for dancing at the end (this may have been rectified after opening night), but it’s nigh impossible to avoid falling under Aunty Jonny’s sequinned spell.

Disco Conversion Therapy will be enjoyed by disco devotees, music geeks and anyone seeking a unique Fringe experience that is both entertaining and enlightening. #AllLoveNoShame

Disco Conversion Therapy is playing at the RCC again tonight, and from February 20-23.