A Midsummer Night’s Dream – the Festival’s first 2021 announcement – is directed by Neil Armfield, who previously directed the production in Chicago, Houston and Toronto around 10 years ago.

He says he is thrilled to finally bring it to Adelaide for an Australian-exclusive season from February 26 to March 3.

“It is an opera of beauty and of joy, and it’s very much about reconciliation and magic,” says Armfield, who is also joint artistic director, with Rachel Healy, of the Adelaide Festival.

Britten’s A Midsummer Night’s Dream – composed in 1960 – is an adaptation of Shakespeare’s popular comedy comprising multiple subplots involving fairies, Athenian royals, four lovers and a group of amateur actors (aka the mechanicals) in an enchanted forest.

Grammy-winning American counter-tenor Aryeh Nussbaum Cohen will lead the cast as the fairy king Oberon, with the Festival saying he will spend more than two months in Adelaide ahead of the performance.

The production will be supported by the Adelaide Symphony Orchestra, under the baton of Daniel Carter, and a children’s chorus drawn from the Young Adelaide voices. 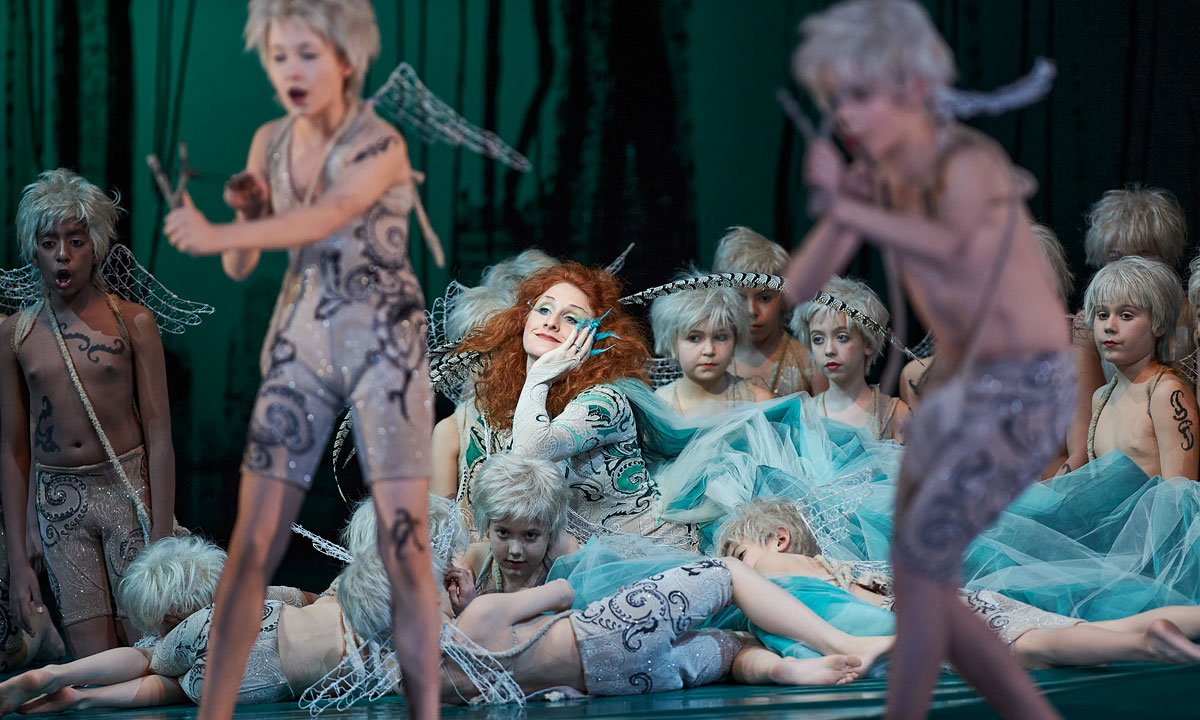 A Midsummer Night’s Dream will include 57 singers and musicians from South Australia, alongside 18 from interstate and three from overseas. The international participants and two from Melbourne will have to quarantine on arrival in Adelaide ahead of the start of rehearsals in late January, with Festival organisers saying no special allowances were sought for them.

To comply with COVID-19 social-distancing guidelines, the Festival Theatre will operate at half its usual capacity with checkerboard seating, although this may change if restrictions ease ahead of the opening.

Up to 3000 people will be able to attend A Midsummer Night’s Dream on the Big Screen, a delayed stream in Elder Park on Sunday, February 28, with tickets from $29 and zoned areas to manage capacity restrictions. In addition, the opera will be livestreamed at cinemas in Mount Gambier, Port Pirie, Renmark and Whyalla.

Centrepiece operas have been a major drawcard of the Adelaide Festival in recent years, with productions including director Romeo Castellucci’s theatrical version of Mozart’s Requiem (co-comissioned as part of a three-year partnership with the Festival International d’Art Lyrique d’Aix-en-Provence in France and presented this year), The Magic Flute (2019) and Hamlet (2018).

The second opera co-commissed with the Aix-en-Provence festival was to be presented in 2021, but COVID-19 stymied those plans.

As Healy told InDaily in August, the Adelaide Festival had to work quickly to lock in an alternative opera, as well as trying to overcome myriad other challenges posed by the pandemic. She said next year’s program would inevitably be smaller and feature mainly Australian shows, but was likely to include more outdoor experiences and events.

The full 2021 Adelaide Festival program is scheduled to be launched in the third week of November.

Friends of the Adelaide Festival are able to book tickets to A Midsummer Night’s Dream from midday today, while ticket sales for the general public will open at 1pm on November 19. Adelaide Festival has updated its ticketing policy to give people more flexibility in the case of illness or border closure.