The attendance figure surpassed the previous record of 96,000, set in 2018, and was helped by the ideal festival weather across all four days.

“This record attendance result in this 60th anniversary Adelaide Festival year is just wonderful and we are thrilled that so many Australians of all ages from across the country so strongly embraced the program,” says WOMADelaide director Ian Scobie.

The four-day line-up of more than 40 musicians yielded a host of memorable moments on stage and off, including roving entertainment by the delightful 4m-tall French puppets of Company Archibald Caramantran.

As darkness fell, Australian artist Craig Walsh’s MONUMENTS saw moving images transform trees around the park into “sculptural monuments” to environmental advocates, while the nightly aerial spectacular As the World Tipped combined aerial acrobatics with large screen projections to create a unique and captivating show warning about the impacts of climate change. 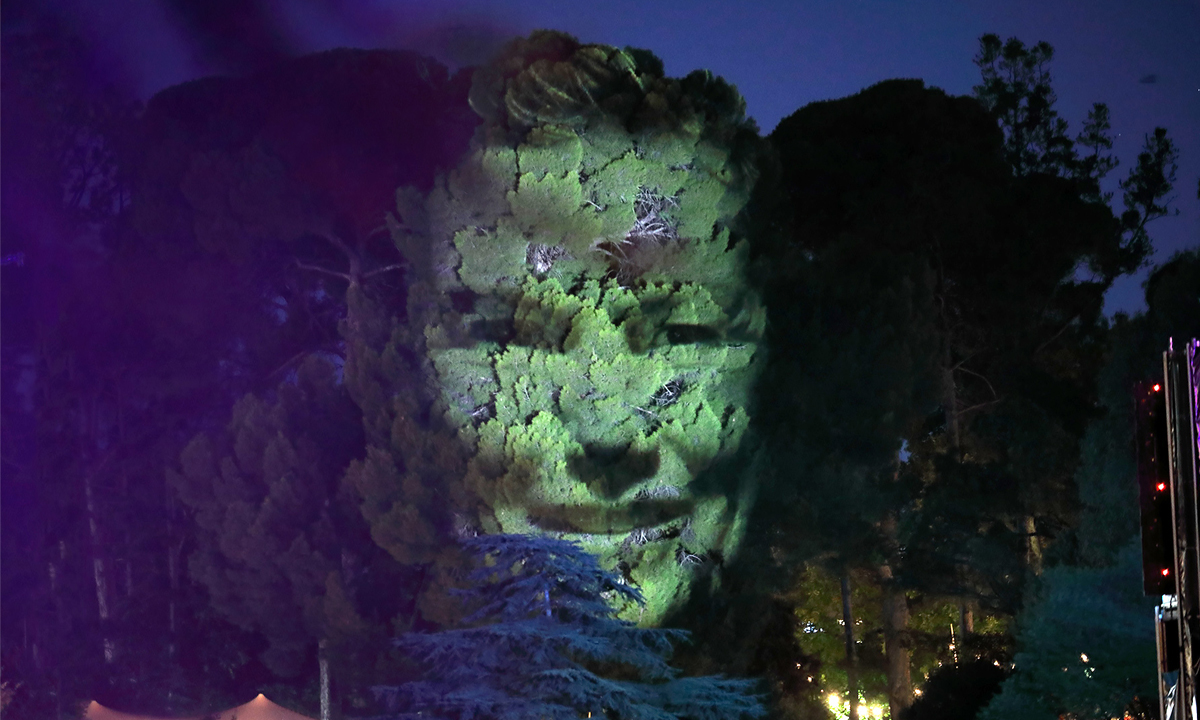 Our favourite music performances across the weekend included:

Festival veterans The Cat Empire had the crowd in the palm of their hands with a typically high-energy performance that saw them rip through an extended set – filled with drums, brass and keys solos – that peaked in the final half hour with a string of fan favourites including “Brighter than Gold” and “The Chariot”. – Suzie Keen

Finnish “vocal folk hop” pioneers Tuuletar were a feel-good highlight with an engaging delivery and unusual musical style that ranged from melancholic songs of longing with beautiful harmonies to fast-paced folk with a polka beat, a touch of beatbox  and an improvised rap battle using the text of old Finnish poems. – SK

PNG-born singer-songwriter Ngaiire, crowned with a golden tiara, performed her suite of contemporary soul and R&B bangers alongside two backing singers and a drummer, with her 2016 single “Diggin” a highlight that moved a large crowd to its rhythmic pulse. – Bension Siebert

In the darkest corner of the WOMADelaide encampment, Spinifex Gum performed for a crowd that was intermittently silent and rapturous. The all-female, all-Indigenous Marliya Choir introduced the project (a collaboration with The Cat Empire’s Felix Riebl and Ollie McGill) with the title track from their self-titled debut album Spinifex Gum. Throughout the hour, with guest appearances by Felix and rapper Briggs, the women’s voices sang about visibility, belonging, and Indigenous deaths in custody, ultimately ending on notes of collective empowerment: “Dream Baby Dream” and “Voice, Treaty, Truth, Now”. – Johnny von Einem

UK jungle MC General Levy whipped the crowd into a frenzy, with toddlers and teens alike thrashing their arms to his energetic music in the Frome Park Pavilion. – Angela Skujins

Five-piece London jazz outfit Ezra Collective told the crowd not to worry about external worries, like COVID-19 or work the next week, but to dance in the sun instead – and the audience obliged. – AS

Kiwi singer-songwriter Aldous Harding clapped drumsticks against a teacup in her performance, which drew a huge crowd and was very much in the spirit of WOMAD — quirky and innovative. – AS 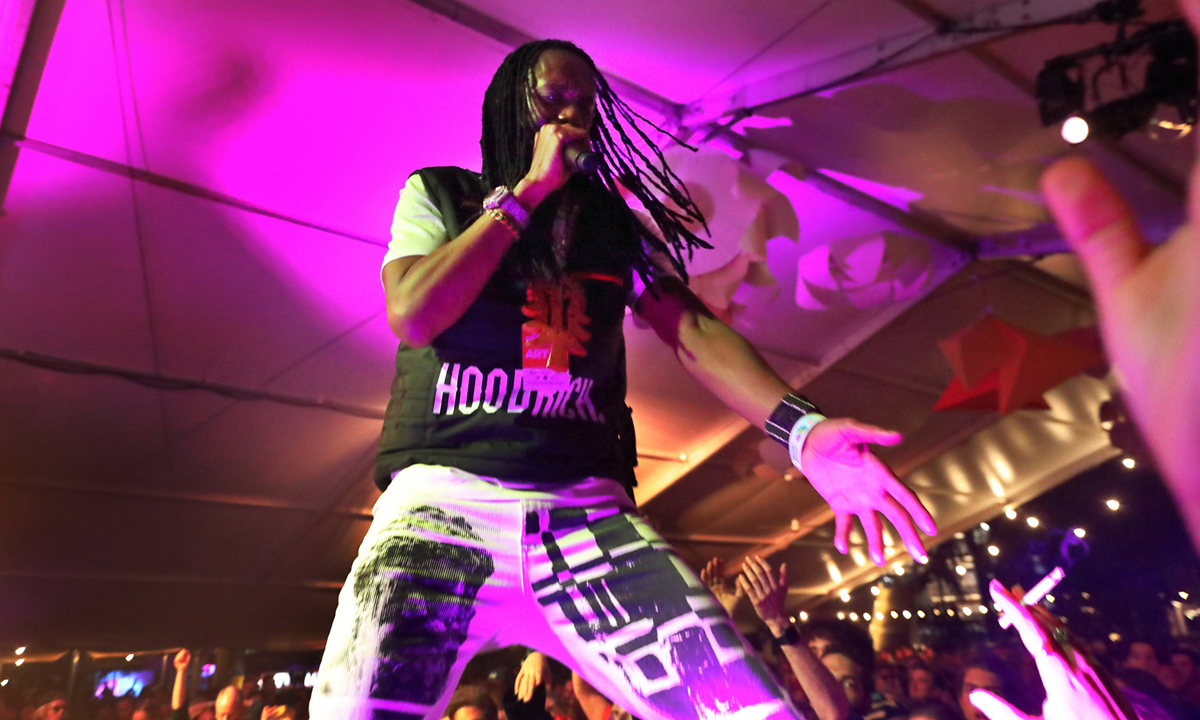 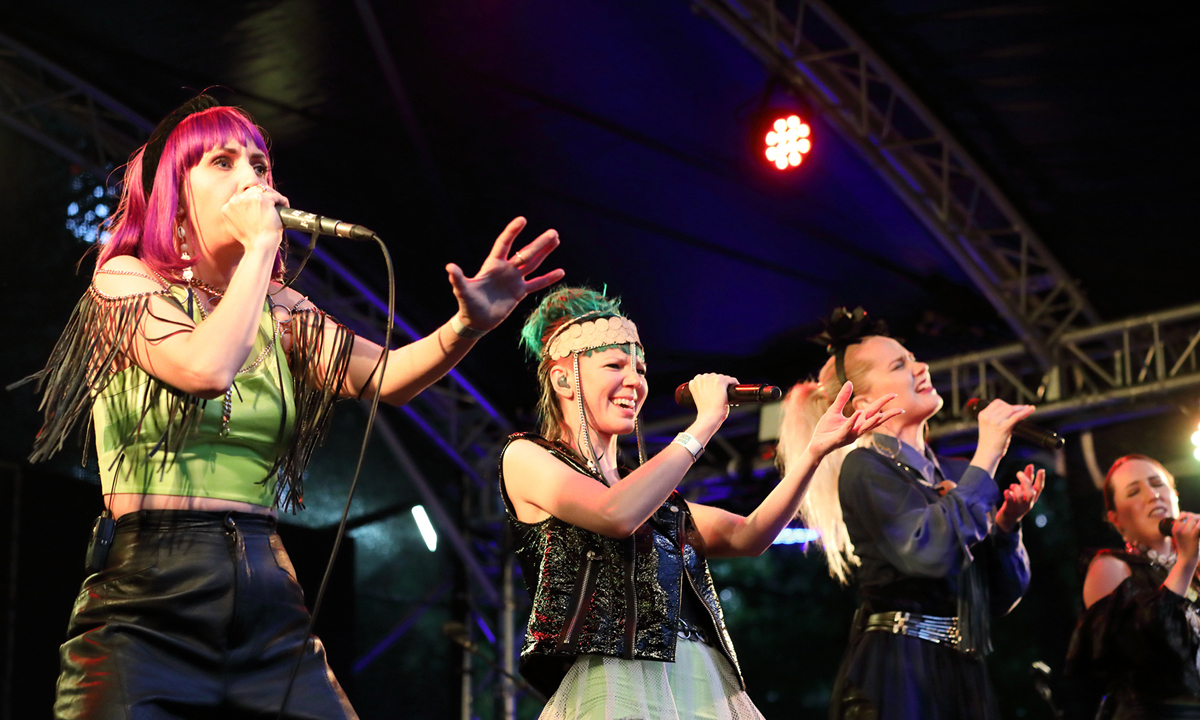 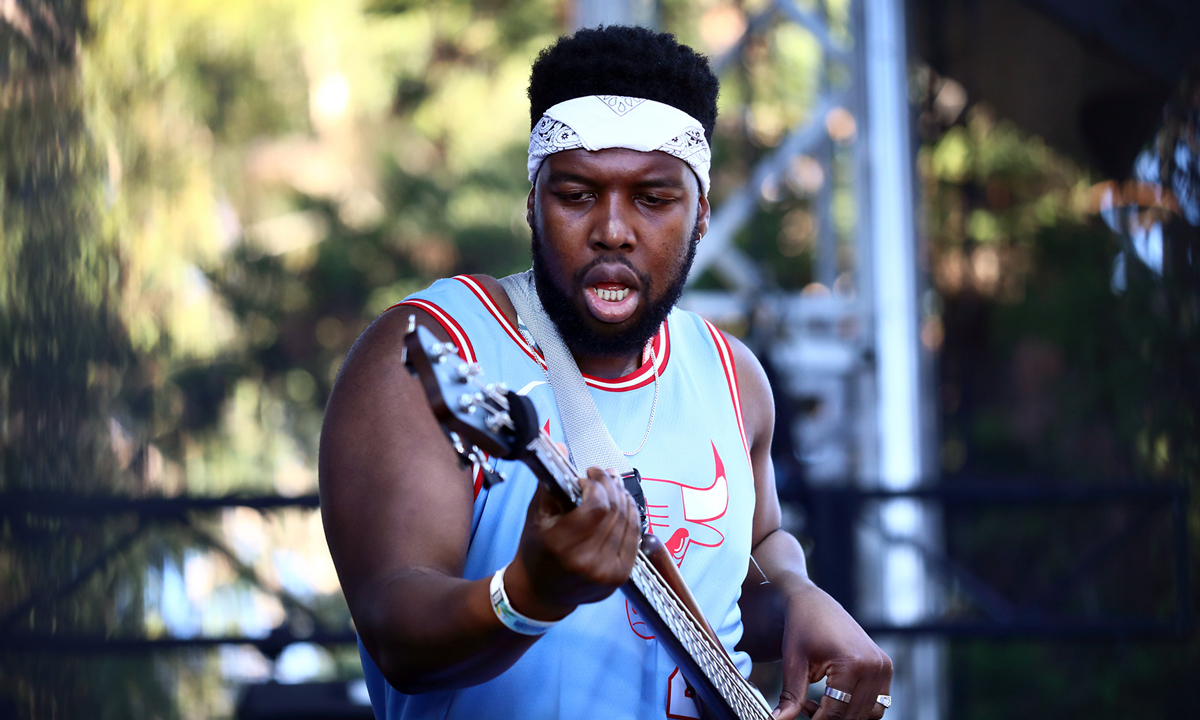 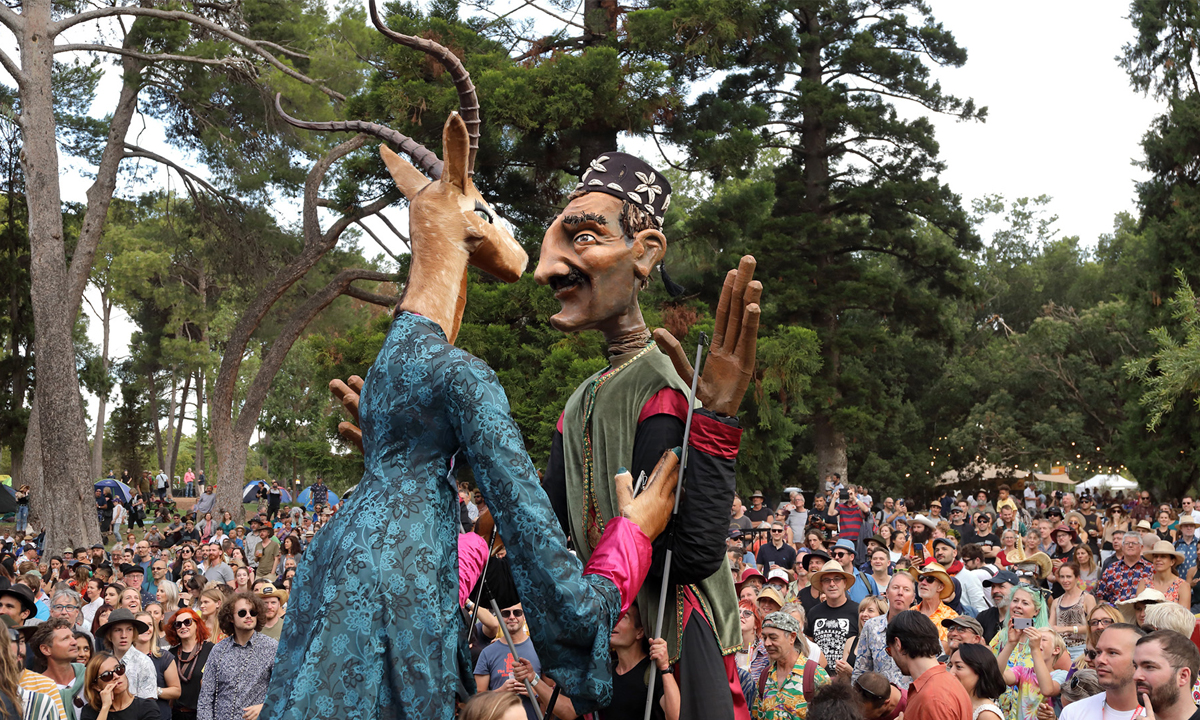 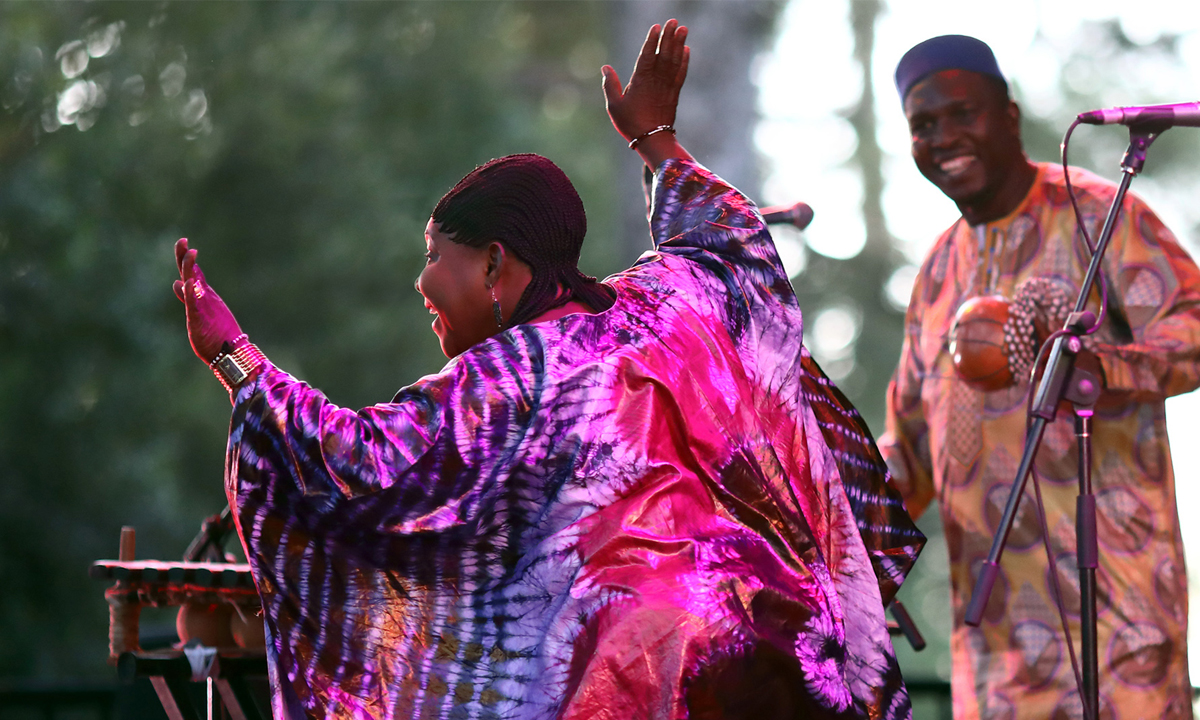 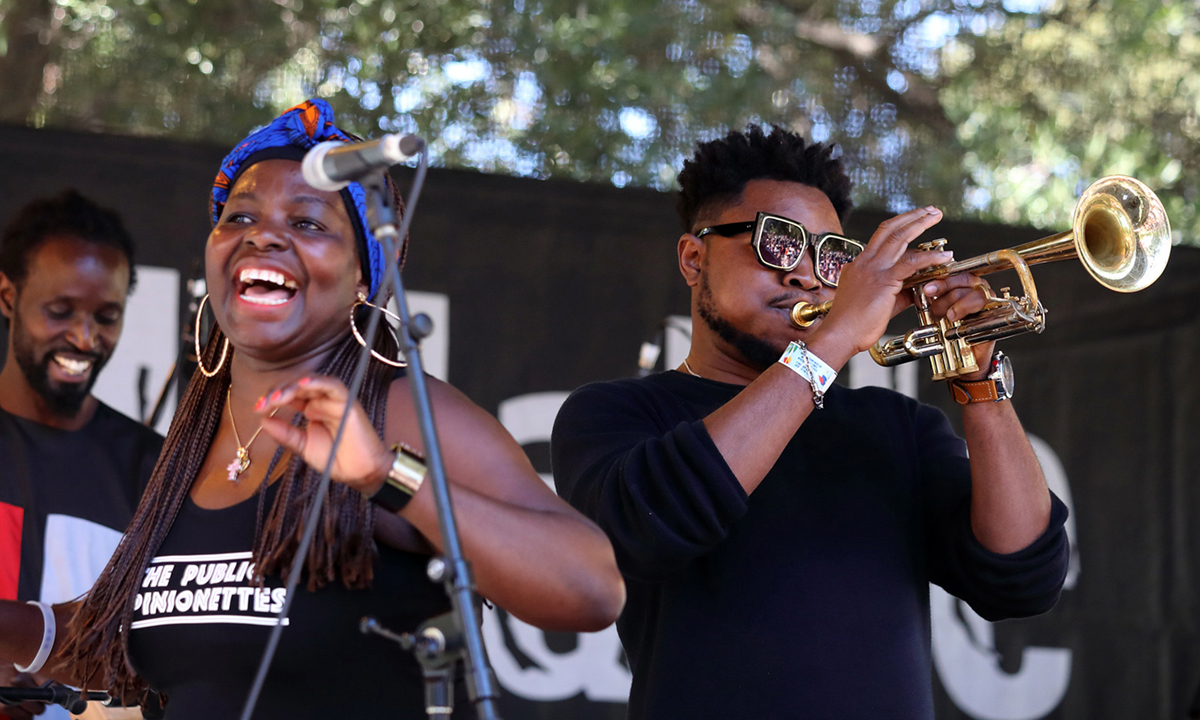 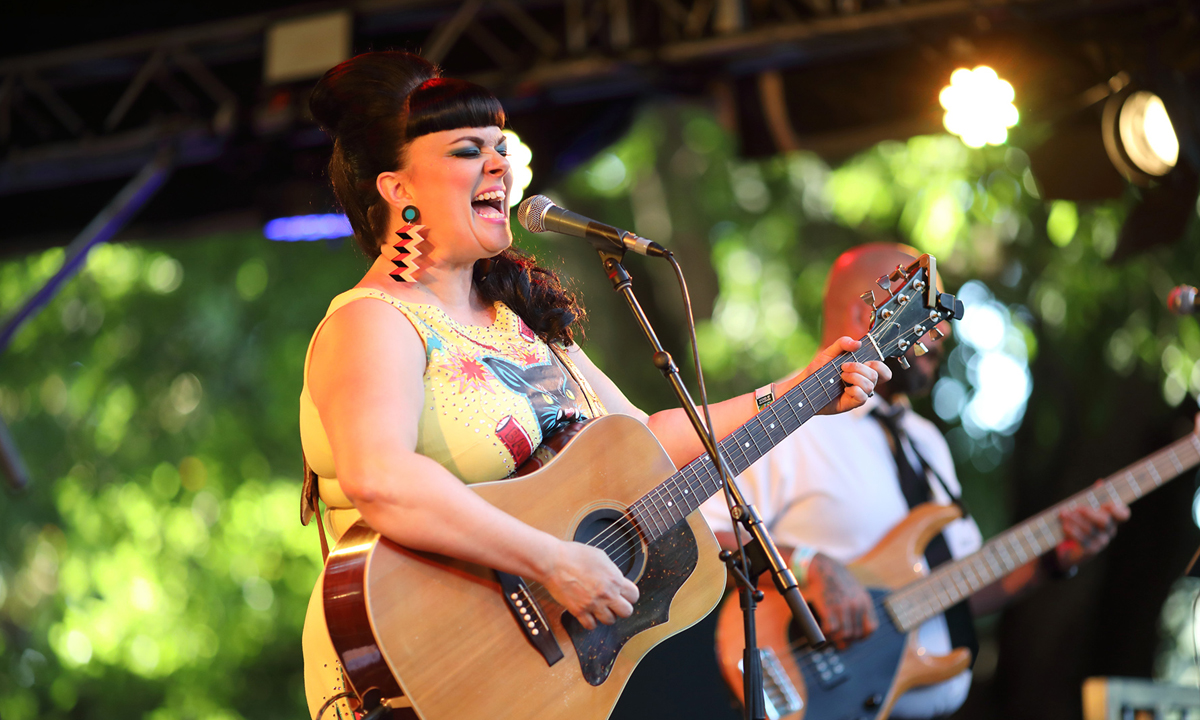 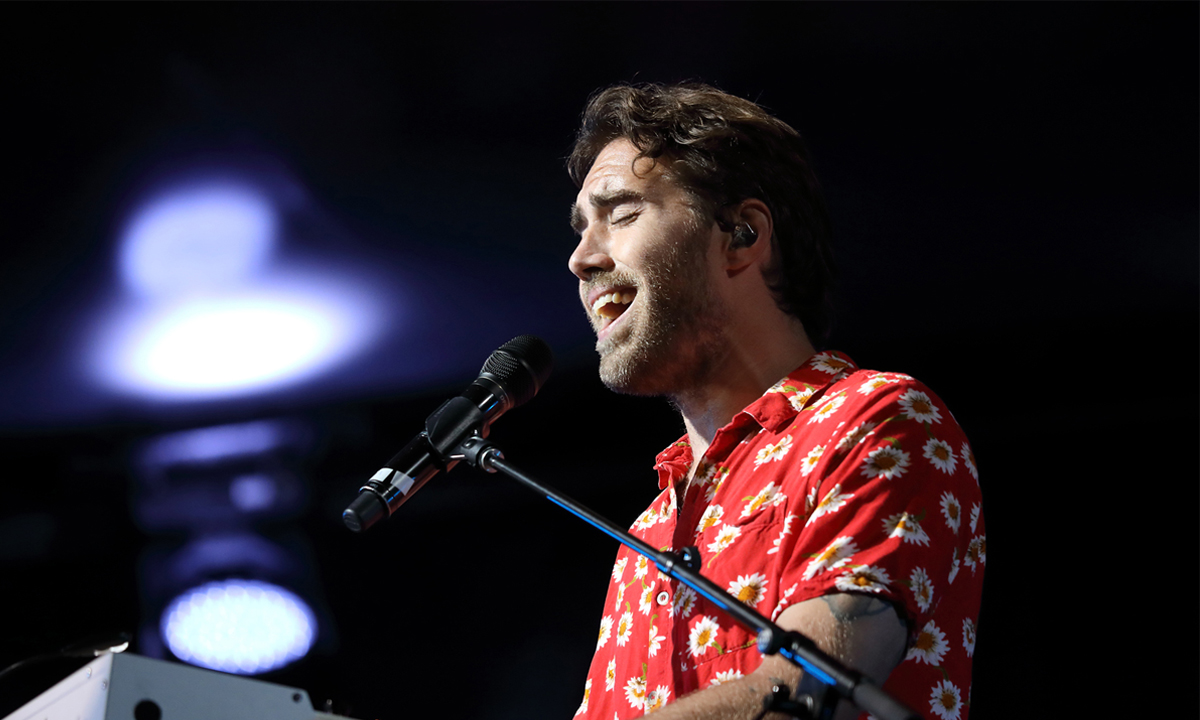 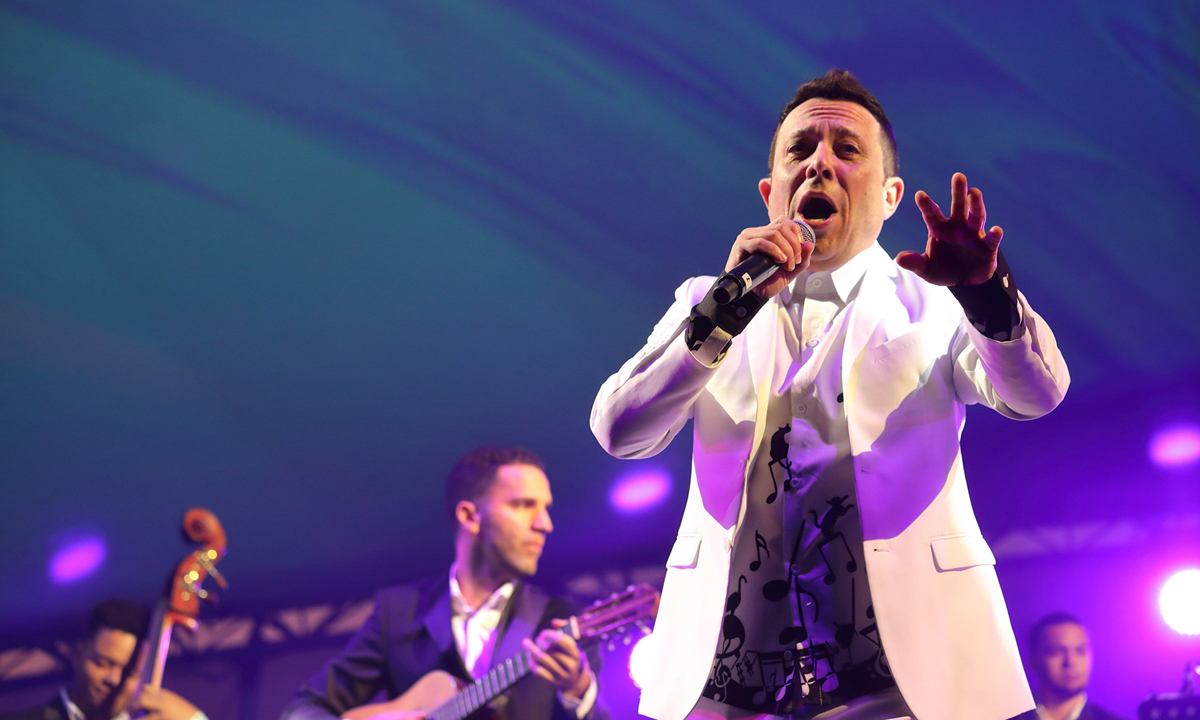 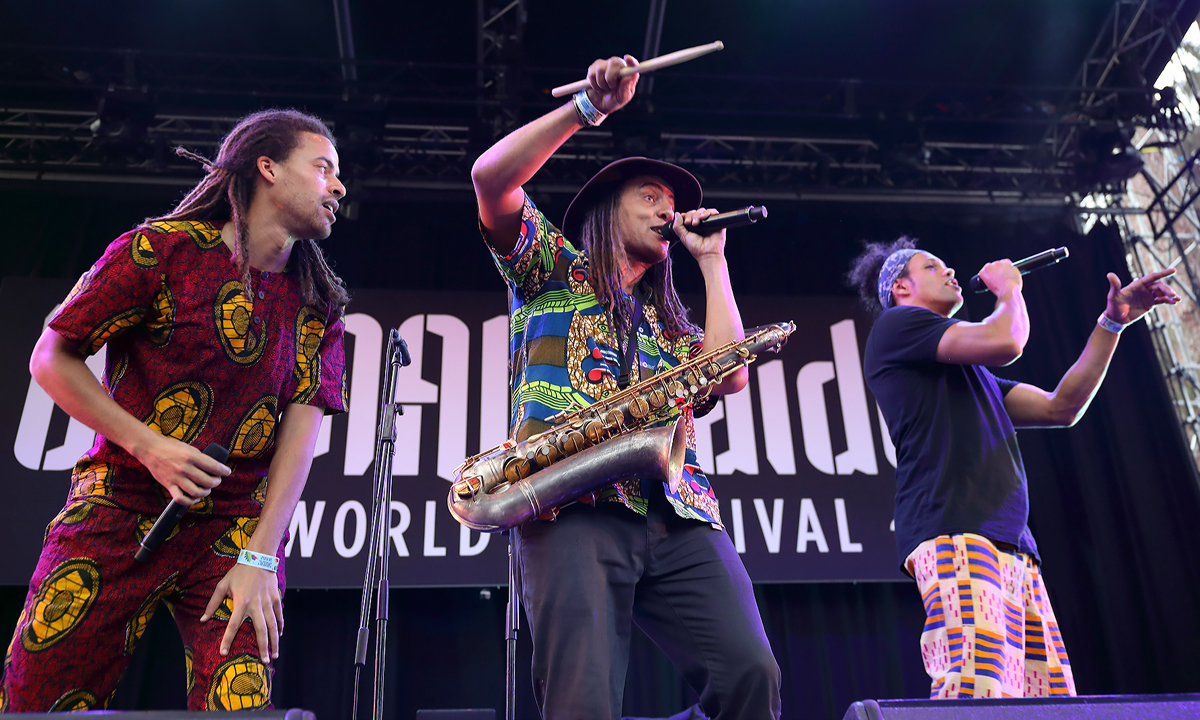 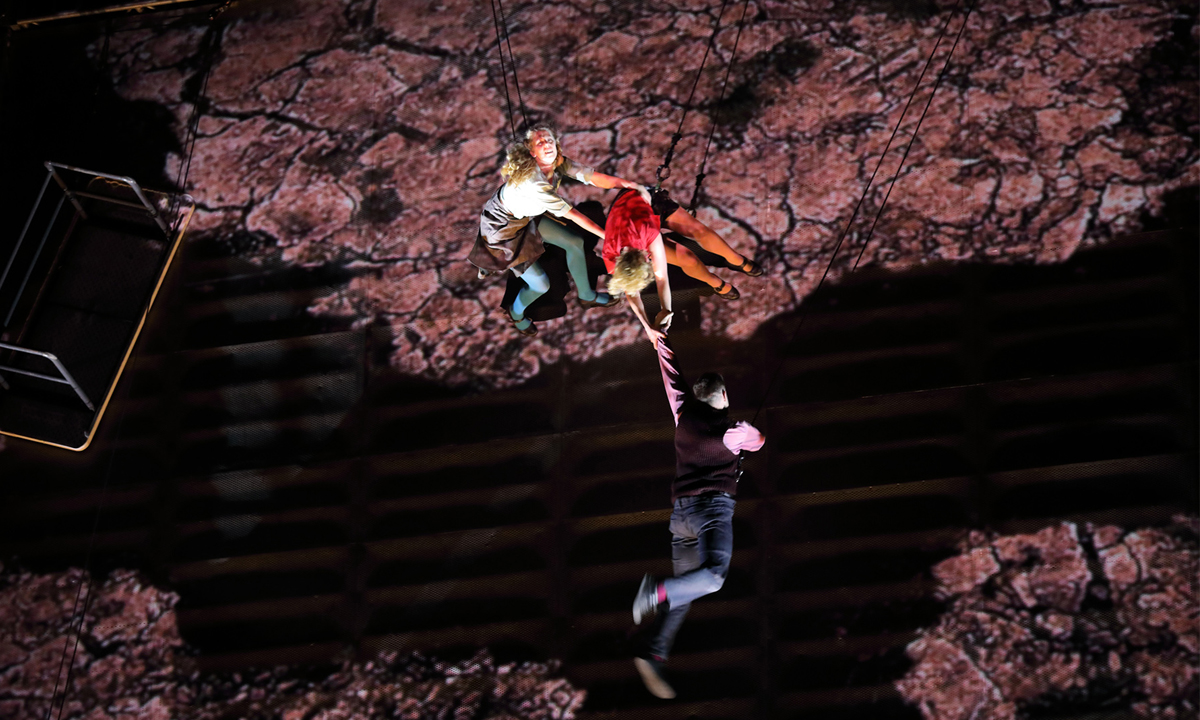 The As the World Tipped aerial spectacular. Photo: Tony Lewis 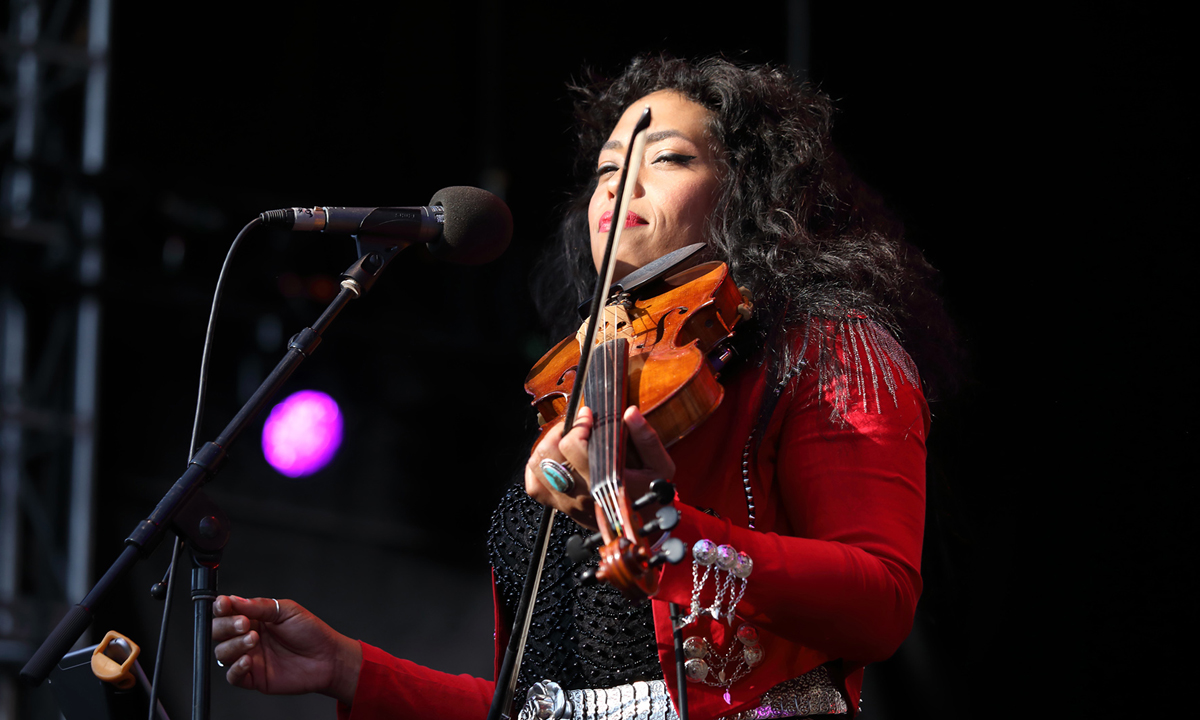 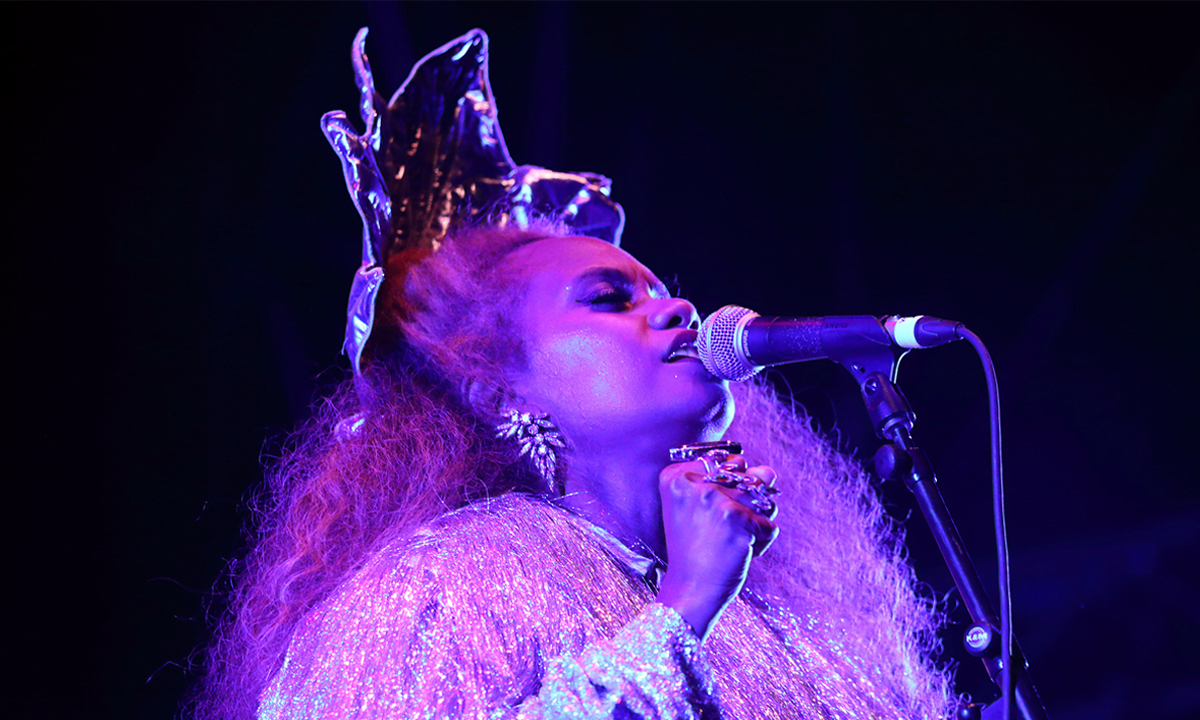 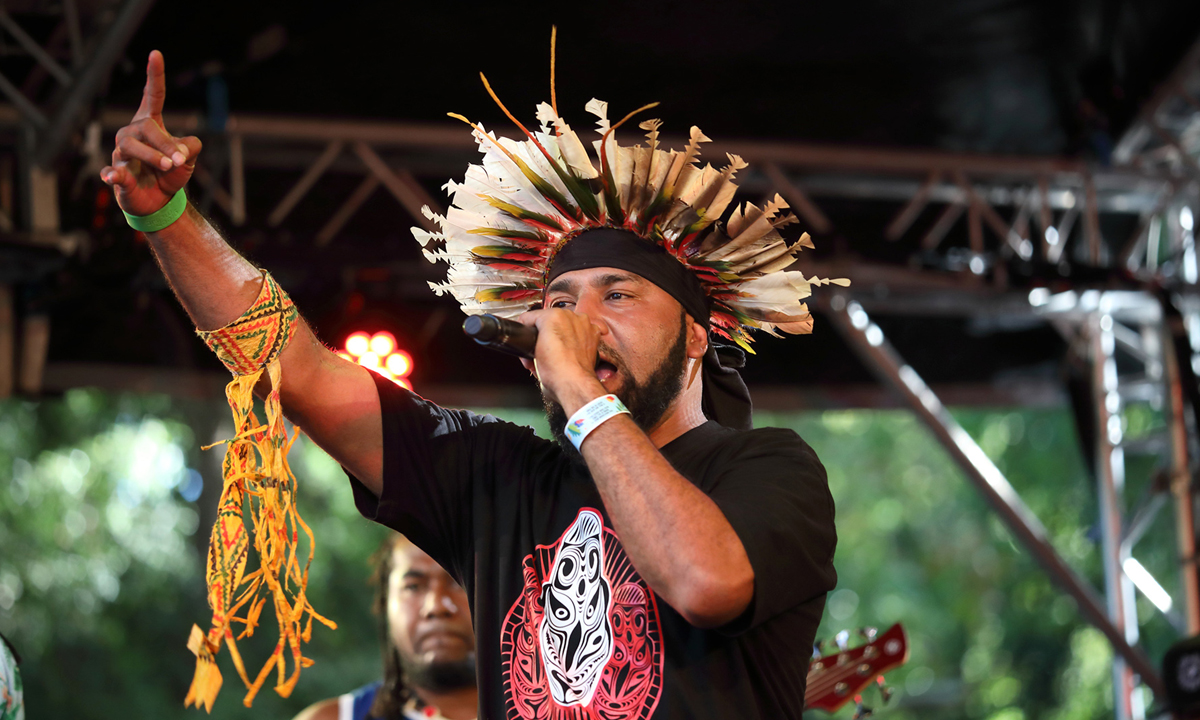