In what is the first program announcement for next year’s Festival, joint artistic directors Neil Armfield and Rachel Healy said the production would appeal to both opera lovers and opera first-timers alike.

Produced by Kosky’s Berlin-based Komische Oper and co-directed by Suzanne Andrade of British performance company 1927 (which presented the live theatre-animation hybrid Golem at the 2016 Adelaide Festival), The Magic Flute is said to “evoke the enchantment of Buster Keaton’s silent movies, the dark underbelly of Tim Burton and the whimsy and humour of early 20th-century animated cartoons”.

Kosky has been quoted previously as saying he was bored by The Magic Flute when he first saw it as a child, but as the video clip below shows, there is nothing dull about this imaginative take on Mozart’s classic work.

In a review of its 2015 presentation at the Edinburgh Festival, The Guardian described it as a tour de force: “a quixotic enterprise that buzzes and whirrs and spins with manic energy and joy”; “the audience … oohed and aahed, clapped, gasped and guffawed”.

Since its premiere in Berlin six years ago, The Magic Flute has played to more than half a million people in 22 cities, and seems to have provoked a similar response in audiences everywhere.

“I thought Berlin audiences reacted very positively to it until I went to Los Angeles, where they were absolutely screaming with laughter: we sometimes had to stop the film,” Kosky says.

He says it is a show to which you can take “the kids and grandma”: “And it’s also a godsend for seasoned opera audiences who are sick to death of The Magic Flute and bowled over that they can go and see a production where they’re surprised at every aria.” 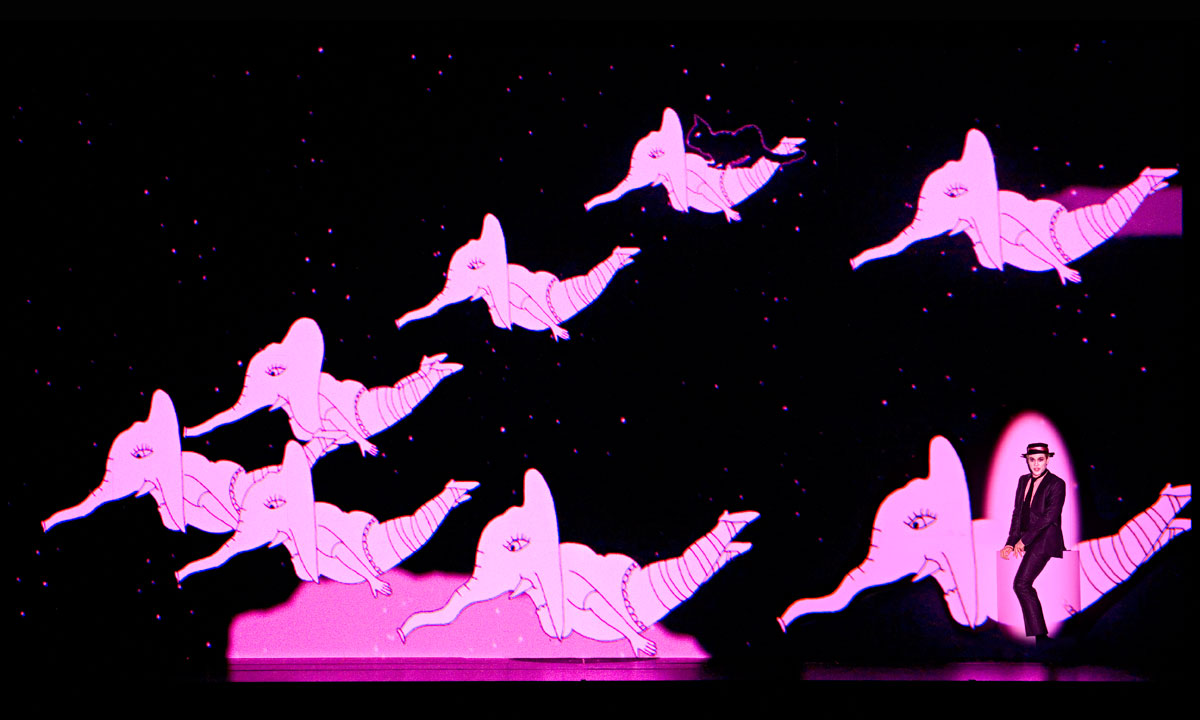 A show for everyone: The Magic Flute. Photo: Iko Freese

Operatic productions have proved highly successful for the Adelaide Festival in the past two years, with Neil Armfield’s production of Brett Dean’s Hamlet contributing to record box office figures for the 2018 festival and luring 39 per cent of its audience from interstate, while 2017 centrepiece Saul – also directed by Kosky – sold out within weeks of tickets going on sale. Both productions also won multiple Helpmann Awards.

Healy said The Magic Flute captured “the spirited warmth of the original with a masterful application of 21st-century technology”.

“Back in 2016, I saw their [Kosky and Andrad’s] Magic Flute in the middle of a full-to-bursting theatre with every audience member wearing mile-wide grins, and I knew that we had to find a way of presenting it at the Adelaide Festival.”

At two hours and 40 minutes long, the production will be presented at the Festival Theatre from March 1-3, 2019.