Kings of War reveals a deep understanding and love of Shakespeare’s kings (Henry V, Henry VI, Richard III) and how the stories of these men – some ambitious, some with greatness thrust upon them – relate to the modern world.

The cast members of Toneelgroep Amsterdam theatre – which also presented 2014 Festival epic Roman Tragedies – are all highly skilled performers who bring a naturalness, sincerity and psychological truth to their characterisations while also presenting the necessary grandeur and ceremony of the roles. They deftly shift from character to character while wearing similar clothing, demonstrating their skill in subtly and convincingly becoming different people.

The set is a modern war room with television and computer screens, radar, maps of the English Channel and a large screen above centre stage that displays information, images and film.

Upstage is a white room that leads to a warren of white corridors and, though the stories are set in the 1400s, modern clothing, technology and live video footage of nobles walking, plotting and killing behind the scenes ensures the contemporary relevance of this production. Images of soldiers, alive or dead, within the walls are starkly reminiscent of similar scenes we see nightly on the television news of bloody battles for power in almost every continent. 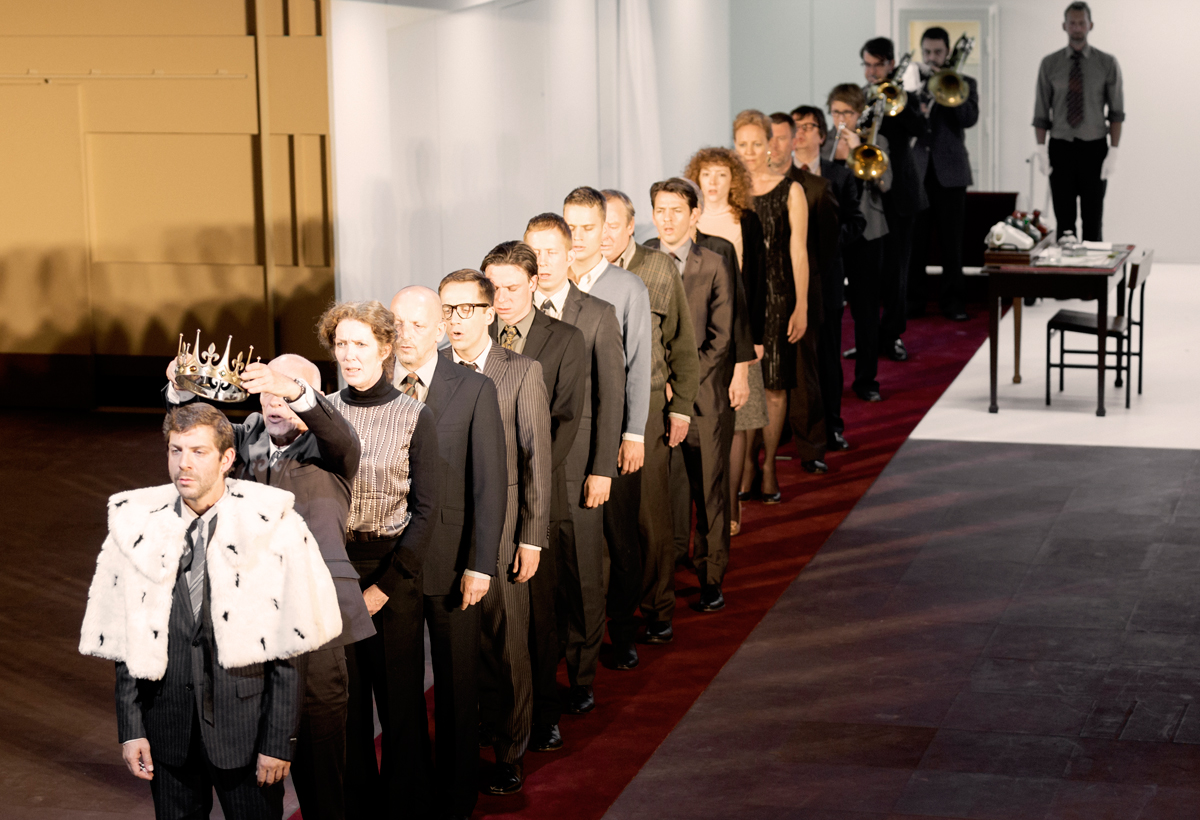 Inspired by Shakespeare’s words, this company masterfully portrays comedy and irony, particularly when the kings proceed to woo the wives or daughters of those they have defeated or killed. It is superb comedy when Henry V (Ramsey Nasr) expresses his love for Catherine of Valois (Hélène Devis), who does not speak English; Henry VI (Eelco Smits) timidly woos Margaret of Anjou (Janni Goslinga) and, in a display of astonishingly awkward irony, Richard III (Hans Kesting) convinces Lady Anne (Hélène Devis) to marry him immediately after her husband and son have been murdered by Richard.

Throughout, four musicians use brass instruments to create a sense of ceremony and occasion while underscoring the malevolent threats from within, and countertenor Steve Dugardin’s beautiful voice brings something angelic to the production.

Technology allows Henry V’s St Crispin’s speech to appear not quite so noble and rousing; instead, the distanced, amplified voice seems like propaganda and the successful English battle tactics, explained on screen, focus on the loss of 10,000 French dead rather than the brilliant, tactical victory. 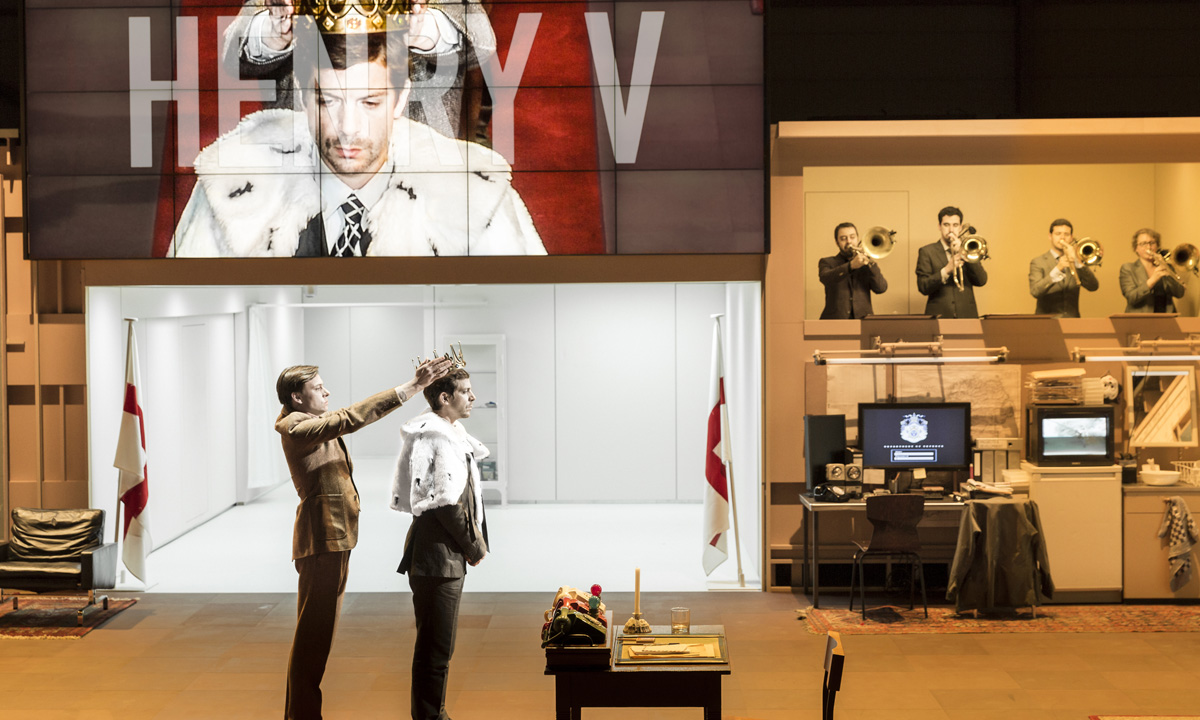 Having seen a king of war, we see the British crown slide with Henry VI not being so interested in war and his kingdom is gradually shared among greedy nobles, desperate for their own spoils. Finally, in Richard III, we see a successful politician gradually reducing his competitors and enemies until only he can claim the top job.

The cast is outstanding but mention must be made of Hans Kesting’s Richard III because of its simplicity of staging, manic nature, mastery of manipulation and its establishment of a creepy, evil presence that cannot be trusted but needs to be obeyed.

Kings of War is a production that will never leave an audience because of its intensity, detail, beauty, musicality and enriching presentation of great truths about our world.

Kings of War is being presented at the Festival Theatre until March 13. Read more InDaily Adelaide Festival stories and reviews here.