Under the latest State Government changes to directions announced yesterday, entertainment venues such as cinemas and theatres can have a capacity of just one person per 4sqm, while all activities with an approved COVID Management Plan scheduled for the next two weeks have been cancelled.

The change has prompted the Adelaide Festival to delay this Thursday’s planned launch of its 2021 program.

“We continue to take the advice of SA Health and are working towards rescheduling the launches,” festival executive director Elaine Chia said in a statement. “We are so disappointed that we can’t reveal our program this week and can’t wait to share it with you as soon as we can.”

Summer of the Seventeenth Doll, an adaptation of Ray Lawler’s 1955 Australian play of the same name, opened at Her Majesty’s Theatre on Saturday and marked SOSA’s first show since the pandemic shutdown.

“It is heartbreaking that we are unable to continue the season but [we] respect absolutely the directions from the South Australia Government,” said artistic director Stuart Maunder.

“We trust that their swift action will enable us to be back on stage as soon as it is safe to do so.”

Until now, South Australian entertainment venues have been able to operate at half capacity with checkerboard seating, and many recent performances have sold out.

State Theatre Company SA has been presenting preview performances of Ripcord in the Adelaide Festival Centre’s Dunstan Playhouse since Friday, with the sold-out official opening supposed to take place tomorrow night. However, it announced this afternoon that performances from tonight until Saturday (November 21) had been cancelled.

“We are sad to be cancelling the first week of this terrific show but of course our number-one priority is ensuring everyone’s health and safety,” executive director Julian Hobba said.

“With Adelaide Festival Centre, we are following the directives, as well as the advice, from SA Health to monitor the unfolding situation and expect to make a decision about the rest of the season [scheduled until December 5] by the end of the week.

“Our aim is to enable as many subscribers and ticket holders to the show as possible, within safe parameters.”

Ripcord ticket holders affected by the cancellation can either get a refund or request to be on a “reseat list” if performances resume, while Summer of the Seventeenth Doll ticket holders are eligible for a refund via BASS.

Adelaide Festival Centre CEO and artistic director Douglas Gautier told InDaily earlier today that under the new direction, the capacity of the centre’s venues would be reduced to 20 per cent or less, which was expected to cause “significant disruption”.

“We are holding conversations with the companies and producers affected to determine the future of their performances,” he said in a statement.

“In all of this, the safety of our patrons, artists and staff is paramount. We are keeping a close watch on public health notifications from SA Health and the State Government and will respond to any further changes.”

The new restrictions come right in the middle of Feast Festival, which has billed itself as South Australia’s first multi-arts and cultural festival to proceed since COVID-19 hit.

Feast organisers said this afternoon that the closing event of the LGBTIQ+ festival, Picnic in the Park, has been cancelled. The annual family-friendly event was to take place on  November 29 at Pinky Flat/Tarntanya Wama, and usually attracts more than 3500 people. 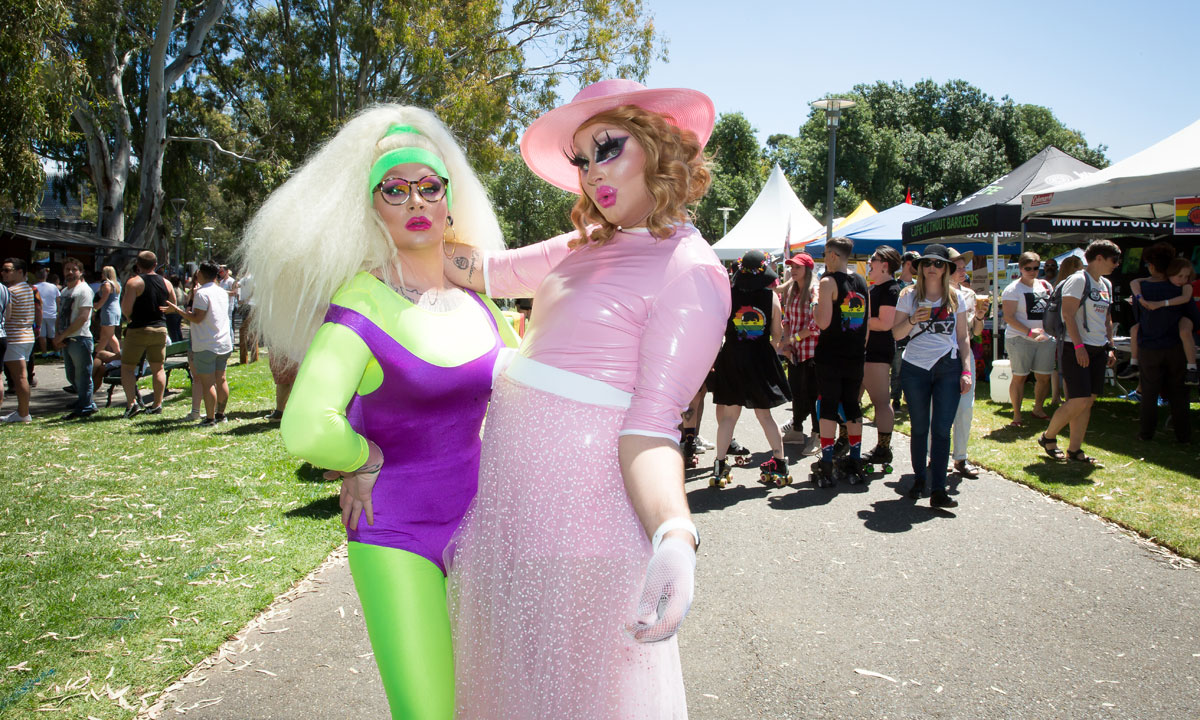 Feast Festival has had to cancel next weekend’s Picnic in the Park.

More than 45 of the 100 events registered as part of this year’s Feast Festival have yet to be presented, while another 18 are midway through their season.

“We are working with our artists, event organisers and venues who still have registered events in the Festival program that meet the current restrictions, however the final decision to cancel or continue to present the event will be at the discretion of the event organiser and venue,” said Feast CEO Helen Sheldon.

Australian Dance Theatre has postponed the season of its latest work, Of All Things, which was due to open at The Odeon in Norwood this Thursday. Performances are now scheduled for December 3-6.

It is understood most SA cinemas will continue to operate within the new limits on capacity, with locally-owned chain Wallis Cinemas confirming this morning that its cinemas remain open, while Palace Nova Cinemas told InDaily it had removed seats from its plans to accommodate the one person per 4sqm ruling.

“Adapting to the COVID-safe rules is something we are now good at, so we are comfortable we will continue to keep people safe while enjoying their films,” said Palace Nova state manager Karen Karpinski.

In a newsletter to patrons, The Governor Hindmarsh said it was staying open, with significantly reduced capacities: “Some performances are being re-scheduled or tickets are being capped at 100. The space within our venue means that each individual will have WAY more than 4sqm per person under these arrangements.”

Samstag Museum of Art announced this afternoon that it will close tomorrow until further notice.

The Art Gallery of SA remains open, but has put guided tours and school bookings on hold, as well as cancelling a preview of its 2021 program that was planned for next Wednesday.

NOTE: This story was published before the announcement of the six-day lockdown, which means all events have been cancelled and all venues will now be closed until at least the middle of next week. State Theatre Company SA has cancelled performances of its season of Ripcord until November 28, with a further announcement to be made next week.