A newly discovered private collection of works reveals the breadth of much-loved Adelaide artist David Dallwitz’s experimentation with hard-edge painting and that his equally talented son, John, was working in parallel.

David Dallwitz was also a celebrated jazz musician and composer and is known for being part of the 1940s vanguard of Adelaide Angry modernists – a group of artists who rebelled against the social and artistic conservatism of their home city. The “Adelaide Angries” were open to modern influences such as cubism and surrealism, and founded the Contemporary Art Society in Adelaide, with David voted chairman of the SA branch.

A model wearing a dress in a John Dallwitz Original Design fabric, standing in front of his Angulate yellow painting, at John Gild Galleries in Perth in 1969. Photo: John Dallwitz

His brief explorations into abstraction have been publicly recognised through his often-displayed and much-loved painting Blue Flash, 1969 (part of the AGSA collection), but the gallery has now uncovered the pair’s bigger story in Adelaide Cool: The abstract art of David and John Dallwitz.

Taking inspiration from David’s first public showing of his abstraction at Sydney’s Central Street Gallery in August 1969, the display celebrates the 50th anniversary of this breakthrough moment. It adopts an unabashed personal and nostalgic look at this short but critical time of a father-and-son artistic practice.

After experiencing a cool reception to their artistic investigations, and being distant from the centre of international developments in the United States, by the end of 1969 the pair had abandoned their interest. Considered too radical and poorly understood by Australian audiences, they never revisited abstraction: David returned to realism and John turned to photography and heritage conservation work.

For 50 years, almost all their remaining works have been hidden from view, either resting in storage or with the canvas supports repurposed. In the case of David, he occasionally reused the reverse of his abstract subjects to paint the vibrantly coloured realist portraits and landscapes for which he has become widely celebrated.

The recovered works of art and related archival material included in Adelaide Cool – on display in Gallery 17 of the Art Gallery of South Australia – resemble a time capsule of a hitherto little-known period of Adelaide abstraction. The vitality and virtuosity of the artists’ exploration of dynamic colour and formal geometric relationships expanded beyond the canvas to include sculpture, photography, textiles and jewellery. 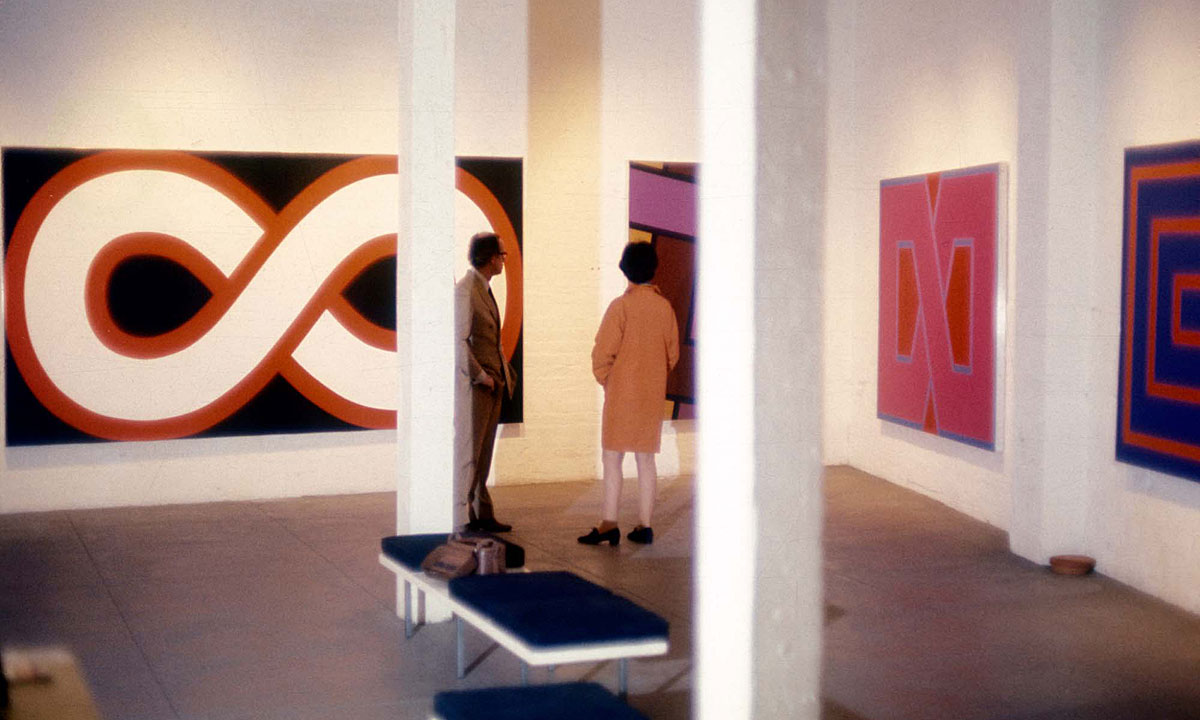 Although prescribing to formal pictorial elements, the works exude a characteristic Dallwitz sense of humour and whimsy that encapsulates the buoyant mood of this post-war moment.

Surprising highlights of the display include works not seen since 1969 and never previously exhibited in Adelaide, such as David’s epic 4m-long Dynamo and John’s dramatic rhombus, Angulate red. The period’s characteristically rich dialogue between fashion and art can be seen in John’s geometrically patterned shift dresses and through photographs and documentary records that also show the Dallwitz milieu as dynamic, innovative and creative.

The display includes works drawn from the gallery’s collection and private collections and recognises the generous support of the Dallwitz family.

Adelaide Cool offers a rare and new opportunity to appreciate locally created works of art that were in direct dialogue with mid-20th-century international movements in art and design.

Tracey Lock is the AGSA’s Curator of Australian Paintings & Sculpture.

Adelaide Cool: The abstract art of David and John Dallwitz is showing from tomorrow in Gallery 17 at the Art Gallery of South Australia.