“I wanted to think of a theme that brought together an incredibly dynamic mix of artists,” says Leigh Robb, curator of Monster Theatres and the Art Gallery of South Australia’s curator of contemporary art.

“Some of those artists have had enduring themes and practices that have have defined Australian art history and the discourse, and in other cases they are really new exciting or urgent voices that speak to some of the most topical issues in the country, and globally as well.

“It’s a very complex and diverse group, across art forms and across generations and across backgrounds.”

The word monster, she explains, comes from the Latin word monere (to warn) and monstrare (to make visible). The artists’ works are “warnings made manifest” – addressing the monsters of now.

“Monsters ask us to interrogate our relationships with each other, the environment and technology. They force us to question our empathy towards difference across race, gender, sexuality and spirituality.”

“Theatre” is also intended to have multiple readings – from an arena for performance, to operating theatres and theatres of war or conflict.

Robb has assembled 23 artists from across the country working in media ranging from painting, photography, sculpture and textiles, to film, video, sound art, installation, and performance art.

The 2020 Biennial – which marks the 30th anniversary of the exhibition and will run from February 29 until June 8 – will see a “marked increase” in the amount of live art and performance and sound work, Robb says.

While most works will be on display in the Art Gallery of SA, around six projects will be presented in the Adelaide Botanic Garden and its Museum of Economic Botany.

One of these is by WA-based bio artist, activist and beekeeper Mike Bianco, who will create a stand-alone “Pavilion of Transformation” within the garden. 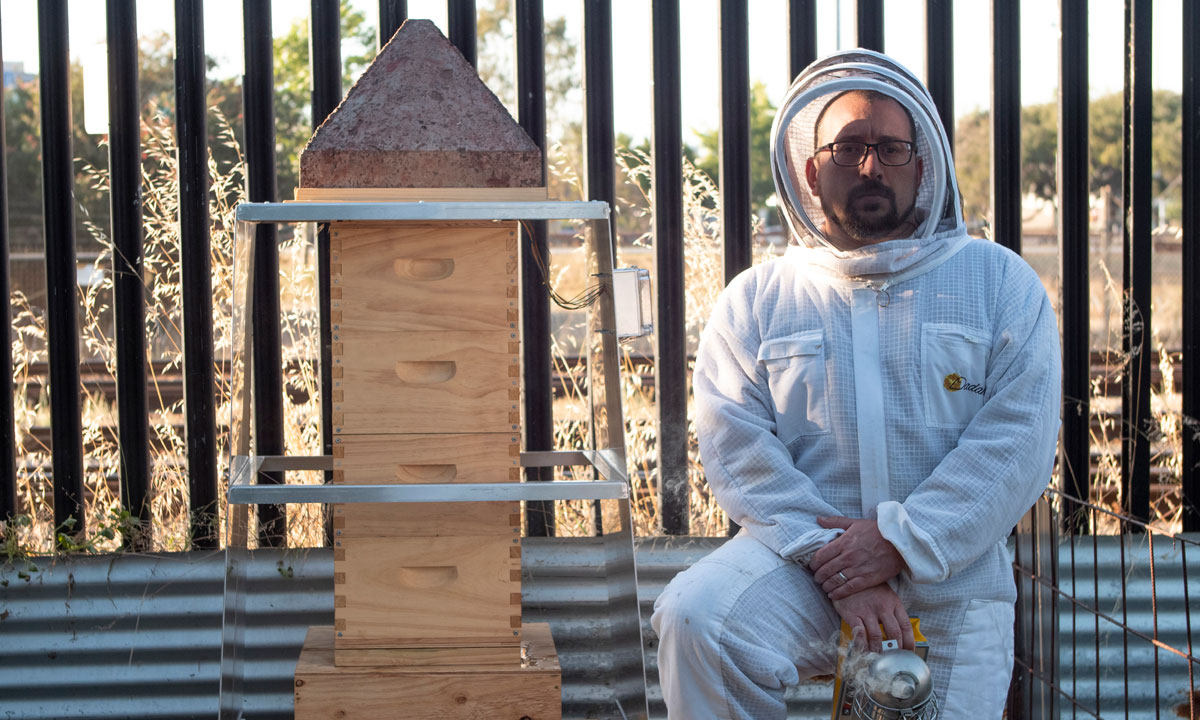 “Part of it will be a performance where he will take you through and you can sleep with the bees to encourage inter-species intimacy. It’s very unusual and exciting and actually very beautiful.

“Mike describes monsters as the spectre of ecological collapse, and bees tell us a lot about the health of our ecology.”

South Australian glass artist Yhonnie Scarce – whose previous works include a stunning installation inspired by the atomic bomb tests at Maralinga which was the centrepiece of the inaugural Tarnanthi Festival – is making a new work to be shown in the “Dead House” which used to be the morgue for the asylum in the Botanic Garden.

“It’s never been used before or open to the public,” Robb says of the building.

“Yhonnie is making a new work in response to some of the history of the asylum … she’s been researching the treatment of Indigenous patients in the asylum and will be telling some of those stories through her work.”

Another SA artist, Julia Robinson, is creating a large multi-limbed hybrid – inspired by the mythical monster Scylla and the 19th-century story Rappaccini’s Daughter – to take up residence in the Museum of Economic Botany. 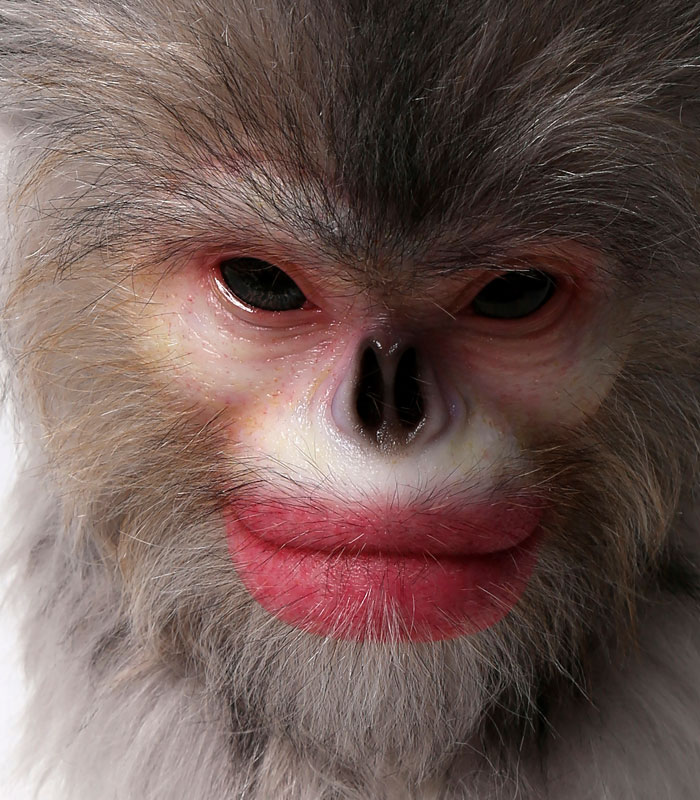 A hybrid figure will also feature in an installation in the Art Gallery by seventh-generation Australian-Muslim artist Abdul Abdullah, whose practice often explores what it means to be considered an outsider in society.

“I don’t want to give too much away, but at some point lurking in the horizon is this particular figure that is a hybrid of a human and an animal using the snub-nosed monkey from China, which is a very rare monkey,” Robb says.

Perhaps one of the most radical artists in the 2020 Biennial line-up is performance artist Stelarc, who first came to public attention for his series of performances in the 1970s and ’80s where he suspended himself from various structures using hooks in his skin. Stelarc’s projects have often involved cybernetic or other technology integrated with the body, and Robb says that for the Biennial he is partnering with Flinders University to make a new robotic work. 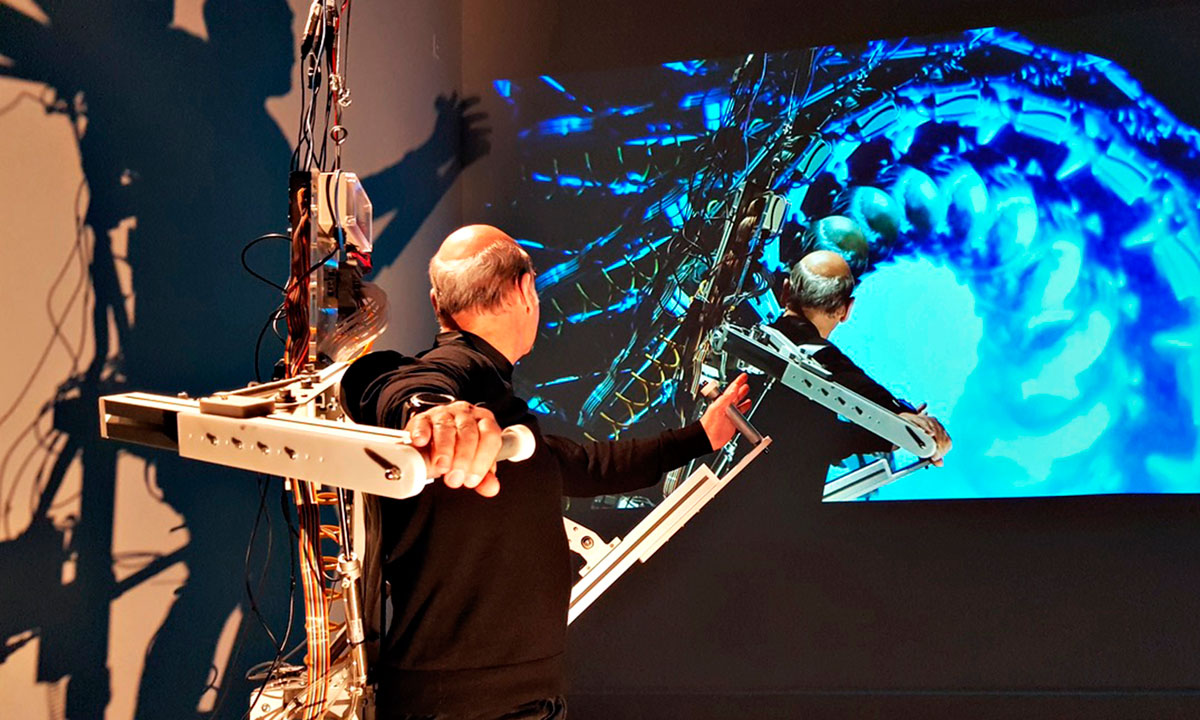 Artists presenting sound or performance-based works also include Quandamooka artist Megan Cope, who will create a new kind of instrument by suspending rocks and other items on violin strings with mics attached, and composer and sound artist Julian Day, whose sonic work and sculpture installation will have links to a project he has been involved in in the Barossa Valley which recently culminated with a music performance involving the restored 19th-century pipe organ at the Barossa Regional Gallery.

The AGSA will show a large collection of works, including paintings and woodcuts, from the Grotesquerie series by Victorian Brent Harris, whom Robb considers one of the most important painters in Australia.

“He’s also making a whole new body of work in response to the Biennial and the theme as well, so new paintings and new monographs … they’re really incredible.”

Perth-based artists Erin Coates and Anna Nazzari will present a 15-minute surreal underwater horror film, for which they created an entire submerged set, while South Australian Pierre Mukeba (winner of the People’s Choice award in this year’s Ramsay Art Prize) is working on what Robb describes as “a congress of figures that will fill almost an amphitheatre of sorts”. 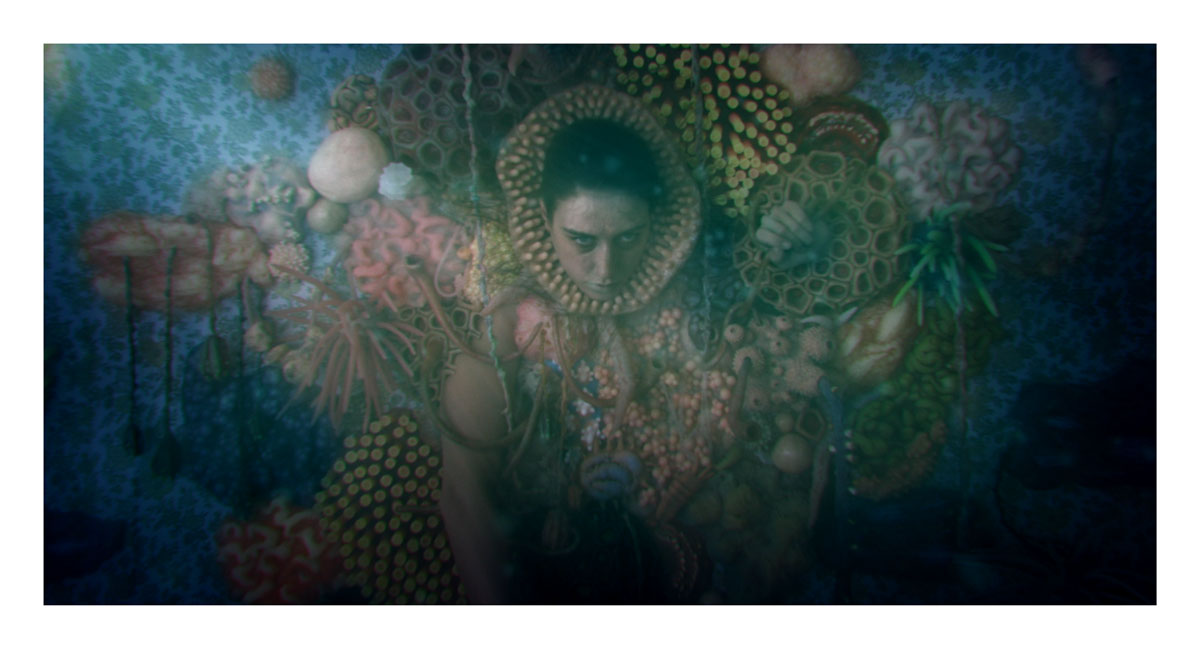 The curator is confident the expansive line-up for Monster Theatres will feature artists and works to suit all tastes.

“I think there will be moments of darkness and light, and things that are engaging with some of the most pressing issues in our country and globally from a lot of different positions …

“In a way, the exhibition itself will be like a monstrous form across different sites and spaces… there will be quiet spaces and then much more animated, demanding spaces; times of reflection and contemplation and then transformation.”

The 2020 Adelaide Biennial of Australian Art: Monster Theatres will open on February 29 as part of the Adelaide Festival and continue until June 8.