In an era when state galleries were behind the mark in acquiring contemporary and international art, artists relied on private collections and galleries to present the avant-garde and sometimes scandalous.

There was a good measure of both at Carrick Hill, and exploring a collection that included works by the likes of Matthew Smith, Stanley Spencer and Henri Matisse must have been a revelation to the modest city’s emerging artists in the 1930s, ’40s and ’50s.

The current exhibition, Treasures: the Australian art collection at Carrick Hill, examines the profound and rather unique friendships struck between artists and patrons at the Tudor-style home in the Adelaide suburb of Springfield.

In his autobiography Not Quite Straight, Jeffrey Smart recalled his friendship with Carrick Hill’s late owners, Bill and Ursula Hayward, as a revelation to a young artist living in the eastern suburbs of Adelaide, writing:

The home was the thriving centre for creatives in Adelaide in its golden age; the Haywards’ significant collection of modern French and British art provided a unique resource for emerging artists to see for themselves what their contemporaries were creating on the other side of the pond.

Bill Hayward, a prominent Adelaide businessman and director of John Martin’s department store, built the enigmatic mansion in the Adelaide foothills with his wife Ursula, nee Barr Smith, in the late 1930s.

During their honeymoon in 1935, they purchased the oak interior panelling and staircase from the demolition sale of a Jacobean stately home in the Staffordshire countryside, transported it to Adelaide, and constructed their house around it. The result, their own interpretation of the stately home, was furnished with a collection of modern art that provides a striking contrast to the rich oak hues.

For many young Adelaide artists, the unique home would have been their first opportunity to step into a building with such a rich heritage, as well as feasting their eyes on the treasures it held.

Bill and Ursula felt a particular responsibility to foster the next artistic generation and were able to do so by tapping into their extensive professional and social networks to make connections for young artists, often throwing cocktail parties where they could rub shoulders with prominent Australians and potential patrons.

John Martin’s also had a gallery, and the Haywards ensured many young artists – such as Adrian Feint, Jeffrey Smart, Jacqueline Hick and Nora Heysen – were given the opportunity to exhibit their work and effectively promote it in the public eye. 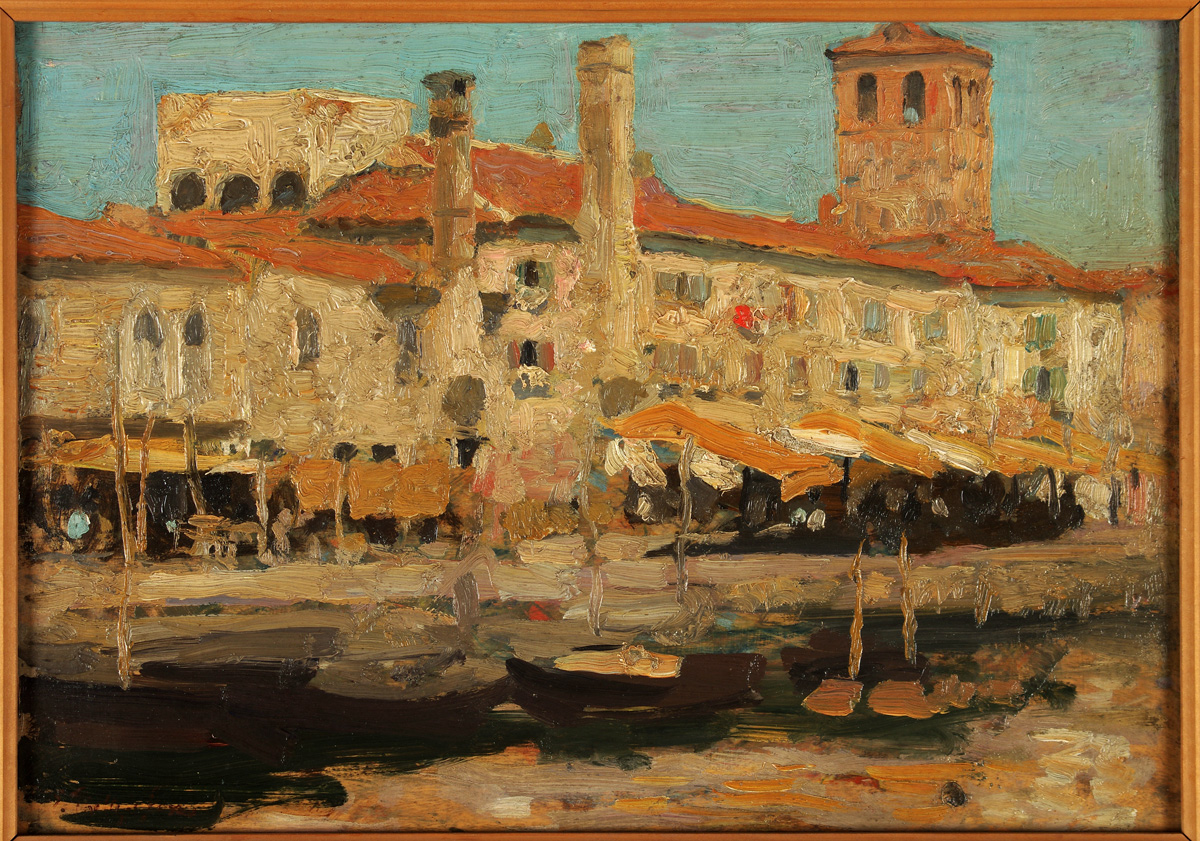 Treasures: The Australian art collection at Carrick Hill​ explores the friendships and patronage between the Haywards and some of Australia’s best-known artists, as well as bringing together the astounding collection of Australian work in the collection by artists such as Arthur Streeton, Russell Drysdale and George Lambert. A number of pictures by Australian artists living and working abroad – in particular, Derwent Lees’ The Yellow Skirt and Emmanuel Phillips Fox’s Moroccan Vista, with its sun-drenched hues – highlight that the Haywards were selecting work by artists who had risen to international prominence.

The Haywards’ close friendship with artists, as well as their own personal tastes, are evident in their contemporary collecting; the collection includes a large holding of work by artist, friend and neighbour Ivor Hele, including two striking portraits of Bill. Also on display are two rarely seen outback landscapes by Queensland artist Ray Crooke, which would have struck nostalgia in Bill, a jackaroo at heart.

Ursula’s penchant for floral motifs shines through in the work of friends including South Australians Kathleen Sauerbier and Margarita Stipnieks, as well as the Sydney-based Adrian Feint, who Ursula would send freshly cut flowers from her garden by train to serve as muses in his compositions. For her Still Life with Roses, Nora Heysen paints a flower that was particularly close to Ursula’s heart, one that has always had a presence on the Carrick Hill grounds and has become synonymous with its gardens.

While the Haywards no longer walk the halls of Carrick Hill, the collection has not remained static. A number of significant donations and acquisitions over the years has continued the Haywards’ vision for the collection and is in keeping with their taste. Most notably, in 2016, Robert Hannaford paid homage to the great Australian artist Bill Dobell by re-creating his 1943 Archibald prize-winning portrait of fellow artist Joshua Smith that had been destroyed by a fire at Carrick Hill in 1958. 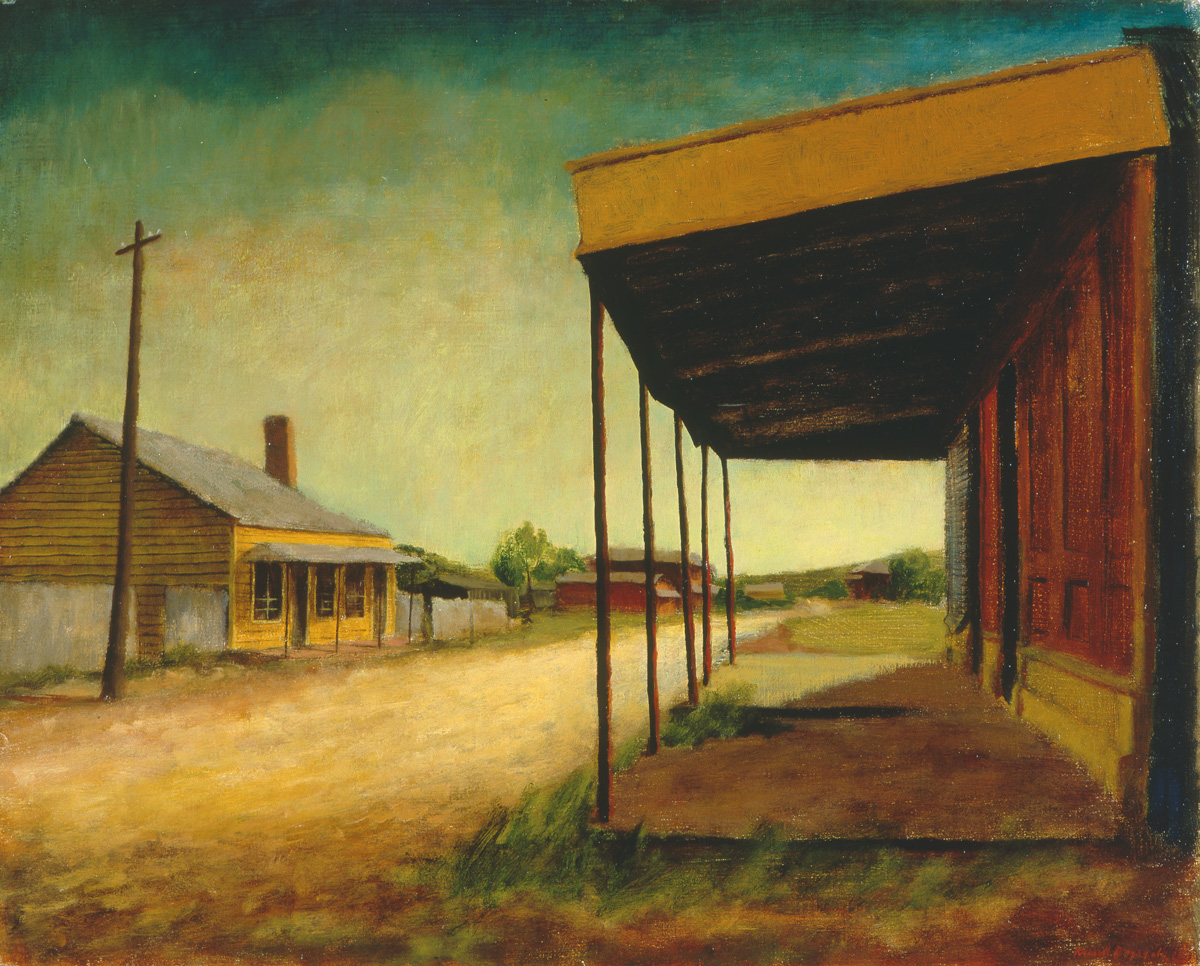 Treasures: the Australian art collection at Carrick Hill is on display until June 30.