“It had a wonderful feeling,” 96-year-old  Phyl Skinner says, reflecting on her days performing as one of the vaudeville dancers at The Tivoli in the 1930s.

“It was noted if you could get on The Tiv.”

Her Majesty’s Theatre was built in 1913 and originally called The Tivoli (later known as The Opera Theatre). It is the last operating theatre remaining from the national Tivoli circuit, which dominated Australia’s pre-television entertainment scene from the late 1890s to 1960s.

Skinner will return to her old stomping ground this Saturday for Her Majesty’s Theatre’s Closing Benefit, which will celebrate the building’s 115-year history before it closes to undergo renovations. 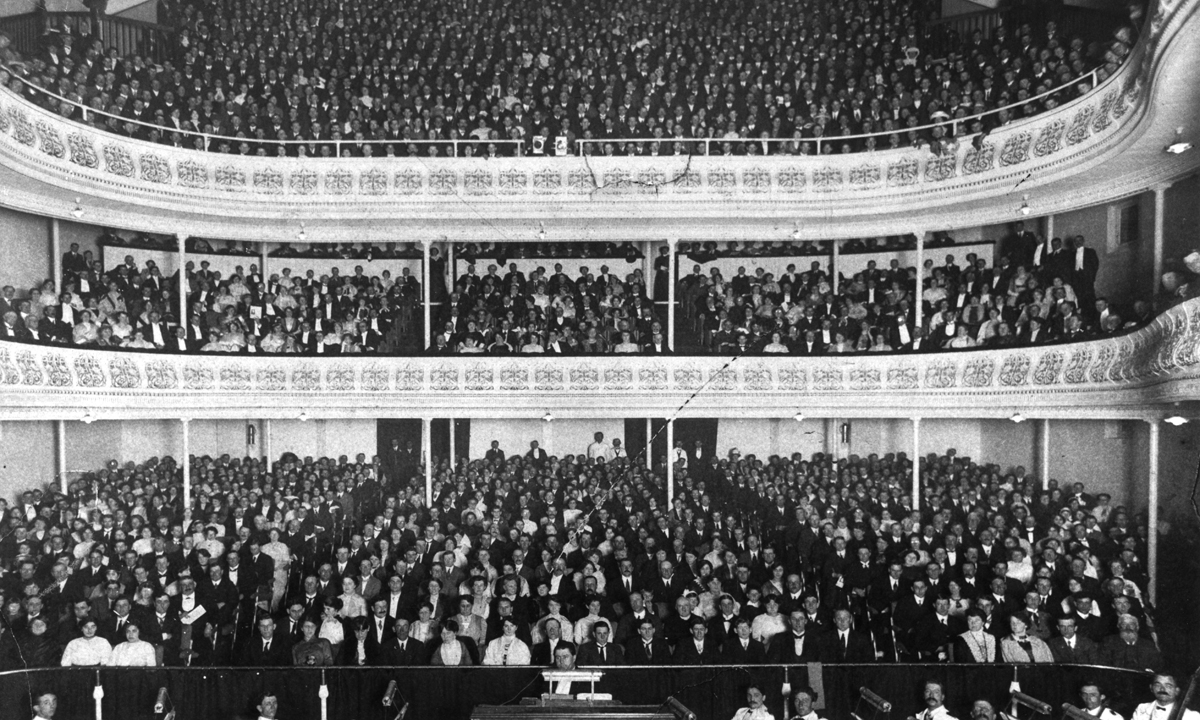 Her Majesty’s Theatre’s opening night in 1913.

The vaudeville legend has fond memories of heckling from “the gods” (the third-tier seating area), the theatre’s “tiny” dressing rooms, and dusting her arms and legs white in keeping with the theatre trends of the day.

“Up the top was our wardrobe,” Skinner recalls.

“If there was something wrong with your costumes you had to take it up to the wardrobe master; [and] he gave us two big bowls of safety pins.

“We would have to use the pins and walk up the spiral staircase to him and we would show our damaged costumes and he would just say, ‘It will look alright under the pink and blue’ [the stage lighting].” 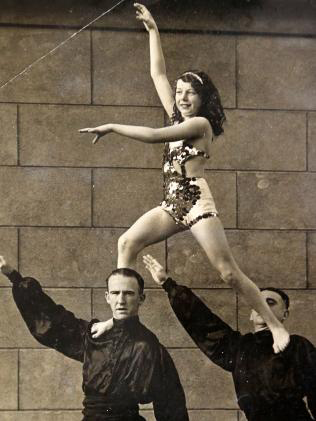 The Tivoli vaudeville circuit was established in Sydney in 1893 by English music hall comedian Harry Rickards and later grew to include Melbourne, Adelaide, Brisbane and Perth by the turn of the century.

It featured a variety of vaudeville acts including dancers, acrobats, comedians and ventriloquists.

Skinner says the “Tivoli girls”, as the show dancers were then known, had to be versatile performers.

“You had to do everything – they put you through toe work,” she says.

“In every show there was something away from the big rowsey dowsey [the more lively vaudeville acts] … one performance that was classical, usually before someone would sing.

“There were six showgirls [who would come] down the staircase to the chorus and then disappear.

“I remember when I came down the staircase the music was, ‘You stepped out of a dream, you are too wonderful to be what you seem…’”

In two weeks, Her Majesty’s Theatre will close down for at least 15 months to undergo a $66 million redevelopment of the theatre’s foyers, bar, stage and seating areas.

The design for the new auditorium and stage.

As part of the renovation work, “the gods” balcony seating will be reinstated, increasing the theatre’s capacity to approximately 1500. Improvements will also be made to the orchestral pit and technical facilities.

The front-of-house upgrades include a new entrance as well as redesigned foyers and bars, more toilets and full disability access.

It’s expected the theatre will reopen in 2020 with greater capacity to host big production shows. 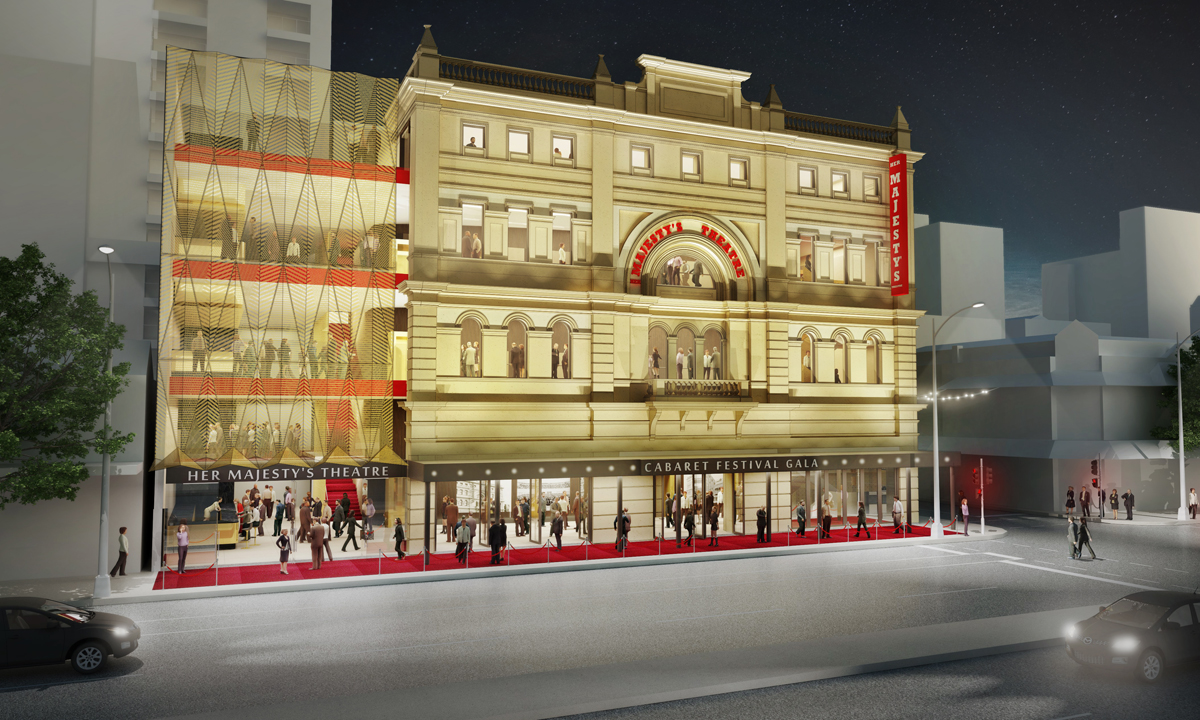 An architect’s render of the entrance to the renovated theatre.

Before then, however, former performers and theatre lovers will have one last hurrah at the old theatre this Saturday for the closing benefit performance.

Her Majesty Theatre’s Closing Benefit will be held this Saturday. Proceeds raised from the event will go towards the Her Majesty’s Theatre Renewal Project.