Cabaret Festival co-artistic directors Ali McGregor and Eddie Perfect will host The Last Galah, a celebration of Australian song and this year’s festival finale, on Saturday at the Festival Theatre. Other shows this weekend include Kate Ceberano and Paul Grabowsky’s Love Songs; Tom Burlinson’s Sinatra at the Sands; Debora Krizak’s homage to musical comedy cabaret divas Laugh be a Lady; and Australian singer Naomi Price as Adele in Rumour Has It. Read all InDaily’s stories and reviews here, and see the program here.

Soprano Greta Bradman is teaming with the Adelaide Chamber Singers and a small instrumental ensemble for the Adelaide premiere of Annelies, the first major choral setting of Anne Frank’s diary. Performances are at 6.30pm on Saturday in the Pilgrim Church, Adelaide, and at 3pm on Sunday at The Village Well, Aldgate Church of Christ.

The Living End – The Gov

After a five-year break, ARIA-winning Australian rock ’n’ roll group The Living End are back on tour following the release of their new album Shift. They’re playing at the Governor Hindmarsh on Saturday and Sunday with support from Bad Dreems and 131’s. Melbourne sketch comedy trio Aunty Donna, here for this year’s Adelaide Fringe, are presenting an all-ages show at The Gov on Wednesday.

This double bill of one-act plays by Tony Moore is being presented this weekend and from June 30 until July 2 at Holden Street Theatres in Hindmarsh. Boiled Cabbage looks at the effects of World War II on the home front in Britain, while Noble Cause explores the issue of censorship in the modern world.

At the South Australian Museum until July 31, the Waterhouse Natural Science Art Prize exhibition showcases the work of finalists in this year’s competition. The 2016 Open prize was won this year by taxidermy artist Julia deVille, with a sculpture seeking to provoke discussion about the use of factory-farmed eggs in food products. 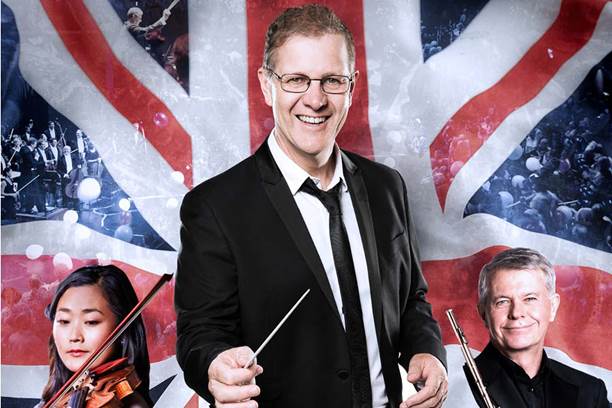 Conductor Guy Noble says audiences can expect “flag-waving fun and streamers” at the Adelaide Symphony Orchestra’s Last Night of the Proms next weekend. The performances, on July 1 and 2, will feature baritone José Carbó, the Elder Conservatorium Chorale and Graduate Singers alongside the orchestra, as they perform British classics including Parry’s “Jerusalem”, Elgar’s “Pomp and Circumstance March No 1” and “Rule Britannia!”

After a sell-out premiere season of their performance project Between Light in 2014, the Zephyr Quartet is now bringing the work to Port Adelaide’s Waterside Workers’ Hall from June 29 until July 3. Presented in association with Vitalstatistix, Between Light comprises five works by Australian jazz artists presented in a promenade-style concert in which the audience will move with the ensemble into different spaces at the hall – each lit by lighting designer Geoff Cobham.

Thirteen-year-old Australian piano prodigy Shuan Hern Lee – who performed at Carnegie Hall at the age of seven – will play his first solo recital in Adelaide on Sunday. Presented by Recitals Australia, the concert begins at 2.30pm at Elder Hall. Tickets here.

Adelaide folk-rock band Goldstein are playing a free gig at the Wheaty tonight (Friday) to celebrate their 10th birthday. They’re promising a trip through the past decade with the best material from their five LPs to date, “recounting stories about the good, bad and ugly of life in a local original band”, as well as unwrapping new material for their next album.

The “richest landscape art prize in the world” has relocated this year from the Fleurieu Peninsula to the Samstag Museum of Art in the city, where the work of all 58 finalists is on display until July 29. This year’s prize was won by Indigenous artist Tony Albert with a wall installation made from vintage playing cards. The work of finalists in the Fleurieu Food + Wine Art Prize are currently being shown at wineries and other venues in McLaren Vale.

Subtitled Family, Friends and Self in Photography, this free exhibition features intimate portraits from the 19th century to the present by Australian and international artists including Max Dupain and Andy Warhol. The gallery is also currently showing a collection of works titled Between the Lines: Australian Artists and War.