Like jazz and baseball, comic-book superheroes are often considered a uniquely American art form, created in the depths of the Great Depression to respond to the challenges of the Machine Age. Today, superheroes dominate movie marquees and television schedules.

Yet, while audiences are lining up for the latest Captain America film, a new Australian superhero is coming to our TVs on June 2. Cleverman blends Aboriginal mythology with contemporary superhero style and cutting political commentary (see cast and crew video interviews below).

It is set in a near-future Australia in which ancient creatures, the “Hairypeople”, have re-emerged to take their place alongside humans. However, co-existence is not so easy, with government agencies unwilling to recognise the Hairypeople (or “Hairies”) as citizens and limiting their movements to a heavily policed “Zone”.

Navigating this tense climate are Waruu (Rob Collins) and Koen (Hunter Page-Lochard), human half-brothers who could not be more different. Waruu is the self-appointed leader of all the disenfranchised people of the Zone, while his estranged brother Koen exploits this situation to his advantage. When their Uncle Jimmy, played by Australian screen icon Jack Charles, passes the power of the Cleverman to Koen (over his seemingly more suitable brother), the stage is set for a superhero show that addresses themes of identity, racism, and responsibility.

Whether on the page or screen, the superhero has always reflected prevailing interests and anxieties. In the late 1930s, Superman – celebrated for his Kryptonian heritage while seamlessly blending in with his fellow Americans – became an idealised immigrant narrative for the many people arriving in America to escape poverty and political unrest in Europe.

In the 1960s, gamma-irradiated heroes like the Fantastic Four, the Incredible Hulk, and Spider-Man were created in response to rapid scientific and technological development.

Continuing this tradition, the superheroes of Cleverman serve as a high concept metaphor for more contemporary concerns, from the Stolen Generations to the struggle for cohesion in a time of mass migration.

In using the idea of a subspecies – the Hairypeople – to parallel real-world inequalities, Cleverman most vividly recalls Marvel’s mutants The Uncanny X-Men. Created in 1963 by Marvel maestros Stan Lee and Jack Kirby, X-Men’s feared and hated race of Homo-Superior superheroes initially served as a Civil Rights allegory, while later creators used the series’ fertile premise to comment on gay rights, the AIDS crisis, and gender inequality.

Cleverman’s depiction of the “Hairies” as second-class citizens confined to a “Zone” is a thinly-veiled critique of many of Australia’s domestic and foreign policies. The first episode opens on a government minister (Andrew McFarlane) at a press conference, arguing accusations of “violating human rights” on the grounds that the “Hairies” aren’t human. Away from the cameras he uses his political clout to block media coverage of refugee removal.

While the real-world parallels may lack subtlety, they infuse the series with a relevance and political punch that one is unlikely to find in an episode of The Flash.

Series creator Ryan Griffen looked to Aboriginal mythology to populate his show, with both the Cleverman himself and the Hairypeople combining common elements from many Aboriginal countries’ lore to create unique characters. Yet the new show is not simply cherry-picking from Aboriginal mythology, with the production team avoiding moments where superhero convention might prove disrespectful to Aboriginal cultural practices and tradition.

In reconciling these twin imperatives, Cleverman offers an (anti)hero who struggles with his own identity. In the first episode, Koen literally gives his Aboriginal background the middle finger. That is, until his middle finger is torn off by an aggrieved “hairy” in one of the episode’s more memorable moments. Fortunately, Koen has recently gained the powers of the Cleverman, which include the Wolverine-like ability to grow back his missing digit, as well as the power to tap into the Dreaming.

The opening episode only hints at Koen’s inevitable arc from opportunistic grifter to selfless hero, and relative newcomer Hunter Page-Lochard does well to suggest the substance beneath the surface. However, Rob Collins delivers the early episode’s standout performance as Koen’s brother Waruu, a committed community leader who is equally at ease having an affair with a TV reporter as he is refereeing the Zone’s bare-knuckle brawls.

The magnetic Collins plays Waruu with a narcissistic streak, which threatens to violently erupt when he realises the Cleverman’s powers have passed to his ill-suited brother. This tension is likely to fuel much of the first series and provide its dramatic heft. 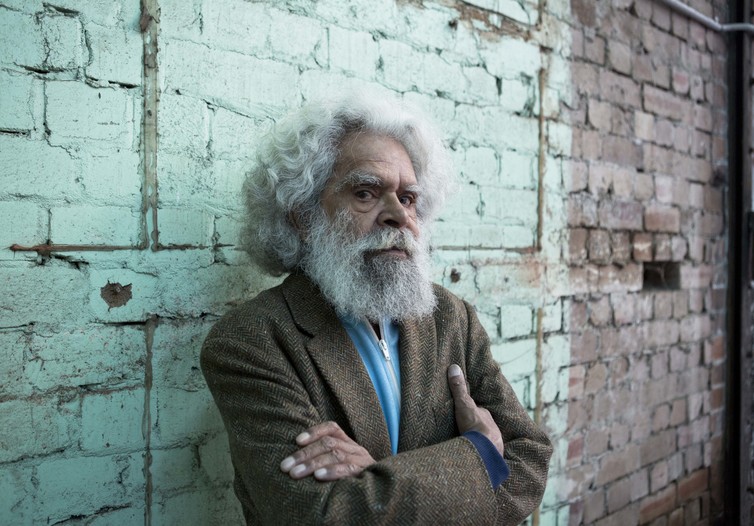 The cast of up-and-comers is rounded out with reliable Australian character actors including Jack Charles as the troubled first Cleverman, while Deborah Mailman plays the indomitable Aunty Linda.

Likely to elicit interest from international audiences is the presence of Iain Glen, most familiar as Khalessi’s right-hand Ser Jorah in Game of Thrones, even though his shady CEO, Jarrod Slade, offers little variation on the familiar trope.

Such a complex world necessitates an exposition-heavy first episode, occasionally creaking under the weight of the narrative detail. However, as Game of Thrones has demonstrated, sex and violence can make exposition more digestible for wider audiences, and Cleverman’s first episode serves up plenty of both.

While some may baulk at a superhero show engaging in political commentary, the spectacle will attract a broad audience, one that might otherwise avoid an overtly political drama. As Charles, one of Australia’s most prominent Aboriginal elders, notes:

“It’s a cautionary tale […] Open your eyes a little further, and imagine our world through this series.”

Liam Burke is a senior Media Studies lecturer at the Swinburne University of Technology. This article was first published on The Conversation.