Choreographer Daniel Jaber admits he’s petrified about how audiences will respond to his first work presented as artistic director of Leigh Warren Dance.

Not only is A Dying Swan a very personal piece – inspired by a 1905 Fokine ballet he has loved since he first studied it at school – it also represents a departure from his usual style and is being presented in a new performance space.

“I was an out and proud contemporary ballet choreographer, but this piece is certainly a radical departure,” Jaber says of the intimate solo dance.

“It’s put me in a very vulnerable position … I’m petrified of what people are going to think, but I think you always are.

“I’m really proud that we’ve committed to doing something different.”

A Dying Swan, which will be performed by Kialea-Nadine Williams in the Leigh Warren Dance studio in the Lion Arts Centre, draws on a lyrical contemporary style of dance, where music is interpreted through its lyrics rather than through melody and rhythm.

The 1905 ballet on which the dance is based was created by choreographer Mikhail Fokine and depicts the final moments in the life of a swan. The original dance was just three minutes long, and was performed by ballerina Anna Pavlova to Camille Saint-Saëns’s “Le Cygne”.

“It’s probably one of my favourite pieces of art across all genres,” Jaber says. “I just love the simplicity – it’s not virtuosic – and the music is stunning.

“What I saw in it was far more complex than a swan that has been shot by a crossbow and is dying on stage.

“I saw a woman whose destiny was to die alone – it was really quite sad when you take it out of the context of being a pretty ballerina swan.”

His own work explores the themes of romance and loneliness through a series of eight vignettes. It is accompanied by some spoken narrative and a soundtrack of both popular and alternative music by artists including Icelandic singer Bjork, British singer-songwriter-dancer FKA twigs, and New York experimental band Antony and the Johnsons.

Jaber says A Dying Swan is less abstract than most contemporary dance, and may leave audiences with the impression that it is like a music video.

“The main goal was to engage more of a general public rather than just ballet lovers and dance lovers … it’s kind of returning to making dance and sound in a harmonious marriage.”

He has been best friends with dancer Williams, who is originally from the UK, for the past eight years. The pair worked together at Australian Dance Theatre, and Williams performed in Jaber’s first independent work, Swanhilda is a Punk, in 2008. Now she is also education manager at Leigh Waren Dance. 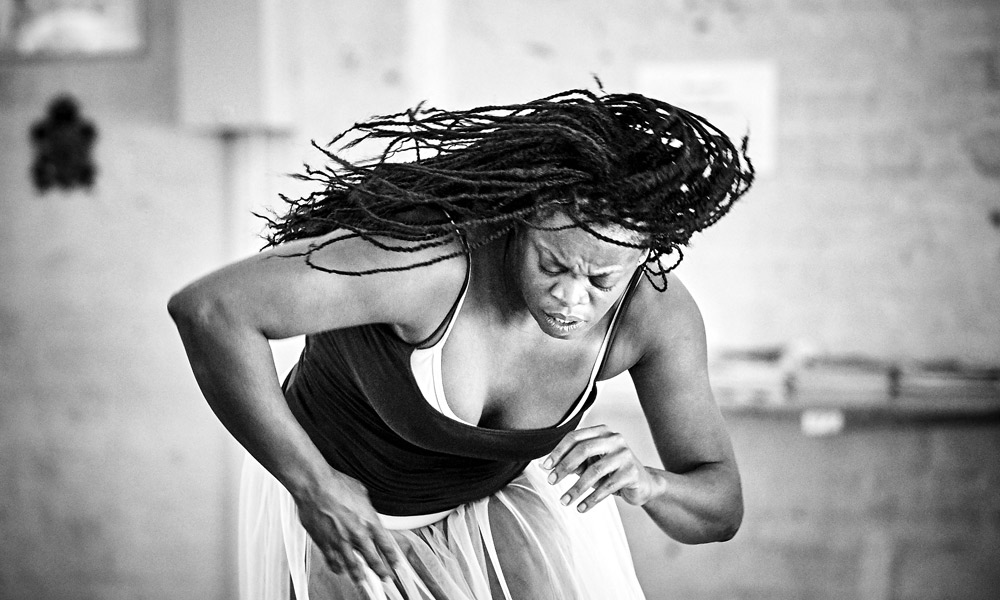 Jaber says Williams’ versatility, courage and ability to convey emotionally complex ideas through dance made her an obvious choice to dance A Dying Swan.

“She’s incredible. She’s one of those really rare, brave, accomplished performers … she’s no doubt one of the state’s finest.

“It’s a very personal work reflecting on my own experiences, so I wanted to work with someone who was completely open, not judgement, and who would understand my dialogue.”

Adelaide Hills-born Jaber, who started out dancing with Australian Dance Theatre at just 17, has built a strong reputation as a choreographer with works such as the Helpmann-nominated Nought (2013) and last year’s Double Bill – Reassessment. He was appointed choreographer at LWD last year and then took over in January this year as artistic director following the departure of company founder Leigh Warren.

The company has faced funding struggles since it lost its triennial funding from the Australia Council in 2011. Jaber says the rejection of three recent funding applications had stymied his plans to present an ensemble piece as his first work this year.

Instead, he decided to change tact – launching a crowdfunding campaign to help raise the money to present the solo work which will also launch the company’s studio, on the first floor of the Lion Arts Centre, as a live performance space.

“What I really wanted to do was to get people into our studio and show people how really amazing it is for dance … so I thought, this isn’t a bad thing, not to have money to make a big stage work, but a really positive thing in terms of introducing people to our space and its potential.

“I decided a really intimate personal solo piece would be my stamp on the company this year.”

A Dying Swan is being presented at the LWD Studio, Lion Arts Centre, between July 10 and 18.