“We’d better keep our eyes on this one,” says Michael Banks, “she’s tricky.”

He’s describing the almost-perfect Mary Poppins, who has magically arrived with her umbrella down the chimney into his family’s Cherry Tree Lane home.

Michael and his sister Jane have been through six nannies in four months, and their fretful mother despairs any nanny can manage her wilful children. She has no help from her husband, who’s so bogged down in the discipline of precision and order that he’s forgotten how to dream (or relate to his family).

“It’s a jolly holiday with Mary,” sings odd-jobs man, Bert. But one never knows when the wind will change and she’ll be gone.

Matt Byrne Media’s production of the Broadway musical is the first time it has been presented in Adelaide. With a mix of songs by Richard and Robert Sherman from the iconic 1964 Hollywood movie, the original stage musical was created in 2004 with permission from Australian author PL Travers. 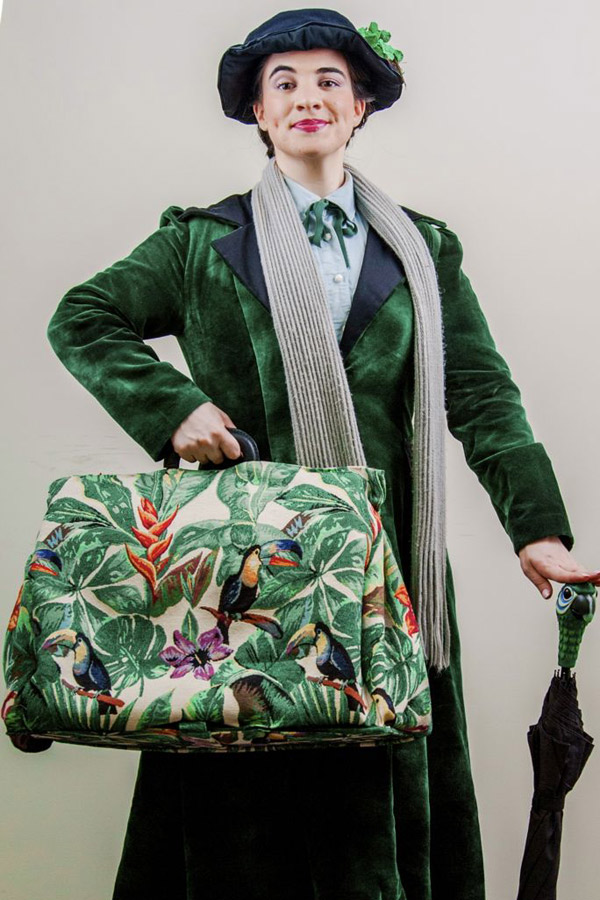 The lead actress in the Adelaide show, Lauren Potter, grew up in South Africa. Like many of us, she read Travers’ Mary Poppins books as a child and fell in love with actors Julie Andrews and Dick Van Dyke in the screen version of the story.

Potter says it is an “absolute delight” to play the role of Mary, and she feels “a clear sense of responsibility” to convey the character. The sterner literary figure emerges so that her no-nonsense manner is balanced by a vivacious heart, where she can tell things like they really are.

Mary only ever takes things on her own terms. Counterpoint to her ability to put her finger on the truth of the matter is the magic that unfolds around her.

The Flinders University animation art team provided a major contribution to the set design of this production, re-creating sights that are otherwise difficult to garner from the big screen. Most effective is the night scene in a London park.

The acting throughout is super: the Banks children are delightful, the parents endearing, and characters in and out of the story are quirky.

The singing is spot-on and the orchestral music is gorgeous – just listen to that French horn. Costuming is classic and gaudy Edwardian. Lovely.

Travers’ story resounds down time – there will always be other children who need nanny Mary Poppins’ help.

Given that no professional staging of the musical has yet made it to Adelaide, this run is sure to sell out quickly.

Mary Poppins is playing at the Arts Theatre on various dates until July 18 and at Elizabeth’s Shedley Theatre from July 23 to August 1.