Amy Winehouse was the incredible voice and lyrical mind behind Back to Black, one of the best albums released in the 00s.

Her admission in 2011 to the “27 Club” – a group of artists who have all died at that infamous age – saw a unique talent snuffed out by the very demons that gave her music such truth and resonance.

Much was made of Winehouse’s troubles with drugs, alcohol and her management. She was subject to the full hurricane force of British tabloid exploitation, and despite a breathtaking talent, the singer became an object of ridicule, milked by talking heads and comedians for punchlines.

Enough time has passed to consider Winehouse’s legacy with a distance from her representation in sensational media. Titled Amy, this new documentary stitches together the rise and fall of her star through archival footage of varying closeness, from saved voicemails and laptop Photo Booth selfies, to red carpet and paparazzi footage. 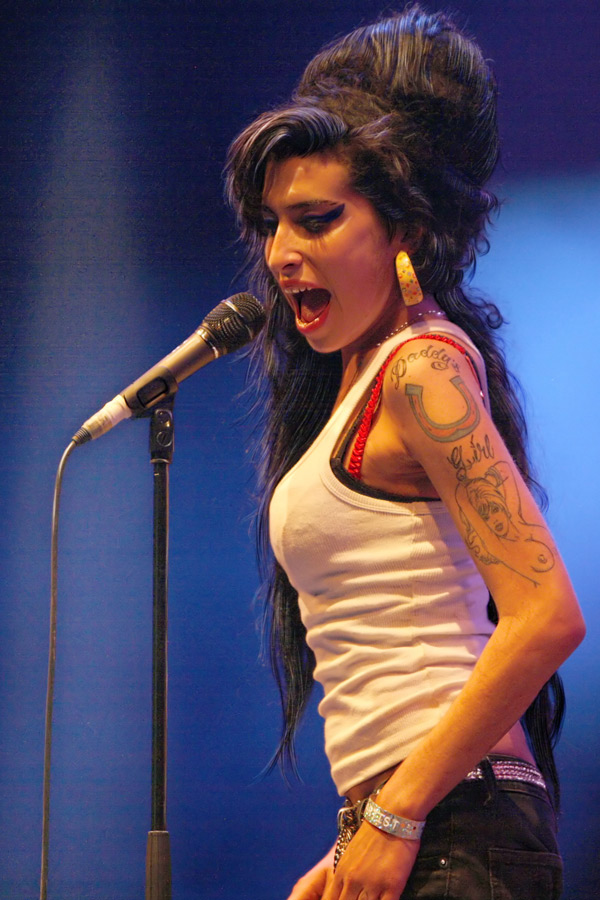 Kapadia presents interviews with her nearest and dearest in audio format only, over the images of Winehouse. We never see the face of an interviewee, and there is no narrator. The effect of this is distance – our perceptions and interpretations are not being overtly organised by the filmmakers. They have not constructed a tear-jerker, nor attempted to level blame on any individual for Winehouse’s inability to get clean.

The film remains a step removed from the visceral horror of a person trapped in addiction, and attempts restraint in editorialising a story already so processed by the media.

In another sense, however, the choice to eschew any narrative anchor is disingenuous and perhaps sneaky. The filmmaker has selected these images and these interviews to construct a narrative, but refuses to take responsibility for the conclusions reached. The project falls into a valley of impact somewhere between biopic and E! True Hollywood Story, not reaching the emotional depths available to either.

Visually, the film is fascinating. In using footage from all manner of sources, its only consistent visual reference is Winehouse herself, painting a textured portrait. The transition from family camcorder to HD video from the Grammys provides a visually fascinating map for this singer’s exploding career, and the film’s most fascinating moments arise from the curation and presentation of candid footage that gives us insight into the misunderstood, mouthy talent in contrast to her media persona.

There’s also an unsettling hypocrisy in the fact that the filmmakers tacitly condemn of the tabloid media and its determination to consume her, while using plenty of tabloid footage to boost their own content.

Nobody emerges from Amy a winner except Amy. Nobody is vindicated, and nobody is condemned, but Winehouse remains the true star of the piece, and her legacy triumphs. Lengthy and well-placed musical snippets from her body of work are accompanied by the lyrics on screen, and highlight how real and mighty her talent was.

The audience sees Winehouse separated from her pop-culture caricature, and is allowed to process the legacy she leaves and the tragedy of her premature death.

Amy is one for Winehouse fans, music fans, and those interested in a story about a person consumed by fame – just don’t expect definitive answers from a film that is all documentary, and no biopic.