Terminator Genisys can’t match James Cameron’s original movie for imagination, originality and influence, but it works in its own right as an entertaining sci-fi blockbuster.

With its exciting fight sequences and unremittingly high-speed tempo, this fifth film in the franchise continues in the same vein as the first two instalments.

Driven by reliable direction by Alan Taylor (Thor: The Dark World) and a nostalgic central performance from Arnold Schwarzenegger, Genisys delivers a flamboyant tribute to the original by utilising familiar lines but spoken by different characters; it also has a similar style and tone.

Scene by scene, encounter after encounter, its action is unrelenting.  Arnie’s back – and he’s a blast, as a time-travelling cyborg in a big-budget, special-effects-laden movie that at times tries too hard to be overtly spectacular. “Hasta la vista, baby!” 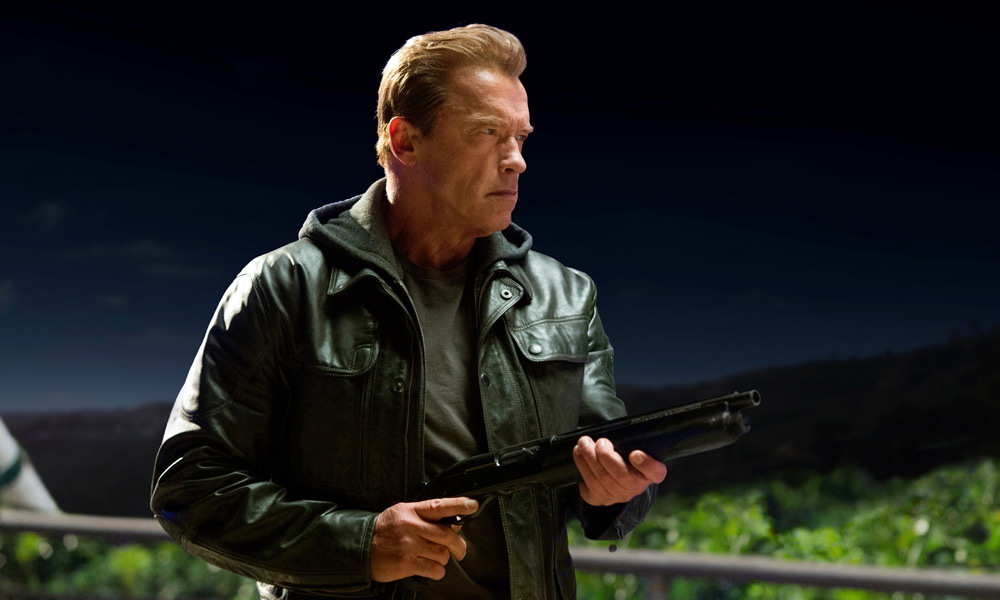 The story sees John Connor (Jason Clarke) send his trusted friend, Kyle Reese (Jai Courtney), back to 1984 to protect Sarah Connor (Emilia Clarke) before she gives birth to John Connor, the future resistance leader who leads the war against the artificial intelligence known as Skynet.

When Reese arrives, he meets a new variant on the T-1000 liquid-metal Terminator. But he’s rescued by a surprisingly feisty Sarah and her guardian, an ageing T-800 (Schwarzenegger) who was sent to defend her when she was nine years old.

In order to reset the future, the improbable trio must destroy Skynet before it turns rogue and decimates the human population.

There are a lot of obvious references to the first Terminator movies and that adds to the fun. Audiences will expect epic special effects, swiftly paced action and distinctly macho conflict, and Genisys delivers, although it doesn’t have the same deep-seated atmospheric tension as the originals.

This is a movie that doesn’t pretend it’s artful. The filmmakers are aware that its appeal lies in the spectacular and nostalgic, and here it ticks all the boxes.