Despite the best of intentions, I sat down to watch Danish director Thomas Vinterberg’s Far from the Madding Crowd without getting around to reading Thomas Hardy’s 1874 novel on which it is based or seeing the 1967 film version hailed as a classic.

Having now read the book and seen both films, I’m glad I watched this new adaptation without any prior knowledge of the plot. If you are a fan of the Hardy novel or the three-hour John Schlesinger epic, you may feel short-changed.

The star of the film is the luminous Carey Mulligan, who is brilliant in her delicate yet down-to-earth portrayal of Bathsheba Everdene. This thoroughly charming and forthright heroine inherits a farm and suddenly finds herself financially independent, managing the property and juggling suitors.

During the course of the film (and novel), Bathsheba becomes involved with three men. The first is Gabriel Oak, played by Belgian actor Matthias Schoenaerts, who proposes to Bathsheba while she is still poor but is turned down because she is committed to remaining independent. Oak’s fortunes take a turn for the worse just as Bathsheba becomes a wealthy woman, and he ends up becoming her loyal employee. 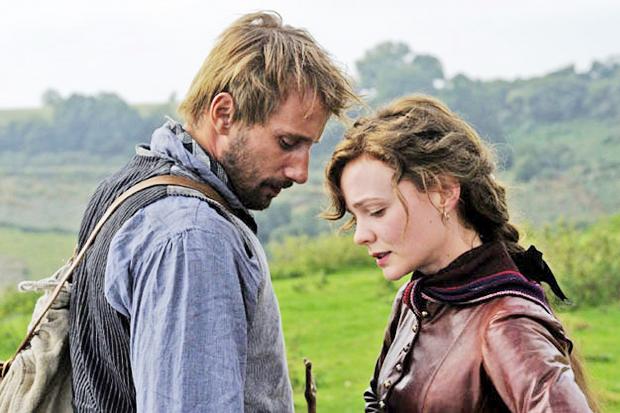 The second suitor is her shy but incredibly wealthy neighbour, William Boldwood (Michael Sheen).  The third, who sweeps her off her feet, is the dashing but arrogant Sergeant Frank Troy, played by Tom Sturridge with an elegantly waxed moustache.

Vinterberg and cinematographer Charlotte Bruus Christensen shot the film on location in Dorset, and the landscapes, Victorian-era manor houses and working farms are stunning.

Once you get over the quaint Victorian habit of men proposing marriage within days of meeting a woman they deem a likely bride, this 19th-century story seems as fresh and engaging as a contemporary tale of romance.

It is a severely condensed version of the novel, yet Bathsheba’s romantic dilemmas and the breathtaking scenery are enthralling. This is a beautiful and enchanting period drama, but lovers of the novel or 1967 film should prepare themselves for a Reader’s Digest version of the plot.