In it, the messianic Brand gallivants around the country searching for unspeakably wealthy tax dodgers to confront, but only ever manages to present his hilariously phrased grievances to reception or security.

He delivers a series of entertaining and convincing monologues, mostly funny public stunts and several heart-breaking interviews with Britain’s working poor, all loosely organised – in collaboration with British filmmaker Michael Winterbottom – into a sort of polemic-documentary-comedy.

This is peak Russell Brand.

He uses his unique position as a celebrity comic activist intellectual to prosecute the beneficiaries of accumulated capital and systematic injustice.

The 80 multi-billionaires who own more than half of the world’s wealth are set against Britain’s impoverished lower classes, with the grotesque cruelty of the situation ably demonstrated. In terms of structure, though, the film jumps from pathos, to comedy, to moral outrage, to silliness as quickly as Brand does in everyday speech.

It’s got both the intelligence and the facetiousness of Brand’s daily YouTube diatribe, The Trews. 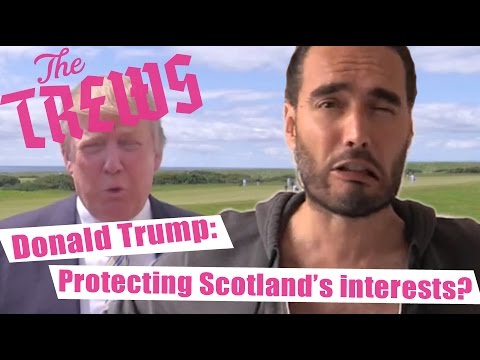 His fans will love it.

There is no pretence here to journalistic fairness: one-word grabs from the relevant powerful men are used ruthlessly out of context, but you don’t feel too sorry for them.

The graphics and the soundtrack that accompany The Emperor’s New Clothes may as well have been randomly selected, but most audiences will forgive that, too.

More importantly, despite its high ambition, this film is about as likely to cause a proletarian revolution as its accompanying #ThingsCanChange hashtag.

It calls for the oppressed to stand up and be counted, and for the super-rich to, among other things, pay their fair share in tax.

But few cleaners working 70-hour weeks at below-the-poverty-line wages, and few politicians or billionaires, will ever watch this film.

The hundreds of thousands who will watch it – the fairly comfortable middle class – can leave the cinema feeling moved and outraged by the grotesque personal injustices inherent in the international capitalist system, but totally free of responsibility to do anything about them.

Aside from a brief mention of the suicide-net-clad Asian factories paying employees $2 a day to churn out our iPhones and MacBooks, the cinema-going middle class suffers no attack from Brand for its part in perpetuating global income inequality.

The Emperor’s New Clothes is an entertaining film, and a moving and important documentary for the times – but I wrote this on my own, personal, suicide-net-covered-factory-made MacBook, and I need to be attacked.