Geoffrey Robertson is a highly intelligent international lawyer and his latest work, An Inconvenient Genocide: Who now remembers the Armenians? has the potential to benefit us all.

The Armenians are a group of people who were living in Anatolia in Turkey: in 1915 more than a million of them were forcibly marched to the deserts of Syria and it is estimated that between 600,000 and one million died on the way or when they arrived.

Robertson points out that the Allies in 1915 declared the atrocity as a crime against humanity but they had no international law to prosecute the perpetrators.

He also comments that current world leaders tend to describe the event as a “tragedy” and fall short of describing it as genocide (trade agreements with Turkey, and the need to have them as a NATO ally against ISIL may be affecting the judgment of some, including Julie Bishop, our own Minister for Foreign Affairs).

Robertson clarifies that genocide does not mean that an entire race needs to be eliminated fro an action to be called genocide, but rather the intention is for at least a part of a race to suffer elimination at the hands of another race. 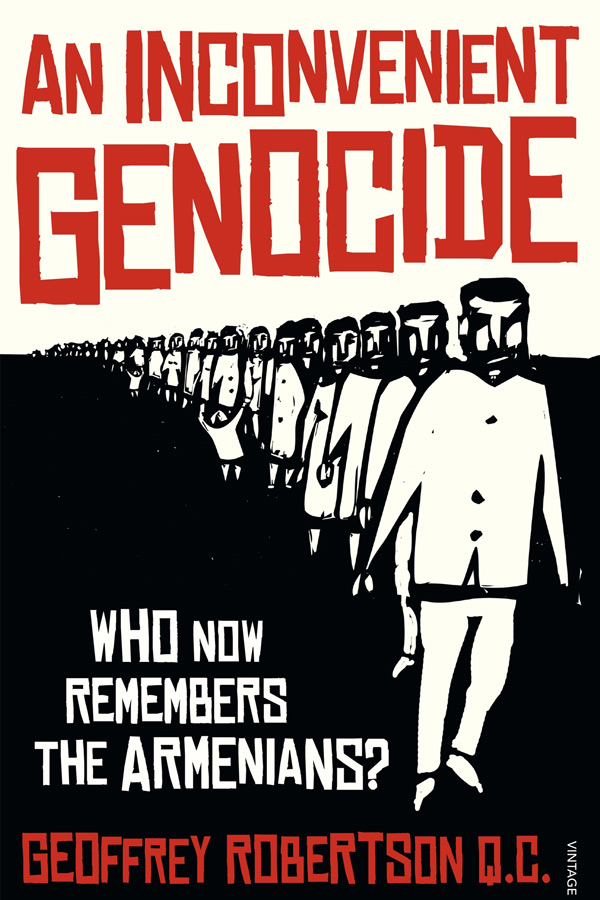 The events may have occurred in 1915 but, as Robertson says, “Where crimes against humanity are concerned, we are all Armenians – the very fact that fellow humans can conceive and commit them demeans us all as members of the human race.”

The essential question Robertson is asking in this book is what does international justice require in respect of state responsibility for a crime against humanity. His keen legal mind clearly makes the case for reparations and for the perpetrators to be brought to justice.

Robertson provides a historical background of the Ottoman Empire, and, to understand recent history in the Middle East, a study of race relations in the past is warranted. It becomes clear that the Armenians were oppressed and discriminated against and suffered acts of violence in the years leading up to 1915.

The extensive descriptions of the cruelty and abuse suffered by the Armenians at the hands of the Ottoman Empire are often painful to read, but it is essential that the world is made aware of such cruelty. The crimes were brought about not merely because of racial and religious hatred but also because of envy of the relative wealth of the Armenians: there are obvious parallels with the Jewish holocaust.

As you would expect of a highly skilled and senior lawyer, Geoffrey Robertson masses a body of evidence that is compelling and convincing; he systematically refutes the arguments of genocide denialists and uses impeccable logic to argue his case. Turkey is not alone in its predecessors having committed genocide; references and comparisons are made throughout this book about what occurred in Rwanda, Sri Lanka, Srebrenica and Australia.

All too often in the modern world, we feel that, as individuals, we can’t make a difference – to warfare, injustice, inequality and international crime. Robertson, with his astute legal mind, has spent years investigating and accumulating evidence about the Ottoman Empire’s decision to deport at least half of its Armenian population. His determined pursuit of the truth about the Armenian tragedy and to have it correctly acknowledged as an act of genocide has resulted in the UK government having to rethink and reword its recent official position which was to describe it as a ‘tragedy’ rather than a ‘crime against humanity’ (which was the British position in 1915).

Acknowledgement of an act of genocide and a willingness to apologise to the descendants of the sufferers [to say “Sorry”] and a preparedness to make some reparations, is the only way for two peoples to go forward in the hope of some kind of reconciliation.

Inconvenient Genocide: Who now remembers the Armenians? is very readable and a worthwhile read: the truth is not obscured with legal jargon, but rather, Geoffrey Robertson has written a significant work that deserves to be read, thought about and discussed.