Budget cuts, new platforms and networks for sale have made for an exciting fortnight in Australian television, just as the major networks announced their line-ups for 2015.

With so many programs announced at once, it seems a good time to step back and identify the trends.

So just what shape will the fools on our idiot boxes take next year? And which idiots will be missing from the box altogether?

Often with the network announcements, the biggest news lies between the lines. It is the shows that aren’t mentioned that must be noted – but also correctly interpreted.

At the ABC, the commissioning model often sees shows rested for a year while something else returns. The Moodys was an example of a show that returned this year after a rest – but it’s not a great example as it’s now rumoured to have been axed. We won’t get confirmation of this, though, as this year-on, year-off model means many shows can go off-air without us ever officially hearing the axe fall.

Comedies such as Upper Middle Bogan, It’s A Date and Black Comedy will seemingly all rest next year as the scripting process would make it unlikely a series could be delivered in time.

Hence, we know already that Utopia and Please Like Me are returning, the latter having had series 2 and 3 commissioned at the same time. Kitchen Cabinet, Adam Zwar’s Agony series and Reality Check are all pending announcement. Ditto anything from The Chaser except The Checkout, which will return.

One ABC favourite, Rake, has been confirmed as safe, though rested for 2015. 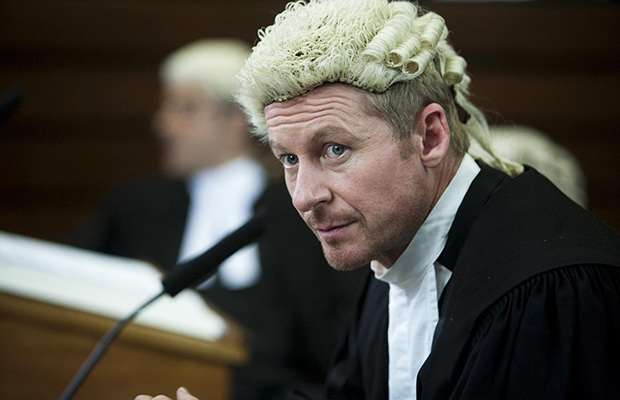 Away from the ABC, the commercial networks can only keep quiet about a show for a short while.

Nine hasn’t officially announced its 2015 line-up yet; it merely sent out some press releases. Notably absent from those has been The Voice: Kids, which had been planned for April, and Big Brother. The latter is rating poorly this year overall, but doing well at grabbing a younger audience, so it’s a bit early to say it’s done for.

Though it has had a huge showcase, Seven has been similarly quiet about Beauty and the Geek (losing to Upper Middle Bogan in the ratings) and this year’s debutant Bringing Sexy Back, which rated poorly. After only one year of in-house production, Seven has taken Amazing Race Australia from an International Emmy winner to an unwatched trans-Tasman flop and may want to quietly sweep that mistake under the carpet.

On Ten, it’s the dramas that are in trouble, particularly all the ones made by John Edwards. No mention of Party Tricks or Puberty Blues at the upfronts, while Offspring negotiations were tagged as a work-in-progress.

Missing and gone for good

As this is the time of year when networks are wooing advertisers, they don’t want to officially axe anything, but sometimes they have no choice. The impending arrival of Netflix in Australia means that Foxtel has lost the rights to some of its big drama offerings.

The biggest loss is House of Cards, which will not return to Foxtel, while Orange Is the New Black will have only one more series on cable. It will also miss out on the big new Netflix shows like Sense8 (a sci-fi show from The Matrix’s Wachowski siblings), the first of four new Marvel series Daredevil (to be followed by Luke Cage, Iron Fist and Jessica Jones) and Bloodline. 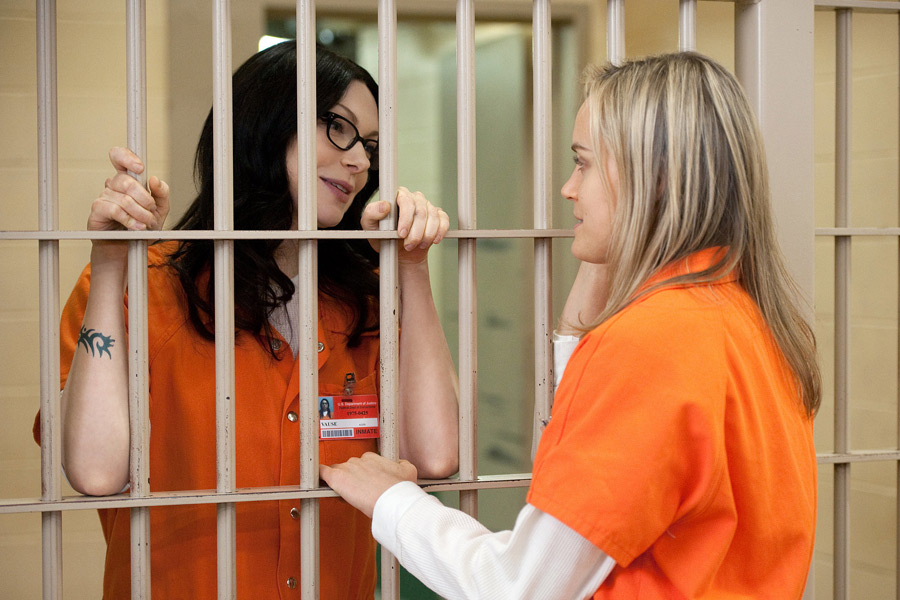 Orange is the New Black will have just one more series on Foxtel.

Advertising isn’t an issue at the ABC, but money certainly is. The rumour is $200-$300 million has been axed from the combined budgets of SBS and ABC over the next five years. If true, it could mean adding ABC2 as a whole to this list and will certainly see a number of shows axed in the new year.

A couple of early casualties at the ABC that have been confirmed are The Roast and Big Ideas.

Ten’s owners are also on the endangered list, as the entire network is for sale, so by this time next year it could be a whole new channel, with mumblings of everything from a Right-leaning news channel to a youth network.

Some old heavyweights return to the ABC in 2015. The Gruen Transfer and Redesign My Brain mark a double dose of Todd Sampson. Meanwhile on SBS, Go Back to Where you Came From returns, with the candidates set to be reverse-refugeed to Syria and Baghdad.

While Neighbours has never left our screens, merely migrating to Eleven, the series turns 30 in 2015 and many old cast members are set to return for special episodes. The pair looking most likely is Anne Charleston, aka Madge Bishop, who is set to be reunited with Ian Bishop (Harold), despite her character’s death 13 years ago. Many other alumni are expected to return for a documentary special to celebrate the anniversary, but while Kylie Minogue, Jason Donovan and Guy Pearce have all been confirmed, we’ll have to wait and see if they will cross over to modern Ramsay Street.

The big-rating shows this year were the cooking and renovation reality ones, so in 2015 we will see two series of House Rules, two series of The Block and an even longer series of My Kitchen Rules, which promises even more home restaurants.

Meanwhile, The Biggest Loser will return, and will return to the “families” theme that saw it last do well in the ratings in 2011.

Having slumped a fraction in the ratings this year despite an impressive judge overhaul, The Voice would appear to have lost its biggest new judge in Will.i.am – if the rumours are to be believed. Meanwhile on Seven, there is pressure to axe Redfoo from The X Factor after the backlash to his latest song “Literally I Can’t”, however it will have plenty of time to ride out this particular storm.

Little is known about Charlie Pickering’s new show on the ABC, which doesn’t even have a name; it’s being described as “a news comedy show, a tonight show, a chat show and a panel show all in one”. So it’s either The Project on the ABC, or the Daily Show on the ABC.

Speaking of the familiar, Seven’s new reality show is Restaurant Revolution, which is really just My Restaurant Rules, the two-series cooking show from 2005-06, with one major difference: the contestants (presumably a pair from each state) will have to renovate their restaurants before running them.

Similarly (in more ways than one), Ten is so happy with the media attention that The Bachelor got after it finished that it is commissioning The Bachelorette to run alongside it at the end of 2015. The rumours are that this year’s winner/reject Sam Frost is either definitely the star, or definitely not.

We love ourselves, give us more reality

The reality is that Reality Television is the “water cooler” television nowadays. The must-watch program that lets fans share their fandom on social media and in the office. So we’re getting more.

Nine is giving us Married at First Sight, which is exactly what it says on the box: strangers get married on television. Expect this to be used as evidence by both sides of the gay marriage debate.

Ten is then going to show us every-day Australians trying to sell an idea to entrepreneurs in Shark Tank, while even more everyday Australians pretend they are actually celebrities in I’m a Celebrity … Get Me Out Of Here.

Finally, Ten and Foxtel are combining to give us the ultimate reality-television Gogglebox, where we watch people watching television.

Reality is better than drama

Even the big Aussie drama series will be based in reality next year! Nine has Gina v Rose: House of Hancock. Seven has Catching Milat. Ten has Mary: The Making of a Princess and The Peter Brock Story.

Finally, the centenary of Australia’s most famous military campaign has sparked a battle of its own.

Nine has made sure to advertise Gallipoli, the drama series from John Edwards, around every show it has run this year. It is joined in ANZAC drama by Foxtel, which will air Deadline Gallipoli, the series starring and executive-produced by Sam Worthington. 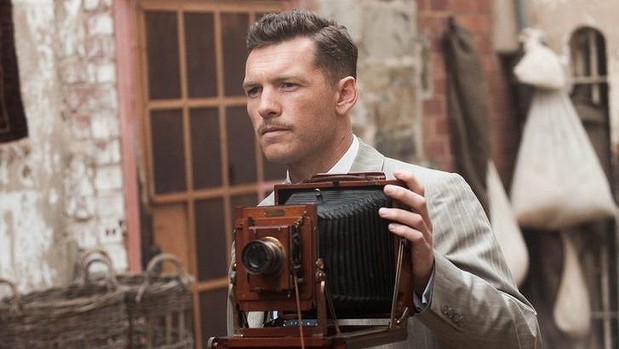 The other networks will fill the airwaves with documentaries. Seven has the series Gallipoli: The Power of Ten, about 10 Victoria Cross winners. The ABC has four separate high-brow ANZAC documentaries, while Ten has announced a series of “mini-documentaries”.

We can also expect the week leading up to ANZAC Day to be dominated by news coverage.

Well, there is one more trend to identify, or rather fail to identify. The mystery show. Nine is promising “two brand new formats” in 2015, while Ten has “a new, multi-night entertainment show” that it says it’ll tell us about in the new year.