The Southern Hemisphere’s first learning-disability-led film festival kicks off in the Barossa Valley this month.

Inspired by the United Kingdom’s Oska Bright, members of local company Tutti Ensemble have created a film festival with one criteria: filmmakers must have a learning disability.

“I think it is quite hard for people with a learning disability to get involved with filmmaking,” says Sit Down, Shutup and Watch (SDSU&W) committee member Samantha Charles. “That is why it is good that we have the festival for people like us who are quite inspired and enthusiastic about creating films.”

SDSU&W Film Festival was born out of a series of workshops Oska Bright held in Adelaide and regional South Australia in 2011.

Keeping Tutti’s commitment to developing programs outside the metropolitan area, the English filmmakers with a learning disability taught filmmaking with accessible equipment and software over six weeks. This peer-to-peer teaching was the catalyst for the new festival and its philosophy.

“It’s about having a cultural sort of shift and nurturing a culture for young disabled filmmakers,” says festival chair Lee Witczak.

“People are only as disabled as their environment, so if we start to create a culture where it is acceptable for everybody to be able to create, then we are automatically adapting the culture to enable that to happen.”

The festival committee, made up of artists with learning disabilities, has been planning the SDSU&W Film Festival since early 2012. It has also run its own workshops teaching others with a learning disability how to make short films and new media projects. 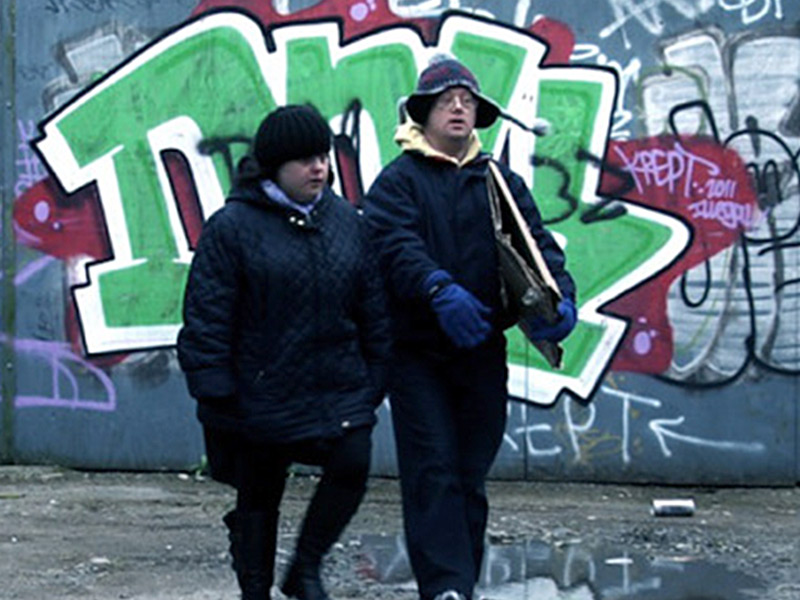 Joe and Sarah, a film by John Delaney about a couple with Down syndrome.

“It is really important that a space is available for learning-disabled people to be in control of telling their own stories,” says Martin Sawtell of Access2Arts, South Australia’s peak disability-led arts organisation.

“The challenge is in loosening the grip of others who, rightly or wrongly, feel it is better to let other people do it for learning disabled people.”

He says these workshops ultimately lead to people with learning disabilities telling their own stories without others re-interpreting or re-contextualising their view.

“It empowers the voice of learning-disabled filmmakers and demonstrates the capacity of all disabled people,” adds Sawtell.

A call for entries earlier this year garnered 43 entries from across Australia as well as the United Kingdom, Ireland, Israel and Germany.

Keeping its commitment to programs outside of metropolitan areas, the festival will be held on Friday, October 31, at the Angaston Town Hall in the Barossa Valley. It will screen 41 of the 43 entries and also hold an awards ceremony.

The full program for Sit Down, Shutup and Watch is online, with films groups in categories including Films About Relationships, Films That Make Us Think, Animation, Films that Make Us Dance & Sing, Films That Make Use Smile, and Spooky Stuff. There will also be a Filmmakers’ Forum and a showcase of films from the Oska Bright Film Festival (UK) and The Other Dreamers (Israel).